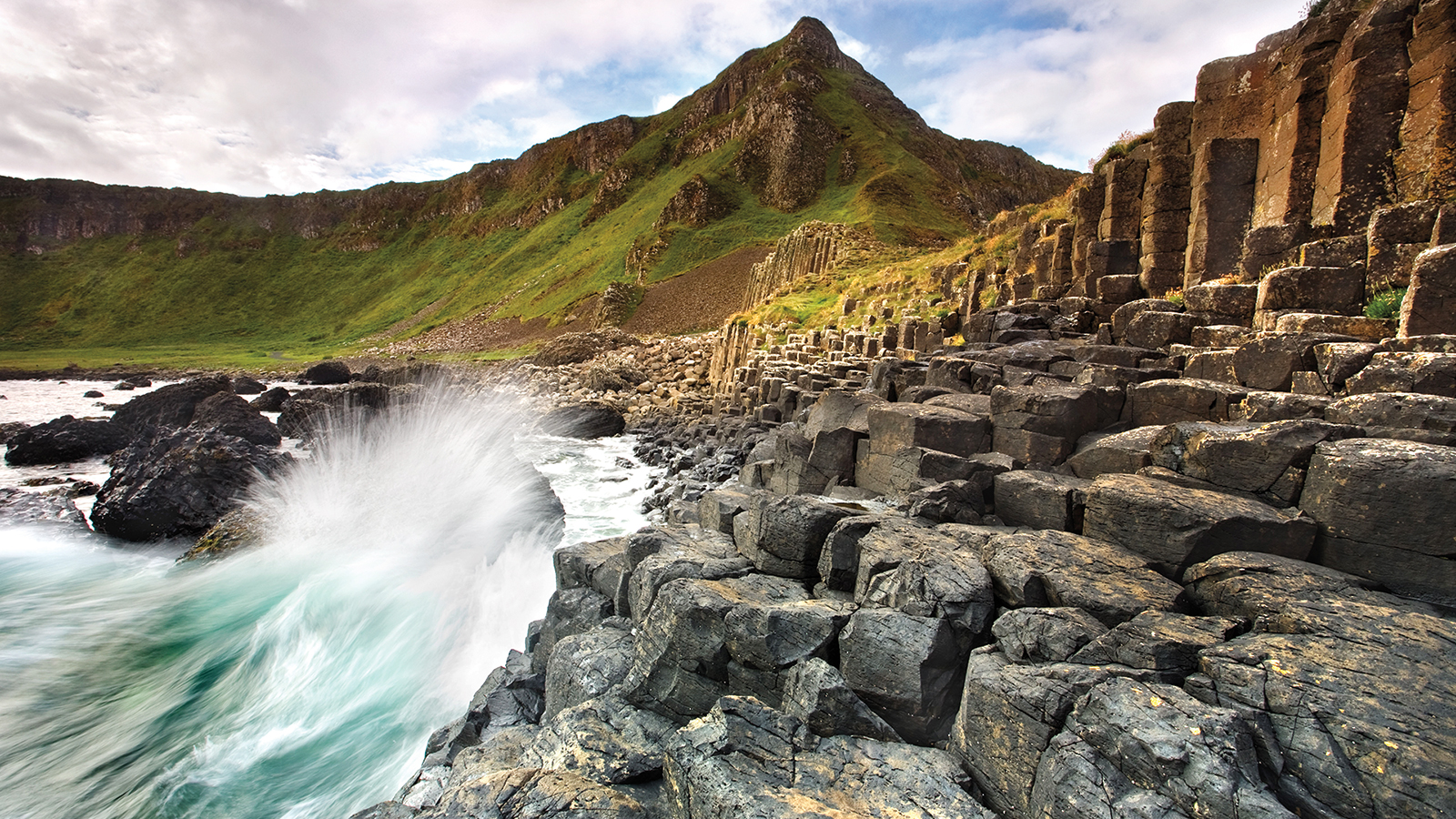 There’s more to Ireland than whiskey, of course—though that’s a big reason to visit. If you’re planning a trip to the Emerald Isle, make it unforgettable with these can’t-miss activities.

Feel The Force of Nature

What better place for a nip from the hip flask than the dramatic Atlantic Drive on Achill Island, the Cliffs of Moher, or the Ring of Kerry? Follow the Wild Atlantic Way, the rugged edge of Ireland route that runs south from County Donegal to County Cork, which provided such spectacular filming locations for Star Wars Episode VIII. Seek out the Yoda mural on Farren’s Bar, you must.

After a year of commemorative events in Ireland, visit Kilmainham Gaol, Dublin to witness where the leaders of the 1916 Easter Rising were imprisoned before their execution. Quite a few whiskey companies have made their own proclamations this year by releasing special 1916 bottlings. For set-jetters, the gaol is familiar as a film location for In The Name of the Father, Michael Collins, and The Wind that Shakes the Barley.

Pour a whiskey and chug along, as the magnificent scenery rolls by on a luxury grand tour of Ireland by train. Get the red carpet treatment at the Old Bushmills Distillery and a private experience at the Irish Whiskey Academy in Midleton; just a taste of the treats you can anticipate as a guest on board the Grand Hibernian.

Ask any toucan and they’ll tell you that they make 2.5 million pints of the black stuff at the Guinness brewery in Dublin every single day. You know they say that Guinness tastes better in Ireland because it hasn’t traveled? Well, now it’s your turn to put that legend to the test. Taste the perfect velvety pint in the Gravity Bar at the Guinness Storehouse. 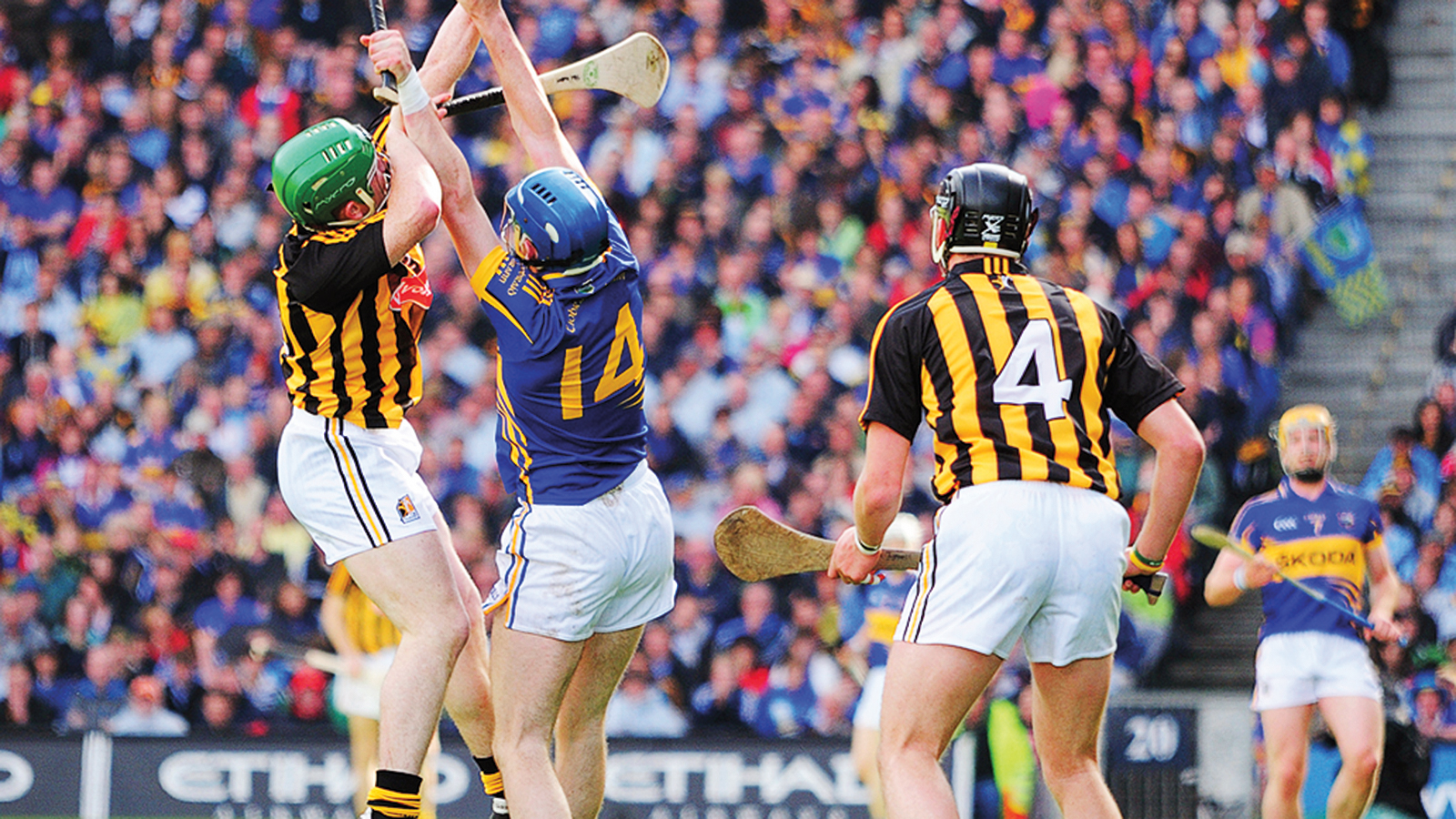 Hurling (this is Kilkenny vs. Tipperary) is a popular sport of Gaelic origin. (Photo by Piaras Ó Midheach)

Learn about life on the Titanic by visiting the Harland & Wolff shipyard where she was built and launched in Belfast and her last port of call at Cobh, County Cork where 123 passengers came aboard that fateful maiden voyage. Over 1,500 souls (and 24 bottles of Berry Bros. & Rudd finest malt) were lost when she sank in 1912. Between you and me, it’s still considered poor taste to put ice in your Titanic whiskey.

Making a beeline to Garavan’s Bar to order one of their famous whiskey tasting platters is a great introduction to the many pleasures to be had in Galway. Strike out west into the Gaeltacht to the Connemara National Park to revel in the wild, unspoiled beauty of the Twelve Bens and the charms of Spiddal, Roundstone, and Clifden. Alternatively, head south to County Clare to experience the tranquility of the Burren and its remarkable landscape of limestone pavement.

Check Out This Book

The awe-inspiring Long Room chamber of the Old Library at Trinity College contains a priceless collection of precious manuscripts and texts, but one book gets all the attention: The Book of Kells, four volumes of richly illustrated calf vellum manuscript dating from the 9th century, comprising intricate Celtic knots and colorful, ornate illustrations. Truly unmissable.

Immortalized in the folklore legends of giant Finn McCool outsmarting his nemesis Benandonner, the Giant’s Causeway, County Antrim, is a breathtaking UNESCO World Heritage Site made up of basalt columns. Add to the sense of discovery and exploration—it’s just down the road from the Old Bushmills Distillery.

Be A Team Player

Bravely grip your hurley stick and thwack the sliotar up the field when you try out the frenetic sport of hurling. Gaelic Football involves a different skill set of kicking and hand-passing the ball to score points. Give it a go! No prior experience necessary. Playing days behind you? Head to Croke Park on match day to experience the electric atmosphere.

Get Some Winter Sun

Hush! Sunrise on the winter solstice, and a shaft of light illuminates the 60-foot stone passageway leading to the central burial chamber deep inside the colossal burial mound at Newgrange. This spine-tingling event lasts barely 17 minutes, but will stay with you for a lifetime. The megalithic tomb with its ancient stone carvings is more than 5,000 years old, predating the Pyramids.