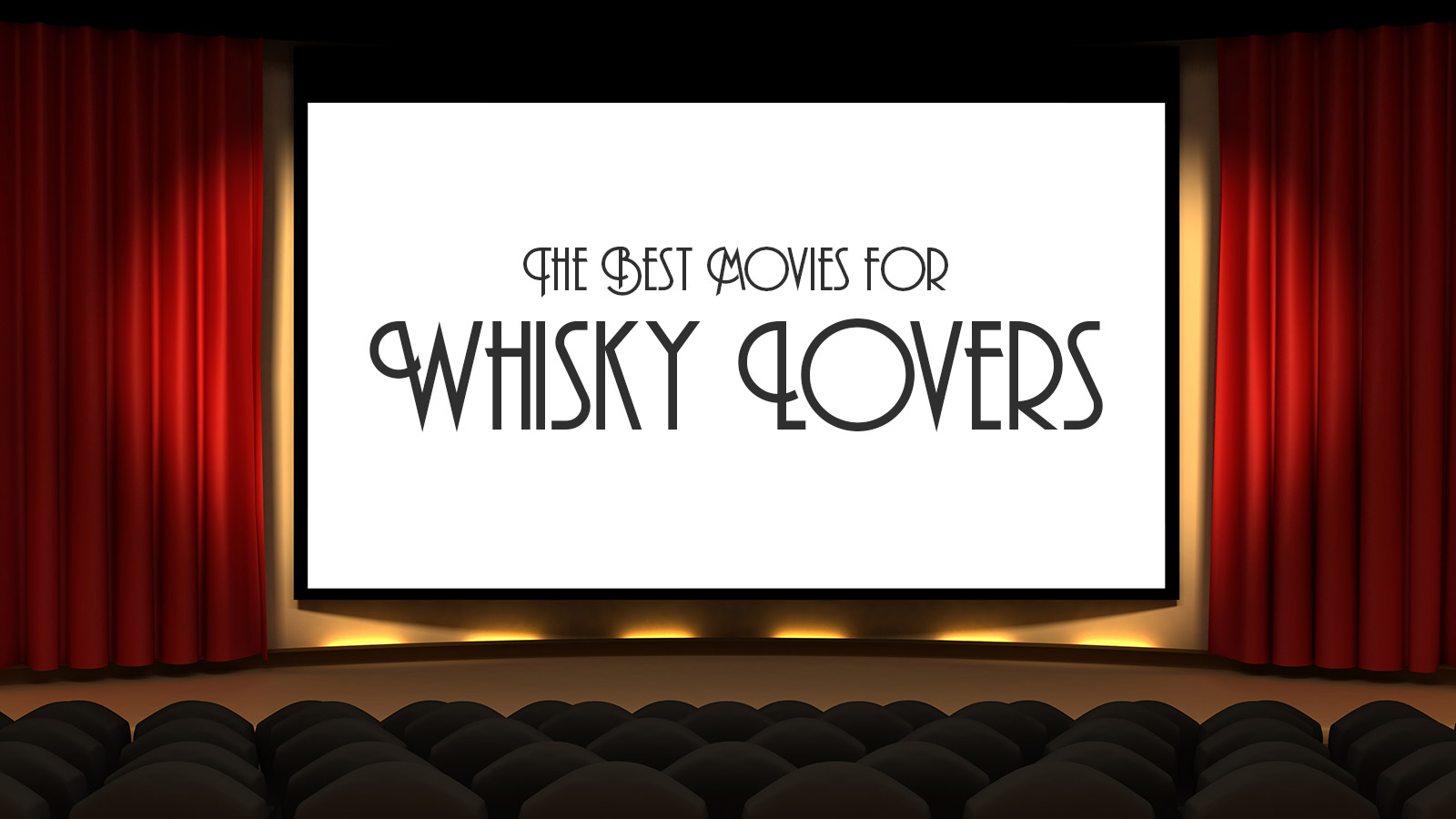 Whether it’s James Stewart’s surprise that his doctor prefers beer to whisky in Harvey, Bogart sipping bourbon while pining for Bergman in Casablanca, or William Bendix ordering a bourbon with a bourbon chaser “in two separate glasses” in The Blue Dahlia, whisky makes many cameos on the silver screen. But a few films feature whisky to an extent that’s sure to equally delight cinephiles and whisky lovers alike. Whether your tastes lean toward westerns or horror, single malt or bourbon, we have the perfect movie—and a whisky to match.

Ken Loach’s British comedy/drama is a must-see for whisky lovers. A Glaswegian delinquent with a discerning palate for whisky tries to start fresh after becoming a dad. He and his friends from a community service group embark on a caper to make money by stealing from a rare barrel of fictional “Malt Mill” whisky.
Pair with: Auchentoshan Three Wood ($70), a well-rounded Lowland known as ‘Glasgow’s malt whisky.’

The great comic curmudgeon W.C. Fields may be whisky’s greatest advocate both on and off the screen. After all, he was once quoted as saying, “Always carry a flagon of whiskey in case of snakebite and furthermore always carry a small snake.” This Universal film, where he’s hired as a security guard in a bank after accidentally foiling a robbery, is one of his best.
Pair with: Fields once quipped that his epitaph should read “Here lies W. C. Fields. I would rather be living in Philadelphia,” so let’s raise a glass of a historic brand with Pennsylvania roots, Rittenhouse Rye Bottled in Bond ($28).

Based on a comic book, this action comedy starring Colin Firth and Taron Egerton spoofs the Bond spy genre. Among the highlights is an amazing fight sequence in which a glass of Dalmore Sinclair 62 year old is precariously passed from character to character. Don’t plan on tasting it; the last bottle sold for about $250,000 in 2011.
Pair with: Old Forester Statesman ($55), which plays a feature role in the sequel Kingsman: The Golden Circle (2017).

This classic noir/mystery, directed by Otto Preminger, features a bottle of scotch as a pivotal clue. Detective Mark McPherson (Dana Andrews) realizes that the title character (Gene Tierney) was not alone in her apartment because she would never drink such a cheap brand of Scotch whisky (the fictional Black Pony Scotch).
Pair with: Cheap scotch doesn’t have to be bad. Track down some Duncan Taylor Five Star, a solid blended scotch priced around $17.

This multi-Oscar nominated film from writer/director Sofia Coppola stars Bill Murray as a world-weary actor filming a Suntory commercial in Tokyo. He meets a neglected young wife played by Scarlett Johansson and, as the two become friends, they change each other’s lives forever.
Pair with: The Hibiki 17 year old featured in the film is exceedingly rare, but the delicate and poised Hibiki Japanese Harmony ($65) won’t disappoint.

British spy James Bond’s most-cited drink remains the Dry Martini (shaken, not stirred). But Skyfall contains a memorable William Tell-style sequence with Daniel Craig (our current Bond), Javier Bardem, and a bottle of Macallan 50 year old.
Pairs with: 18…Macallan 18. Compared to the 50 year old, this luscious, sherried dram is a bargain at around $225, and as suave as Bond himself.

In this drive-in favorite, Lucas Doolin (Robert Mitchum) runs illegal moonshine in a souped-up hot rod with a treasury agent (Gene Barry) and rival moonshiners in pursuit. After failing to woo Elvis Presley for a part in the film, Mitchum instead cast his own son, James.
Pair with: Packaged in a red can, Stillhouse Original Whiskey ($28) is unaged corn whiskey filtered through charcoal. Certainly smoother than Doolin’s cargo.

John Wayne starred in this 1969 classic as “Rooster” Cogburn, a whiskey loving, one-eyed U.S. Marshal hired by a young girl to help track down her father’s killer. His preferred whiskey? “Genuine, double-rectified bust head. Aged in the keg.” But many feel the Coen Brothers remake, with Jeff Bridges replacing Wayne, is even better.
Pair with: Rooster would appreciate a western favorite like High West Rendezvous Rye ($60), a wonderfully spicy, old-school rye blended in Park City, Utah.

Director Danny Boyle put a unique spin on the zombie genre. Jim (Cillian Murphy) wakes from a coma to find London deserted. A virus has turned the populace into rage-fueled killers who—in a twist—move very, very fast! Murphy meets up with other survivors including Frank (Brendan Gleeson), an opportunistic looter with a taste for Islay single malt.
Pair with: You probably won’t scoop it up for free like Frank, but you’ll surely enjoy his preferred dram: Lagavulin 16 year old ($70).

Based on a real incident, this was the first big hit for England’s Ealing Studios. An isolated Scottish island is cut off from their whisky supply due to wartime rationing. But when a ship loaded with their beloved libation runs aground offshore, hijinks ensue as the islanders claim their share. The film was also a huge success in France, where it was called Whisky A Go-Go and inspired a French disco. Remade in 2016.
Pair with: The whiskies recovered from the ship that inspired the film came from W&A Gilbey, owners of Strathmill and Knockando. A popular Speyside like Glenfarclas 12 year old ($50) will float your boat.

Jeffrey S. Miller is a film historian who works for the Academy of Motion Pictures Arts and Sciences’ Margaret Herrick Library in Los Angeles.