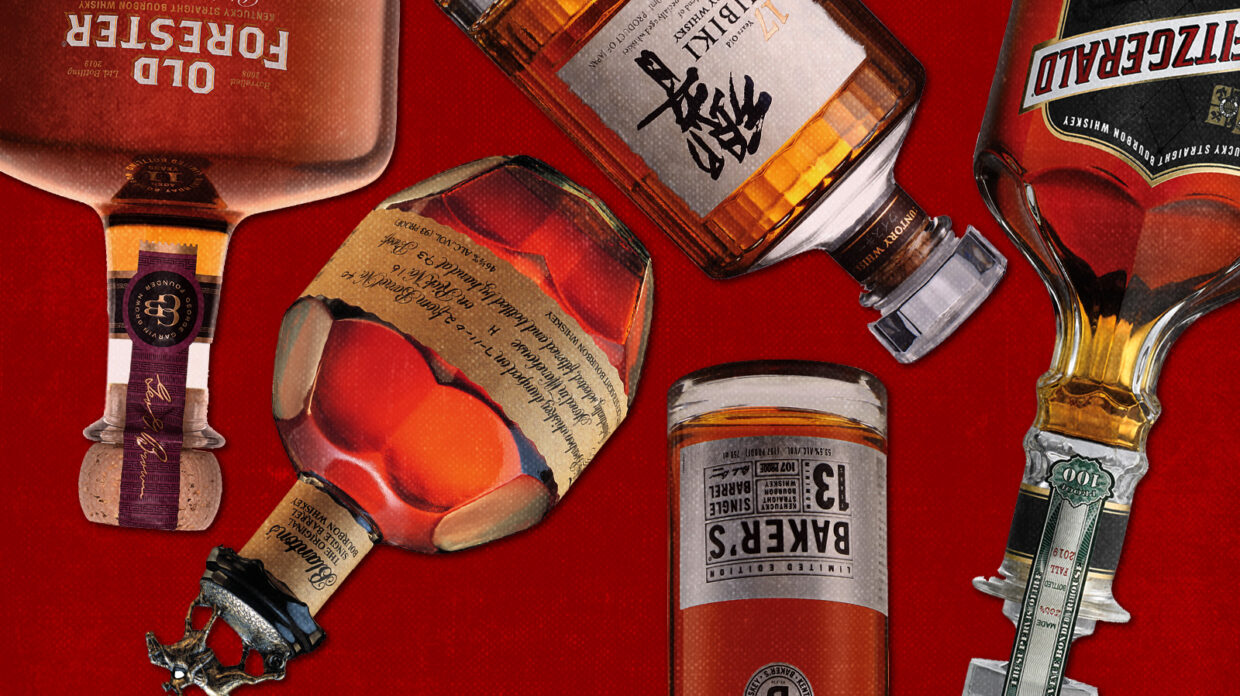 Wondering which whiskies are most flipped, sold, or traded on the secondary market? We scoured a half-dozen private Facebook and MeWe groups to compile this list, averaging the various prices at which the bottles sold. To get a better understanding of how and why these bottles are so in-demand, check out our exclusive report that goes deep into the world black market bourbon.

MSRP: $37
Secondary Market Price: $150
The potential margins on this bottle are generous and, given the scattered national allocation, people in some regions where it isn’t distributed will pay as much as $200.

MSRP: $60
Secondary Market Price: $120+
Depending on the date it was dumped from the barrel, as stated on the label, this whiskey’s prices can fluctuate immensely. People searching for specific dates to commemorate anniversaries or birthdates will pay $300 or more.

MSRP: $99
Secondary Market Price: $200
This single barrel was distributed via lottery in some control states and often unavailable in others, making it a current darling.

MSRP: $100 (2019 Release)
Secondary Market Price: $350
Demand for this annual limited release has risen considerably, especially among collectors who want to complete a set.

MSRP: $100
Secondary Market Price: $400
Regular Elmer T. Lee fetches about $150, but the limited availability of the special-edition tribute bottle has made the price soar.

MSRP: $99 (2019 Release)
Secondary Market Price: $725
Consistently high-scoring and limited, this is the current star of the Buffalo Trace Antique Collection, all of which fetch high prices on the secondary market.