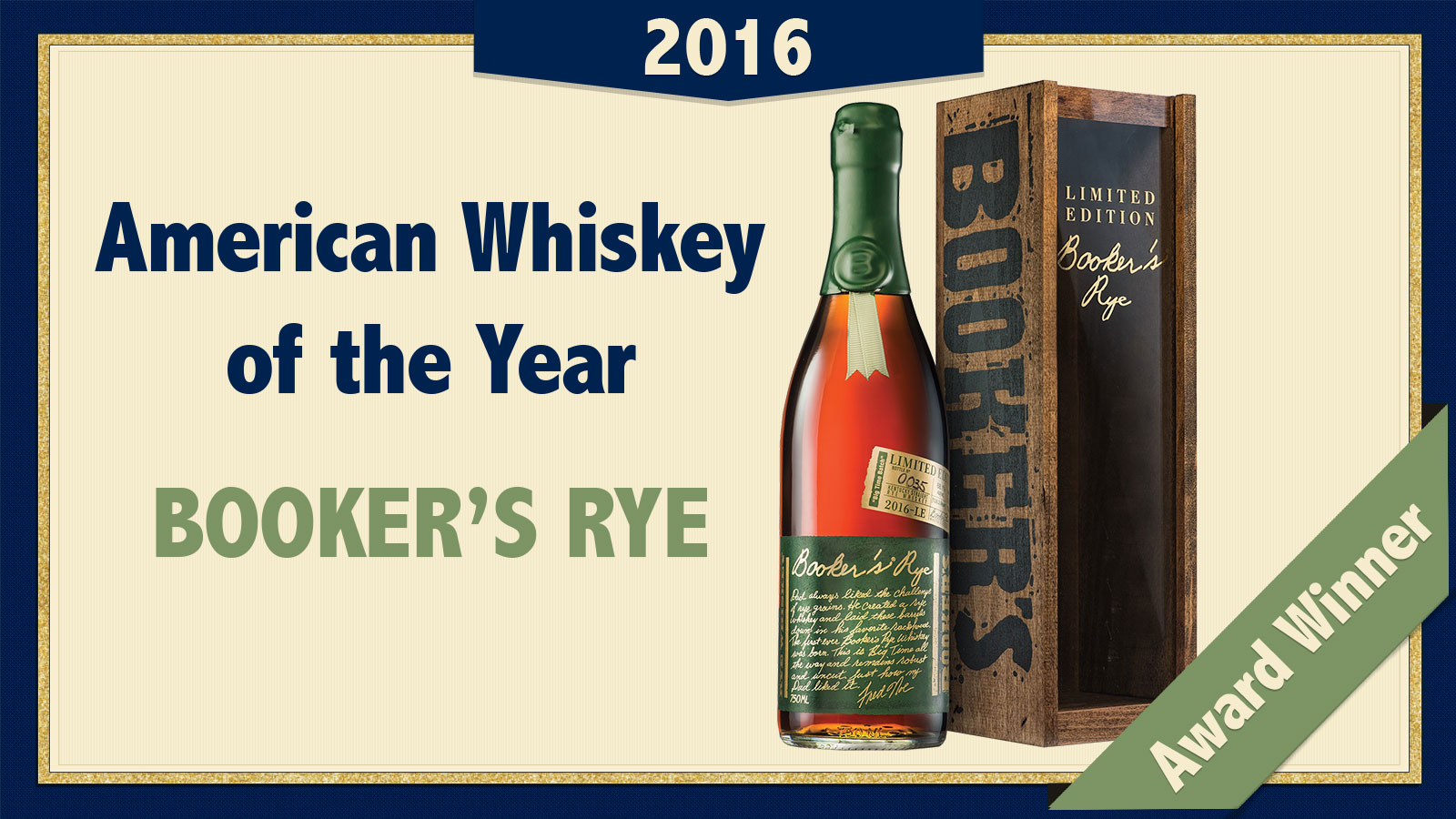 Booker Noe accomplished many things in his career. When he passed away in 2004, rye whiskey was low on the list. Now, that has changed.

Before he died, Booker filled 100 barrels that aged for 13 years in Jim Beam warehouses D and E. The end result is this year’s American Whiskey of the Year, which ranks among the best whiskeys Booker ever made. In addition to high scores, these awards factor in trendsetting, ingenuity, and creativity, too. Plus, there’s a nostalgia factor: this whiskey is one of our last connections to American whiskey’s first “rock star” distiller.

As I tasted the crème brûlée, with a sultry smokiness, raw honey, and nutmeg dusting I couldn’t help but think, “What if Booker Noe did the same for rye that he did for bourbon?”

MGP’s 95% rye mashbills dominated the rye resurgence, and many new consumers assume rye should taste like those MGP products. We need more variety in American rye, and Booker’s Rye is a great model for new distillers and Kentucky to follow.

The natural essence of Booker’s Rye is more pronounced than a filtered 90-proof rye. Booker’s layers the palate with a robust butteriness that’s difficult to obtain with chill filtration. When it’s uncut like this, a drop of water doesn’t just dilute, it creates a completely new tasting experience. In the small but mighty category of unfiltered and uncut rye, Booker’s demonstrates complexity, nuance, and boldness.

Booker would be proud of the final outcome of his little rye experiment.