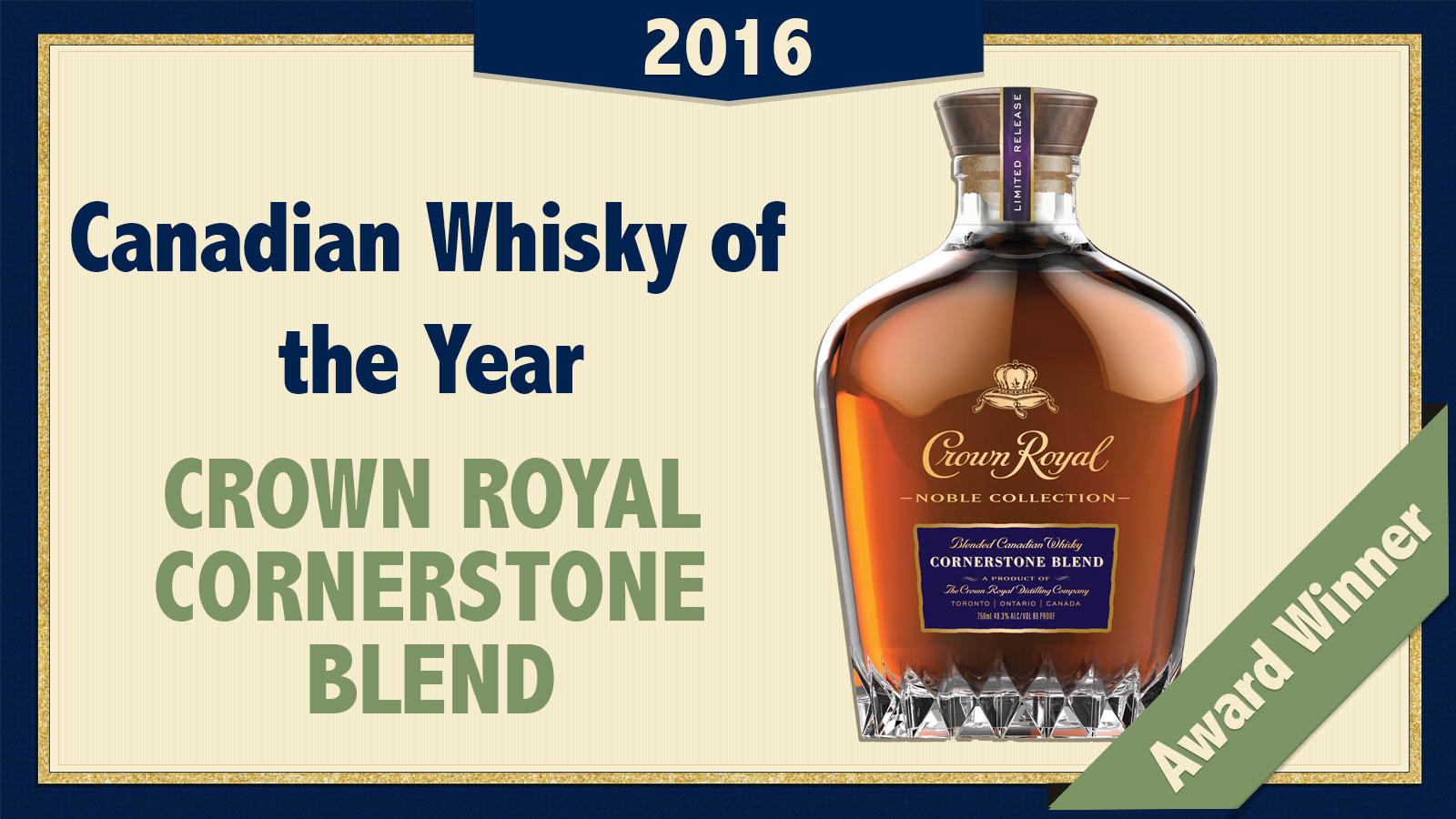 A wealth of great new Canadian whiskies in 2016 made it difficult to select just one winner. The sublimely complex Gooderham & Worts, a bourbonesque 14 year old from J.P. Wiser’s called Last Barrels, and Ninety, a creamy, spicy 20 year old all-corn whisky from Highwood Distillers, were strong contenders. When all was said and done, Crown Royal Cornerstone Blend emerged as this year’s Canadian whisky champion. The first release in a new series called the Noble Collection, Cornerstone Blend happened by chance, and if you don’t taste it soon you likely never will.

Once all the different base whiskies have matured, blenders mingle them together in massive blending tanks. Mature flavoring whiskies are mingled separately. These sub-blends are then loaded into different railway tanker cars, only to be brought together at a bottling plant in Amherstburg, Ontario.

A few years ago, when they were making a batch of Crown Royal Deluxe, workers at the Gimli distillery accidentally blended in an extra tanker car of flavoring whisky. Rather than leave an expensive railcar out of service, they transferred this whisky back into barrels to await future needs. In the barrel, new crisp oaky notes, rye spices, soaring florals, and hints of chocolate developed, and so Cornerstone Blend was born. It’s a whisky that will never be repeated, and it’s a dilly.