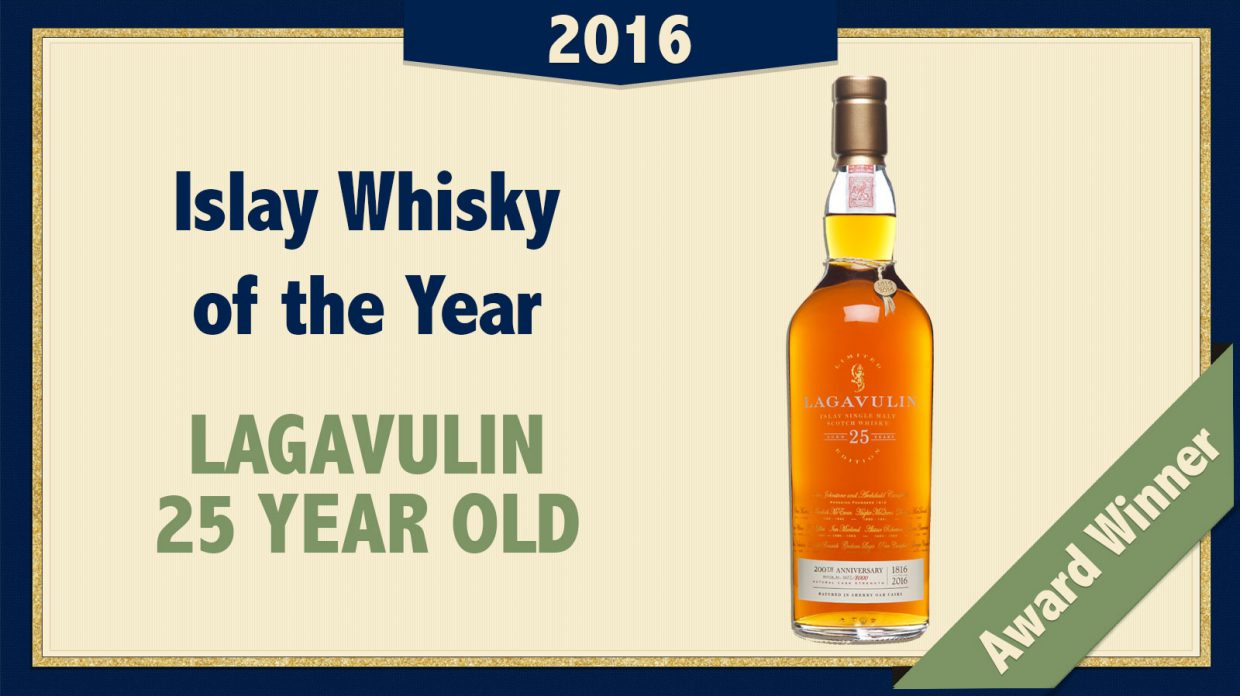 Lagavulin Distillery celebrates its bicentenary in 2016 and as part of the celebrations, two new, limited-edition expressions were released, pitched at opposite ends of the age spectrum. First came a highly regarded 8 year old, though for some this seemed slightly too youthful to do this big, complex whisky full justice. Not for nothing is the Classic Malts expression so widely beloved bottled as a 16 year old, though the fifteen cask strength Special Release bottlings at 12 years of age have been uniformly impressive, too. Later in 2016 the age balance was redressed with the launch of a cask strength 25 year old variant, fully matured in sherry casks.

Most Islays thrive over time in well-chosen sherry casks, and Lagavulin is a prime example. This particular release was the first 25 year old from the distillery since 2002, and it honors the 21 distillery managers to have run Lagavulin through its history. All are named on the packaging, including present incumbent Georgie Crawford, who is a native of Islay (an Ileach) and highly popular holder of the office.

The 16 year old is an excellent whisky, and the price differential between it and the 25 year old will be a significant factor for most potential purchasers, but the 25 year old is fascinating in its complexity, both on the nose and palate. Aromas of new leather, tropical fruits, brittle toffee, and brine are backed by spicy peat smoke, while smoky sherry notes develop in time. It is at its best neat, with the strength being no deterrent. The palate is rich and confident, with sweet peat, brine, muted sherry, figs, gentle spices, tangerines, and lemons. The finish is lengthy, with a barbecue note, malt, and lots of gentle smoke. An extremely fine Lagavulin.