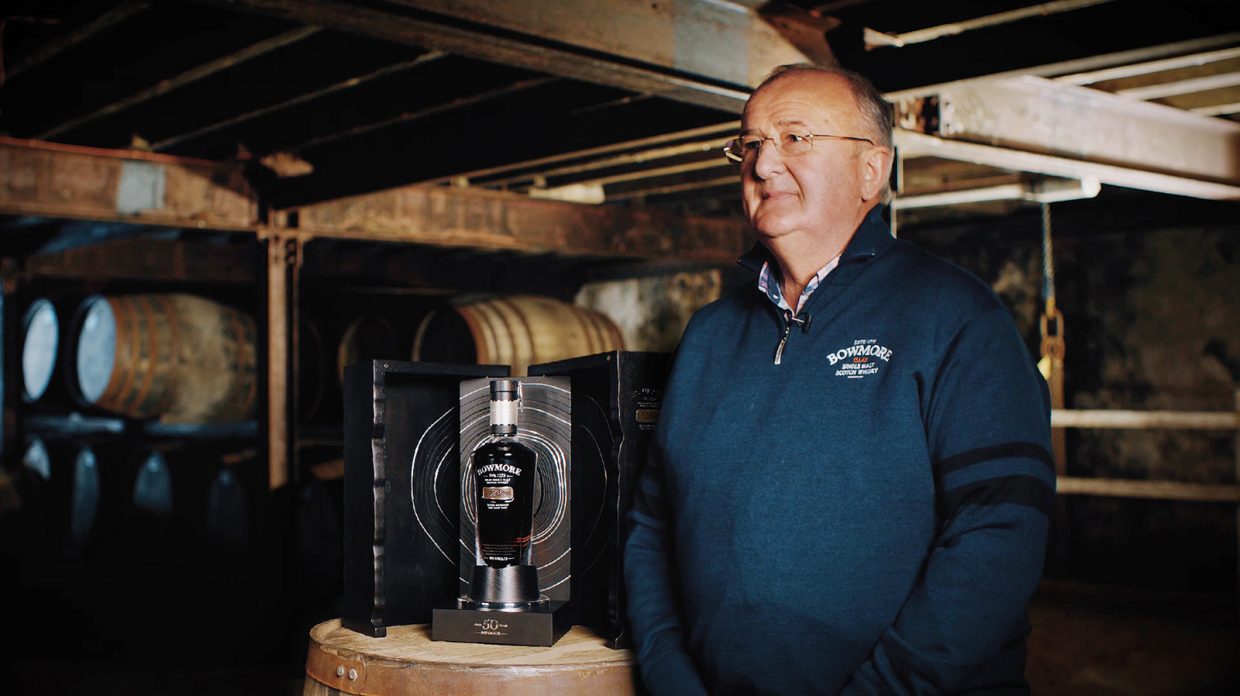 Bowmore born and bred, Eddie MacAffer always emanated the relaxed, unflappable air of a man who knew that everything around him at Bowmore Distillery was under control. With his retirement in 2016, Eddie celebrated a distinguished 50-year career: a year marked by memorable highlights, such as the Golden Jubilee dinner held in his honor at Fèis Ìle and the crowning glory of the release of Black Bowmore 50 year old.

After leaving the merchant navy, Eddie was granted his first position at Bowmore under manager James MacColl in 1966. He has worked at Islay’s oldest distillery ever since—first in warehousing, next as maltman, brewer, and then distiller. The call came to promote him to distillery manager in 2008, and his elevation to master distiller followed in 2013. As distillery manager, he followed in the footsteps of Ian ‘Percy’ MacPherson, Islay Campbell, Jim McEwan, Joe Hughes, Harry Cockburn, and Alastair Ross. A man of equanimity and self-assurance, Eddie’s modesty about his life’s outstanding achievements is firmly grounded in the pride he takes in a job well done.

Year by year, a wealth of knowledge and expertise is being entrusted to a new breed of young Islay distillery managers as the next generation takes control. Bowmore weathered the hard times during the 80s that were experienced by all the Islay distilleries, and the spirit of the place was transformed over the next 30 years. Now, Bowmore is not just another Islay distillery; it’s a state of mind. The indomitable MacAffer has been a steadfast presence throughout it all.