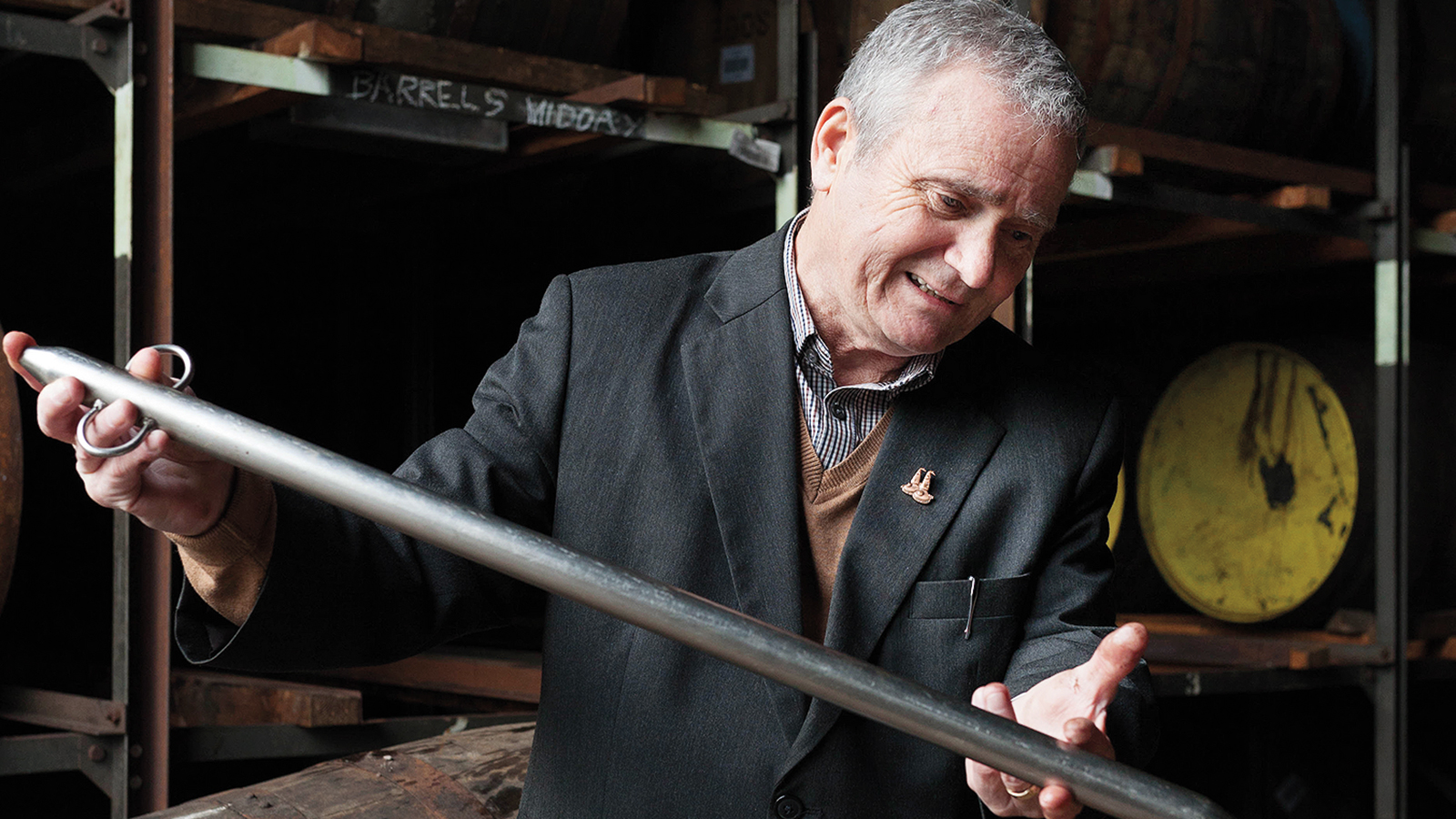 The Isle of Jura’s remote and sparsely populated landscape may not be for everyone, but it’s a seductively beautiful place to spend your working life. When Willie Cochrane first came to Craighouse, he thought he would stick it out for a year. Thirty-nine years later, after overseeing the production of tens of millions of liters of Jura spirit, he decided to call it a day. Although born in the great city of Glasgow, I’m certain his prominent position at the distillery grants Willie status as a bona fide Diurach (the Gaelic term for the people of Jura).

As distillery manager for the past eleven years, Willie has worked as mash tun operator, stillman, and brewer since first stepping foot on the island in 1977, equipped with little more than a background in mechanics. There is a restless energy to him. If you popped your head in the office door during his tenure as distillery manager, you would likely find him doing business on his feet, directing his team dressed in all-weather gear. He is a sleeves-rolled-up kind of guy, the first to get stuck into the workings of the distillery if a fault was threatening production.

There’s a fascinating moment in time captured in Richard Paterson’s autobiography showing the Jura staff in 1994: on the left stands brewer Willie Cochrane, on the right, a grinning Willie Tait, then distillery manager, and standing to attention in his blue overalls is a sandy-haired Graham Logan. Twenty-two years later, Willie Cochrane would be handing the distillery manager reigns over to Logan, and the company would release a special bottling of Jura 22 year old to mark Willie’s retirement.

Jura, and its legions of honorary Diurachs, will miss Willie’s welcoming smile, infectious enthusiasm, and stamina. With this award, we’ll raise a toast and have one for the road for Willie.