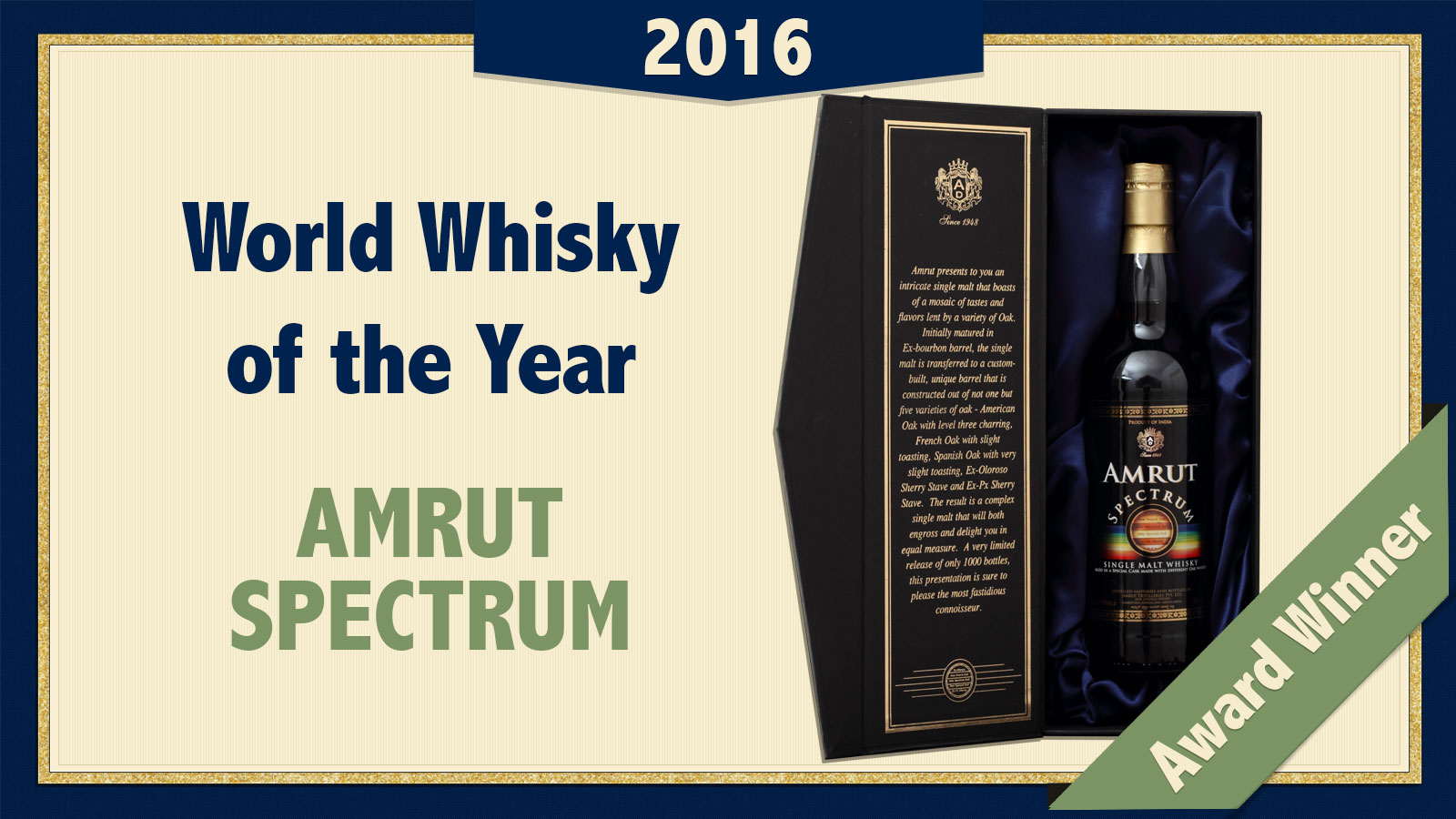 One cask. Five woods. Isn’t it amazing that nobody ever perfected it before? Amrut deserves much greater recognition for their successful experiments in whisky making: they have previously mixed malted barley from Scotland and India (Amrut Fusion), matured whisky on more than one continent (Amrut Herald and Amrut Two Continents), and dazzled us with numerous finishing projects, such as Amrut Kadhambam. Last year’s Amrut Naarangi showed great promise for further innovation, by pretreating the finishing oloroso cask with wine and orange peel. Amrut Spectrum is a true original, the result of secondary maturation in bespoke chimeric casks assembled from staves of five different woods.

A smart concept that took five years in development, but did it make good whisky? You bet. The beguiling chocolate and coffee aromas mingle with new oak, wood spices, fresh walnuts, treacle, and mango peel. A velvety palate of lush red fruits, Gianduja chocolate, coffee, nut oils, and oak tannins develops, leaving dry spices and ground coffee on the finish. The initial 1,000 bottles for Europe and other international markets sold out in a heartbeat, but can be found at auction. In addition, Amrut has instructed their coopers to build more Spectrum casks, and a larger second release of Amrut Spectrum will be coming to the U.S. in 2017.