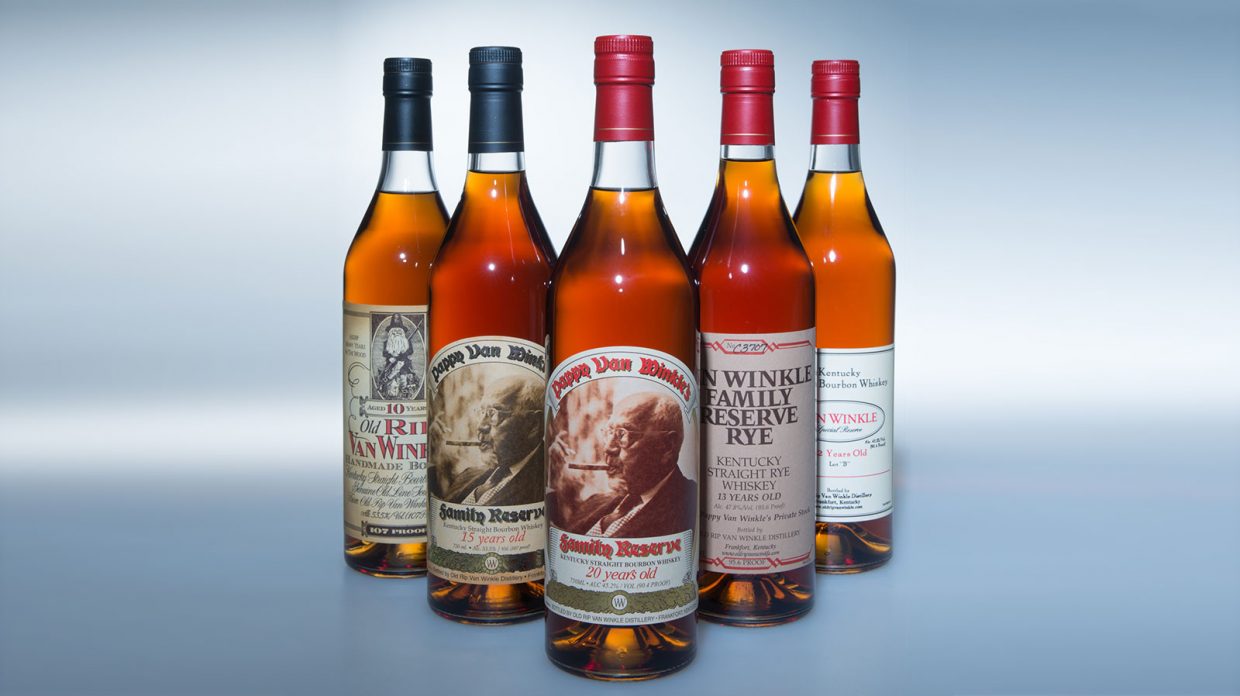 Sure as the sun rises in the east and sets in the west, the Old Rip Van Winkle whiskey lineup comes out every fall to much fanfare—even if few people ever get their hands on it (although someone will this year, courtesy of New Hampshire’s liquor authority). And thus next month, the lineup of five bourbons and a rye will officially “hit shelves,” i.e., be allocated to bars and restaurants who will then decide how they want to sell it (or not) to the public.

The likelihood that most of these bottles will end up in the hands of ordinary bourbon lovers is slim. Although Buffalo Trace Distillery, which makes the whiskeys, does not disclose how much it releases, their availability has always been limited, and many retailers price the bottles deliberately high as trophy items. While Buffalo Trace sets recommended prices, as it notes year after year in its press releases, the distillery can’t control those that retailers actually set. And it certainly can’t control what these bottles resell for on the illegal secondary market, although the company’s senior marketing director, Kris Comstock, said in a statement that “we are prepared to take action to curtail the activity.”

Whether you plan to pursue some Pappy or not, if you’re looking for details on this year’s whiskeys, read on.