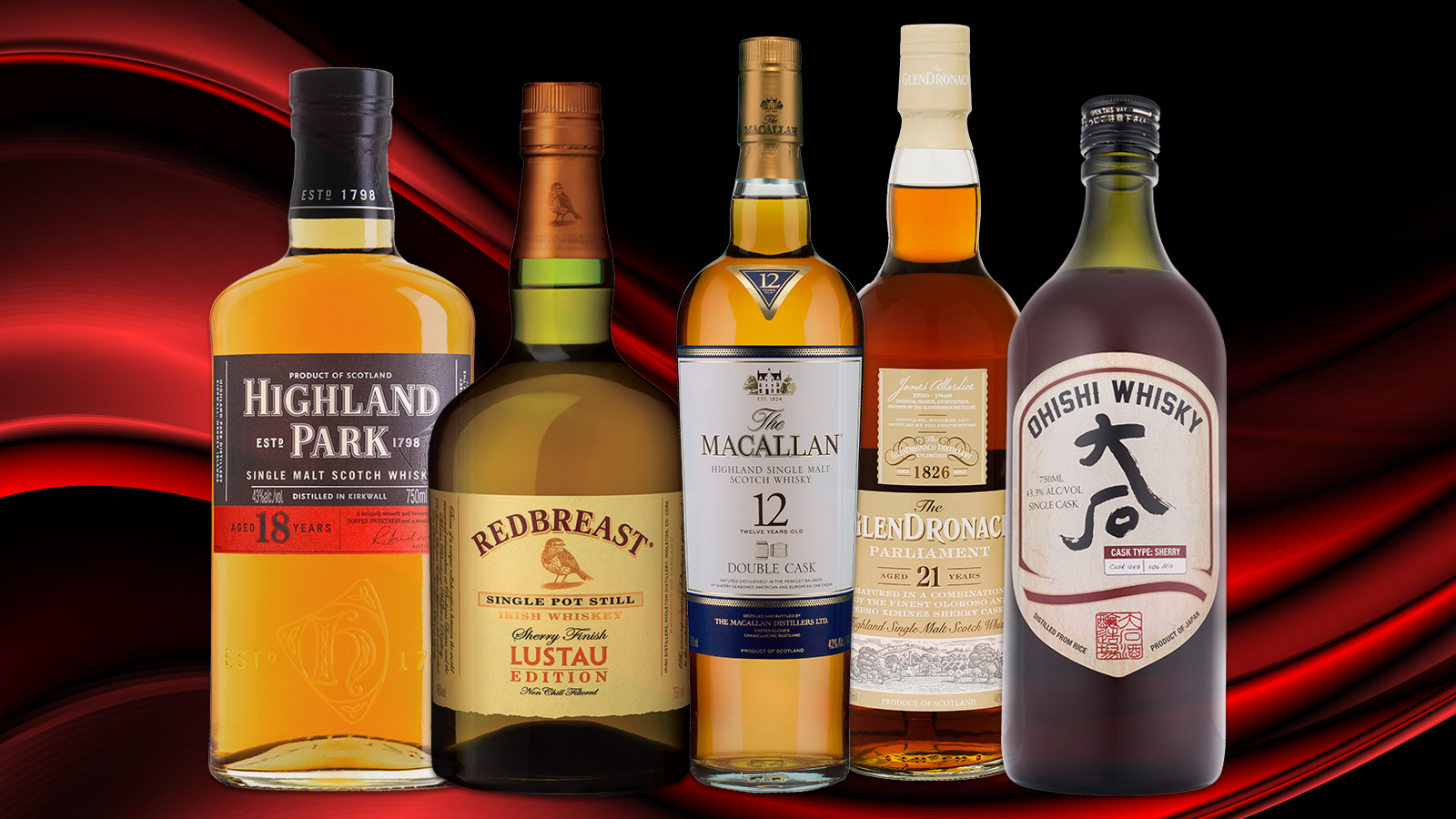 The influence of sherry casks on whisky is usually evident from the first whiff: aromas of dried fruit, nuts, chocolate, and orange peel entice the senses and beguile the drinker into pouring an extra-large dram. (Or is that just me?)

Sherry itself—a fortified wine from the Jerez region of Spain—encompasses a diverse array of styles, each imparting different types of flavors on a cask and, later, whisky. But many distillers favor the nutty, dry style of Oloroso or the sweet, rich flavors of Pedro Ximénez (aka PX), which are especially suited to single malt scotch maturation.

True sherry connoisseurs know that bodegas tend to use American oak (Quercus alba) casks for aging their sherries. (American oak has a tight grain and is less prone to leaks than European oak.) Since sherry doesn’t benefit from the flavors of oak, bodegas also like to use neutral wood casks that have had their most prominent wood flavors stripped away by time. But many whisky distillers buy European oak (Quercus robur) barrels and have them “seasoned” with sherry, since the different chemical components of the wood create spicier, more tannic flavors. The sherry spends about a year or two soaking into the wood before the cask gets shipped off to mature whisky.

Sherry casks’ influence can be strong—after all, the casks are usually made for just that purpose—and for some whisky lovers, those rich flavors can be overpowering. In my opinion, however, you can never have too much of a good thing—at least if that good thing is sherried whisky. Below, check out five sherry bombs that will satisfy even the most ardent lover of raisins, figs, almonds, and dates.

The Inception of sherried whiskies: a single pot still Irish whiskey that’s initially aged in ex-bourbon and ex-sherry casks, and then finished in even more sherry casks. Redbreast master blender Billy Leighton worked with Bodegas Lustau in Spain to season custom casks with the winemaker’s Oloroso sherry. (The casks themselves are unique in shape; they age on pallets, rather than on their sides, and thus bear weight differently.) The fully mature Redbreast spends a year taking on additional sherry notes from these first-fill Oloroso casks. The result is a richly full-bodied whiskey that manages to have both a dry palate and clean, sweet finish. Redbreast Lustau was our Irish Whiskey of the Year in 2016. (Watch our video tasting here.)

This quaint Highlands distillery gives Glenfarclas a run for its money as the most sherry-centric whisky-maker in Scotland. Every core expression from GlenDronach is matured in sherry casks—most of them exclusively—but the 21 year old Parliament (named for the “parliament” of rooks that nests in trees by the distillery) is the most luscious of them all, spending its entire life in a mix of Oloroso and PX casks. Redolent with distinct sherry fruit notes and flavors of ginger, baking spices, and chocolate, our reviewer noted that this whisky is “not to be rushed!”

Like Redbreast Lustau, this whisky doubles up on the cask aging, using both European oak and American oak sherry casks. (Watch Whisky Advocate editors discuss it here.) The Macallan is known for its sherry influence across the board, but this particular expression overdelivers on spices, cocoa, sweetness, and nuts. It’s a single malt designed for the sherry-loving, wood-nerd, scotch fanatic.

One for the true sherry-bomb lovers, this Japanese whisky is over the top with rich fruit flavors of stewed prunes, raisins, and plum wine. Distilled from rice at Ohishi Distillery in southwest Japan, it’s deliberately NAS. (When selecting casks, the importer asked the distillery to conceal the whisky’s age, so that his choice would be based on flavor profile alone.) If you aren’t able to find the single-cask version of this whisky, don’t despair—the regular Ohishi Sherry Cask, which is a marriage of multiple casks, delivers the same super-sherry sensory overload.

Highland Park combines peat and sherry in a way no other distillery can match—and its 18 year old is the ultimate exemplar of the house style. An elegant melding of peat, stewed fruits, and toffee, wrapped up in a velvety mouthfeel, this is the elegant, one-size-fits-all scotch you bring out to impress a first date or celebrate a golden anniversary.