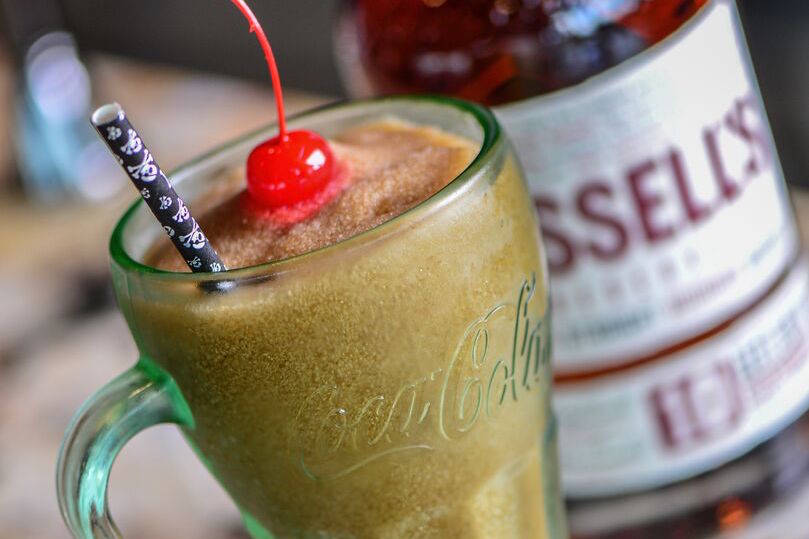 Last year, frosé became The Summer Drink, and it seems like we still can’t escape it. The frozen rosé drink is certainly refreshing (and has a very catchy name). But you can also create frozen whisky drinks that are just as delicious and cooling—and with so much more flavor.

Combining whisky with ice cream to make a milkshake, float, or blended drink is a match made in creamy heaven. Whisky and vanilla ice cream is a no-brainer, but there’s lots of room to play around with the flavors, thinking about the notes of your favorite whisky. For example, scotch and butter pecan ice cream make a perfect shake. Or follow the lead of your favorite cocktails and blend bourbon with, say, mint or peach ice cream.

To make a slushie similar to frosé, rev up the blender and crush some ice with your whisky, adding flavorings as desired..At Bourbon and Bones in Scottsdale, Arizona, they make a Sub Zero Whiskey N Coke, adding vanilla or cherry syrup to the bourbon and soda. Using a blender at home may not lead to as smooth a drink as you’d get with a slushie machine, but it’ll taste the same. And you’ll still risk getting a brain freeze if you slurp too quickly!

You can also skip the blender and simply pour whisky and homemade syrup over ice cream and sip or scoop it up, similar to affogato but with a buzz from whisky rather than caffeine. It’s a delightful and fun dessert, as you experience not only the contrast of warming whisky and cold ice cream, but also how the flavors change as the ice cream melts.

Here are some simple recipes for whisky shakes, blended drinks, and frozen cocktails that will keep you cool in the worst heat wave—proof that frosé isn’t the only way to enjoy ice-cold alcohol in the summer.

Cool Off With Cold Whisky Treats

This boozy milkshake comes from Butter & Scotch: Recipes From Brooklyn’s Favorite Bar & Bakery by Alison Kave and Keavy Landreth. A generous scooping of ice cream and homemade caramel sauce takes this milkshake over the top. It’s rich enough to eat with a spoon.

Created by Adrian Grossman, head bartender at Social Drink and Food in New York City, this whiskey-based milkshake is perfect for PB fanatics. “This cocktail tastes like a drinkable peanut butter candy bar with a nice little kick,” Grossman says. Sure beats your childhood PB&J!

This cooling whisky treat was created by bartender Donna Francis in Tuscon, Arizona. “The black tea supports the smokier, woodier notes of the Dewar’s, while the peach jam really spotlights the vanilla and baked apple notes in this drink,” Francis says. “The butter pecan ice cream echoes the nutty, vanilla, caramel creaminess from the Dewar’s and adds a fun plot twist into the mix.”

Created by Alex Witt, bartender at 2 Birds, 1 Stone, in Washington, D.C., this frozen whiskey cocktail recipe makes 3 servings. “Coffee enhances the banana flavor profile and adds richness. Combined with Irish whiskey, this gives the cocktail a depth you traditionally wouldn’t associate with a blender drink,” Witt says. Don’t mistake depth for being heavy—this is refreshing for any hot summer day.

Created by Dickie Brennan and his team at Bourbon House in New Orleans, Louisiana, this was voted the “Best Milk Punch” at Tales of the Toddy. The original recipe uses house-made vanilla gelato and a daiquiri machine, but you can whip it up using a blender and whatever vanilla ice cream you wish.