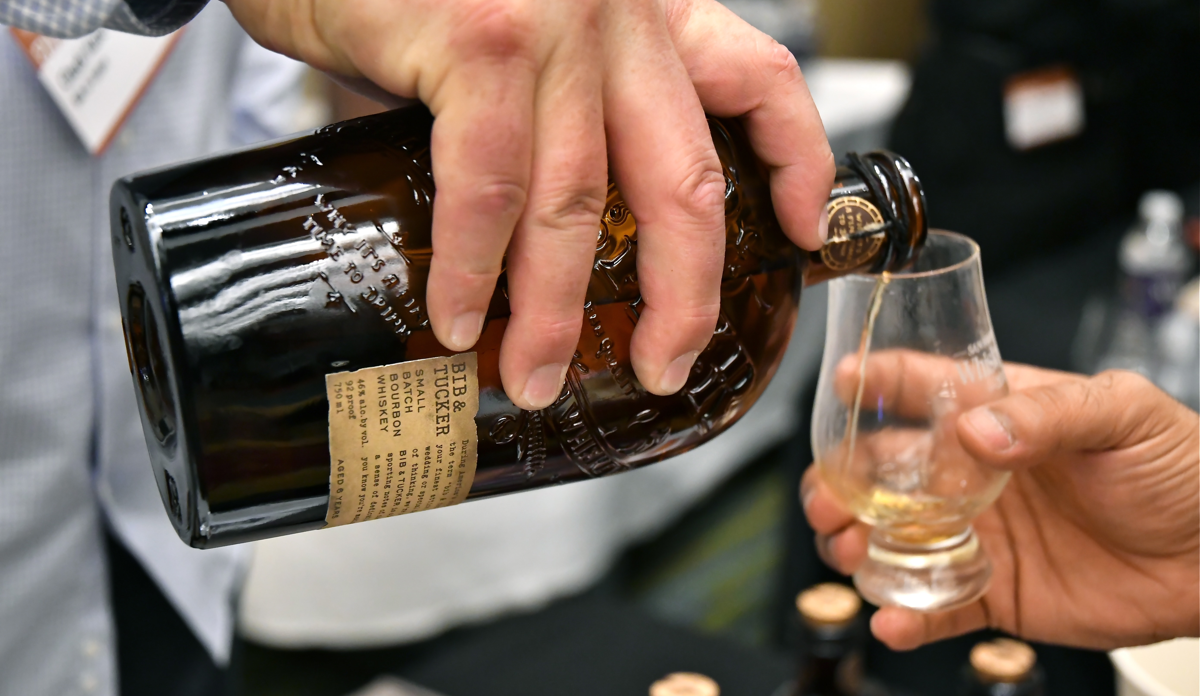 Many new whiskies make their debut at WhiskyFest.

Many whisky drinkers prefer to try a small pour of something before committing to buying a whole bottle. That’s why WhiskyFest is perfect for the curious drinker. There are hundreds of whiskies to sample, including new releases that may not have even made it to store shelves yet. (WhiskyFest is also a great time to revisit old favorites, or try highly rated whiskies you’ve never gotten around to tasting—like these top scotch and bourbon picks.)

WhiskyFest San Francisco 2017 will have plenty of new drams to taste, including some—like the unaged and barely-aged Tennessee whiskey being made by John Lunn and Allisa Henley—that will never be sold at retail. Here are the can’t-miss new whiskies at WhiskyFest San Francisco, all available with a general admission ticket. (And yes, there are still tickets available—buy yours before they sell out!)

A sister whiskey to New Holland’s Beer Barrel Bourbon, this limited-edition rye is just now launching in select states. It will only be available from October through December. Fans of whiskey finished in stout casks won’t want to miss the chance to taste this one.

These two new single malts from the Orkney distillery just started rolling out to stores a few months ago. If you haven’t tasted them yet, be sure to try them alongside Highland Park 12 year old for comparison. While Valkyrie is a limited release, Magnus is now a core part of the Highland Park lineup, and at $40 a bottle, may very well become your new everyday single malt. VIP ticket-holders will also have the opportunity to sample Highland Park Full Volume, another brand new release.

Distillers John Lunn and Allisa Henley both used to work at George Dickel, but left to make whiskey at Popcorn Sutton’s distillery—Lunn in 2015, Henley the following year. In late 2016, Sazerac—which owns the Buffalo Trace and Barton 1792 distilleries in Kentucky—bought Popcorn Sutton’s distillery and charged Lunn and Henley with making Tennessee whiskey there. The results of their earliest distillations will be at WhiskyFest San Francisco: two types of unaged distillate—one that has gone through the Lincoln County Process and one that hasn’t—and a 3 month old Tennessee whiskey. This is a rare chance to taste whiskey at different stages early in its lifespan, long before it’s ready to be bottled. Sazerac hasn’t yet decided what to rename the distillery, or what to call John and Allisa’s whiskey, but grab a sample and you’ll be able to say “I knew them when…”

Glenmorangie first released Astar nine years ago, and recently brought the cask-strength single malt back for a second round. The first release scored 93 points in Whisky Advocate’s Buying Guide back in 2009: taste it for yourself and see if you agree.

From the time it was released this past spring, Kentucky Peerless’ whiskey was available only in its home state. But a new distribution agreement will enable the rye to reach a lot more people in 27 states across the U.S. starting this fall. If you’re curious about this growing craft distillery—which revives a historic brand that was owned by the current distillers’ great- and great-great grandfather—be sure to stop by for a sip of its excellent rye whiskey.