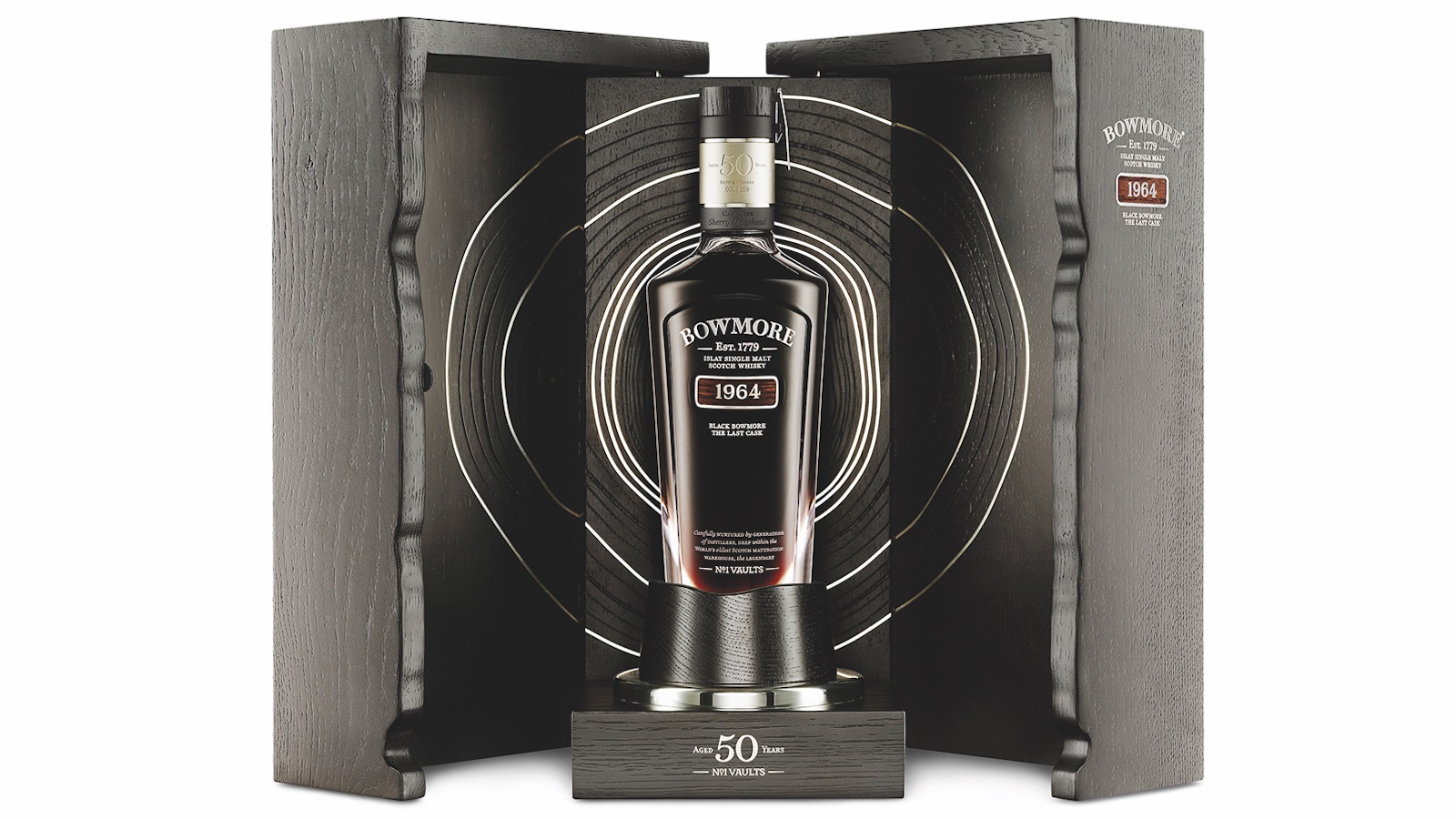 The Black Bowmore 1964 Final Edition 50 year old is one of a few highly sought after rare peated whiskies.

There are plenty of everyday drams to fulfill your peaty cravings. And, from the beauty of Islay blended malts to the peculiarities of alternative smoke, there are various avenues a peat-head could go down. However, when it comes to the climbing the summit, a few peated whiskies are considered the stuff of legend. Rare, exclusive, and historic, these whiskies are the pinnacle of peated malts we dream of tasting.

Ardbeg 1815 Limited Edition—50.1%, £5,000
Distilled in 1974 and 1975, this 2015 release commemorates the 200th anniversary of Ardbeg Distillery. Limited to just 400 bottles, the whisky was matured in both bourbon and sherry casks and bottled at 33 years of age. Still available in store, and often cheaper at auction.

Black Bowmore 1964 Final Edition—40.9%, $25,000
Like the other legendary Black Bowmore offerings, the fifth and oldest release was distilled on November 5, 1964. After half a century, this first-fill sherry cask yielded just 159 hand-blown bottles of tropical fruit and peat-smoked laced malt, packaged in a Scottish oak cabinet with silver adornments.

Talisker Bodega Series 1978 40 year old—50%, £2,750
Limited to just 2,000 bottles, this is the oldest distillery bottled Talisker you’re likely to encounter. In a nod to history, the whisky is finished in sherry casks from Delgado Zuleta, a bodega whose relationship with Talisker stretches back to the 1900s.

Macallan M Black 2017 Release—45%, $7,000
Released in June of this year and limited to just 725 decanters (with a mere 40 for the U.S.) Macallan M Black is an uncharacteristically smoky Macallan, bottled in a striking black crystal Lalique decanter.

Port Ellen 37 year old 17th Release 1979 Vintage—51%, $3,500
Conspicuously absent from the Diageo Special Releases in 2018, many enthusiasts were given cause to wonder if this bottling represents the final remaining drops from the dismantled Port Ellen Distillery. (2,988 bottles)