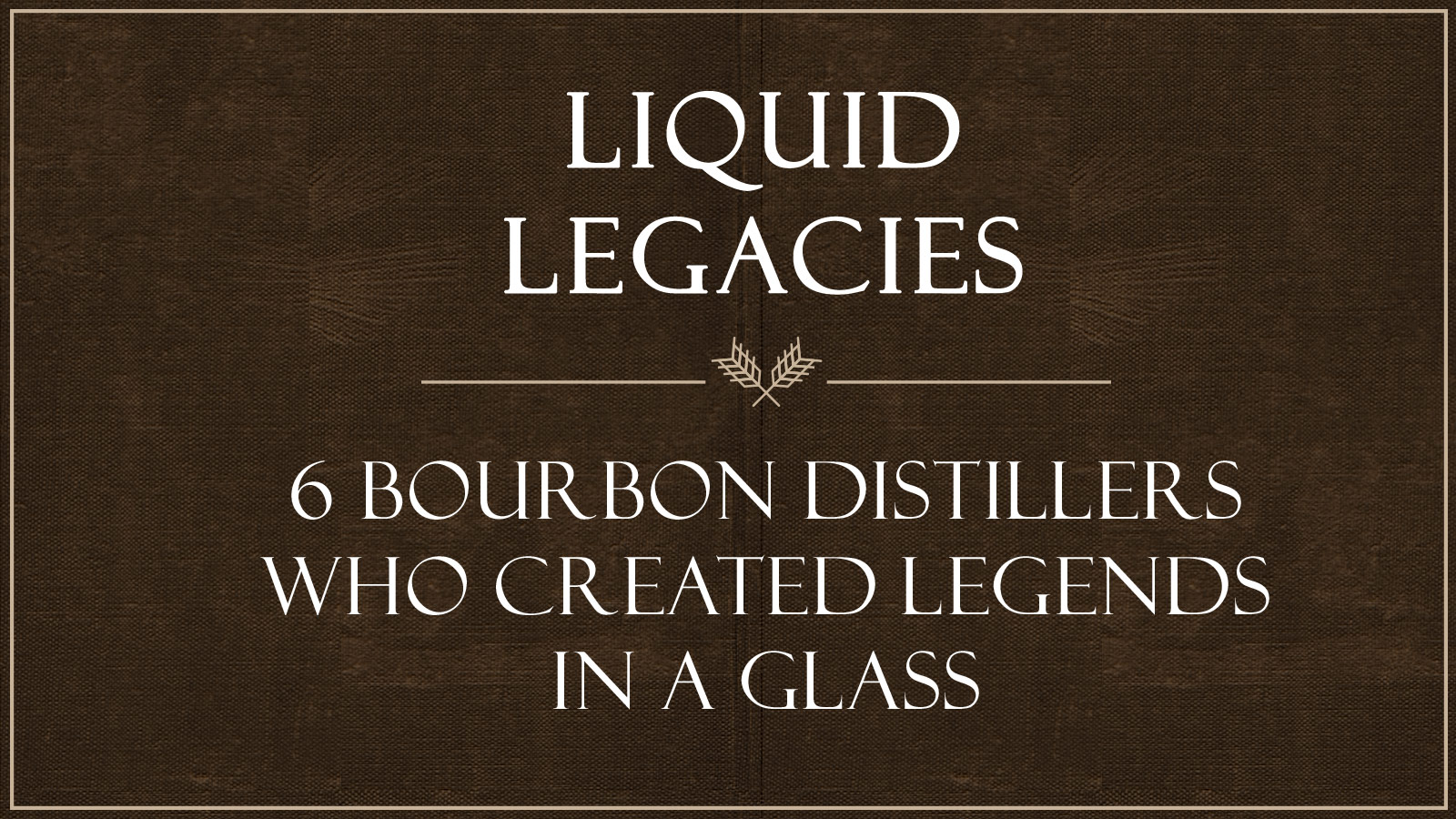 Every American whiskey bottle embodies a distiller’s legacy. The names of Jack Daniel, Jim Beam, Evan Williams, and Henry McKenna are just a few you will find etched in glass and honored on labels. Their legacies are sealed for the ages, but we’ll never taste any whiskey they actually touched.

There are more recent American greats, with legacies just as strong. Although not always easy to find, their whiskeys still lurk behind the bar. To have a sip is the closest many of us will ever come to meeting an American distilling legend, to revel in their life’s work, created by their own hands.

Some fans have named their children after Russell and he once trended on social media for giving people “the bird,” but Jimmy Russell would just as soon you pay tribute by pouring yourself a whiskey with friends.

Beyond his selfless courage, Beam’s golden whiskey palate created bourbon’s most consistent single barrel offering, a category known for its uniqueness from bottle to bottle. Each Evan Williams Single Barrel vintage carries similar characteristics, especially a succulent nutmeg bomb, because Beam had a flavor profile in mind and he never swayed from it.

In 2006, Henderson put his barrel-aging experiments to good use when he and his son, Wes, embarked on the first mainstay port barrel finish bourbon—Angel’s Envy, which launched in 2011. “This has been the highlight of my career,” Henderson told me at the groundbreaking of the Angel’s Envy Distillery in 2013.

Noe’s larger-than-life self was most apparent when he was speaking about his namesake whiskey, Booker’s. “It’s got a particular taste you don’t have with the others that are chilled, charcoaled, and filtered and all that,” Booker Noe told The Age, an Australian newspaper, in 1993. “Back 100 years ago, that’s the way my grandfather, Jim Beam, sold whiskey.”

Booker Noe: Beam in His Blood

Known for his kindness and humility, Lee rose from plant engineer to plant superintendent, then plant manager until earning the master distiller title. Lee’s crowning achievement was bringing the single barrel to the masses, a first for bourbon, in 1984, with Blanton’s.

In 1992, after a long stint at Seagram’s New York office, Rutledge moved back to Kentucky just as Seagram considered closing the Four Roses Distillery. “Everybody’s jobs were on the line,” Rutledge said in 2015. With Rutledge at the helm, corporate quality control conceded the whiskey was too good to give up.

Jim Rutledge: The Steward of a Spirit