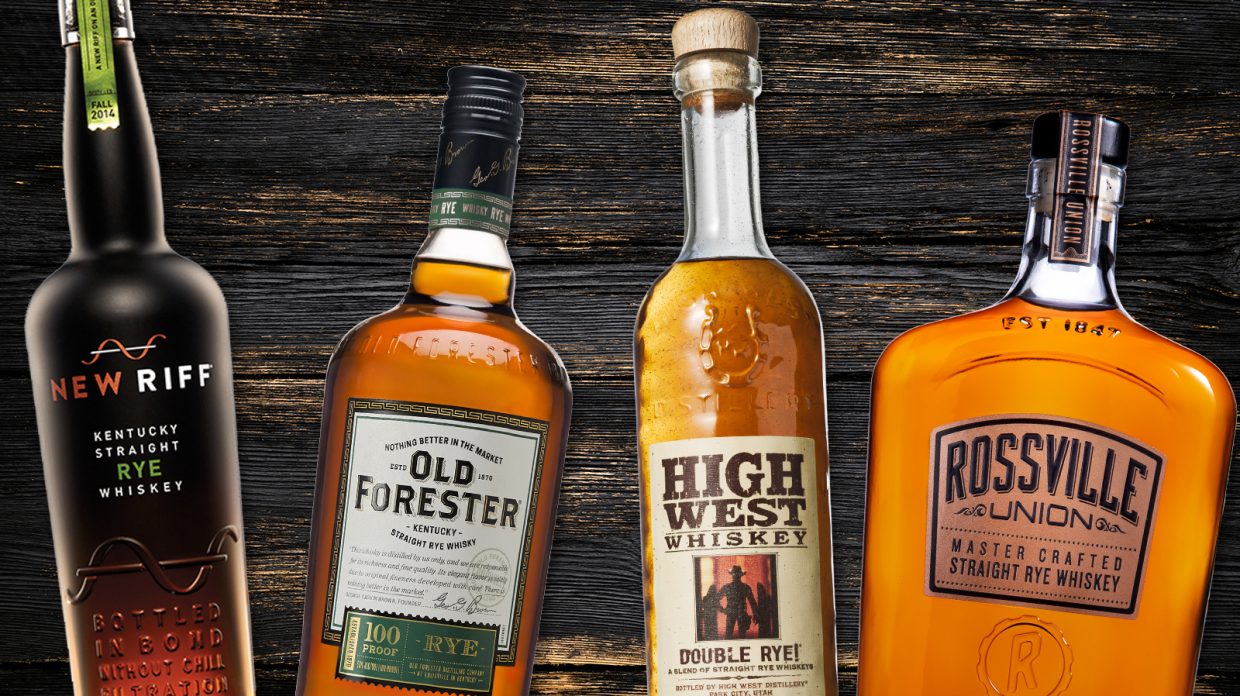 While rye whiskey doesn’t have the same unique national identity that bourbon does, its identity is just as rooted in American history. First made in the northeastern U.S. in the colonial era, rye whiskey allowed farmers to turn excess grains into a shelf-stable, valuable trade good—that is, if they didn’t drink it themselves. Rye was as popular as bourbon for decades, but largely fell out of favor post-Prohibition. With the arrival of the cocktail renaissance over the past two decades, a renewed interest in the spirit has blossomed, and distilleries both large and small have accommodated the demand with a flood of new ryes.

Other countries, most notably Canada, make their own versions of rye, but these don’t always use much (or sometimes any) rye grain. In America, rye whiskey must have a mashbill that is at least 51% rye, which makes for a spirit that is typically less sweet than bourbon, and a lot spicier. Rye is often enjoyable from a fairly young age—Kentucky Peerless’s 2 year old rye was No. 15 in Whisky Advocate’s Top 20 of 2017—which means even new distilleries can produce top-notch bottlings. These are some of our favorites, all priced at $50 or below.

Old Forester Straight Rye—88 points, $24
The venerable 150 year old brand debuted its first-ever rye in 2019, a well-balanced iteration with a mashbill of only 65% rye, along with 20% malted barley and 15% corn. The nose offers cinnamon, zesty citrus peel, and brown sugar, balanced by oak. The palate is fruity and nutty, with almonds and pecans, as well as black pepper, ginger, and dill. The medium-length finish has a smooth mouthfeel, with just a hint of rye spice.

High West Double Rye!—91 points, $35
Once a blend of two sourced whiskeys, since 2018 the Utah distillery has been adding its own house-made pot still rye to the blend. It’s incredibly spicy and herbal on the nose, with notes of mint, dill, star anise, eucalyptus, cinnamon, and chamomile tea. The palate is oily with slightly more restrained spice notes, plus flavors of green Jolly Ranchers, lemon, and honey. Released in different batches year-to-year, Batch #18A23 made the No.-14 spot in the 2018 Top 20.

Rossville Union Straight Rye—90 points, $40
Since countless other producers were sourcing and bottling MGP’s rye to great success, the Lawrenceburg, Indiana distillery finally decided to start releasing it under its own brand, named for the town’s original distillery. A blend of 51% and 95% rye mashbills, the whiskey has a peppery nose with hints of dill and just a little smoke. The palate offers peaches and cream, cherries, and charred oak. The finish is leathery with the hot sting of tannins.

New Riff Bottled in Bond Rye—92 points, $46
Bucking a trend among craft distillers to release ryes younger than 4 years old, New Riff debuted this well-aged whiskey to great acclaim. (It’s yet another rye to make Whisky Advocate’s Top 20, this time in 2019.) Using a unique mashbill of 100% rye—5% of it malted rye—the whiskey is refined while still offering a green and bold graininess. Earthy and herbal in the aroma, with hints of orange and rose petals, the palate is bold and spicy, with cinnamon, cloves, and other baking spices backed by caramel and toasted oak. The finish is long and creamy, with a lingering chocolate note.

Jack Daniel’s Single Barrel Rye—90 points, $50
Few people think of the iconic Tennessee whiskey distillery when it comes to rye, but maybe they should. A mashbill of 70% rye offers a sweet and tropical nose—coconut and pineapple, plus Jack’s signature bananas—with just a bit of oak and campfire. The palate is rich and chewy, like fresh-baked rye bread, with notes of caramel and toffee. With a long, but not particularly spicy finish, this is a rye whiskey that will appeal to diehard bourbon (or Tennessee whiskey) drinkers.

Finger Lakes Distilling McKenzie Rye—89 points, $42
An excellent example of Empire rye, this New York state-made whiskey uses local grains in a mashbill that is 80% rye. Aging in new charred oak casks before being finished in sherry-style wine barrels from local wineries creates a nose that’s fruity and sweet, with apple crumble and blueberry pie. More spice notes arrive on the palate: cinnamon, allspice, cloves, nutmeg, and even oregano. It’s long and weighty, with sweet sherry notes and a bit of minerality. If you can bear to not drink it all neat, this whiskey would be stellar in cocktails.