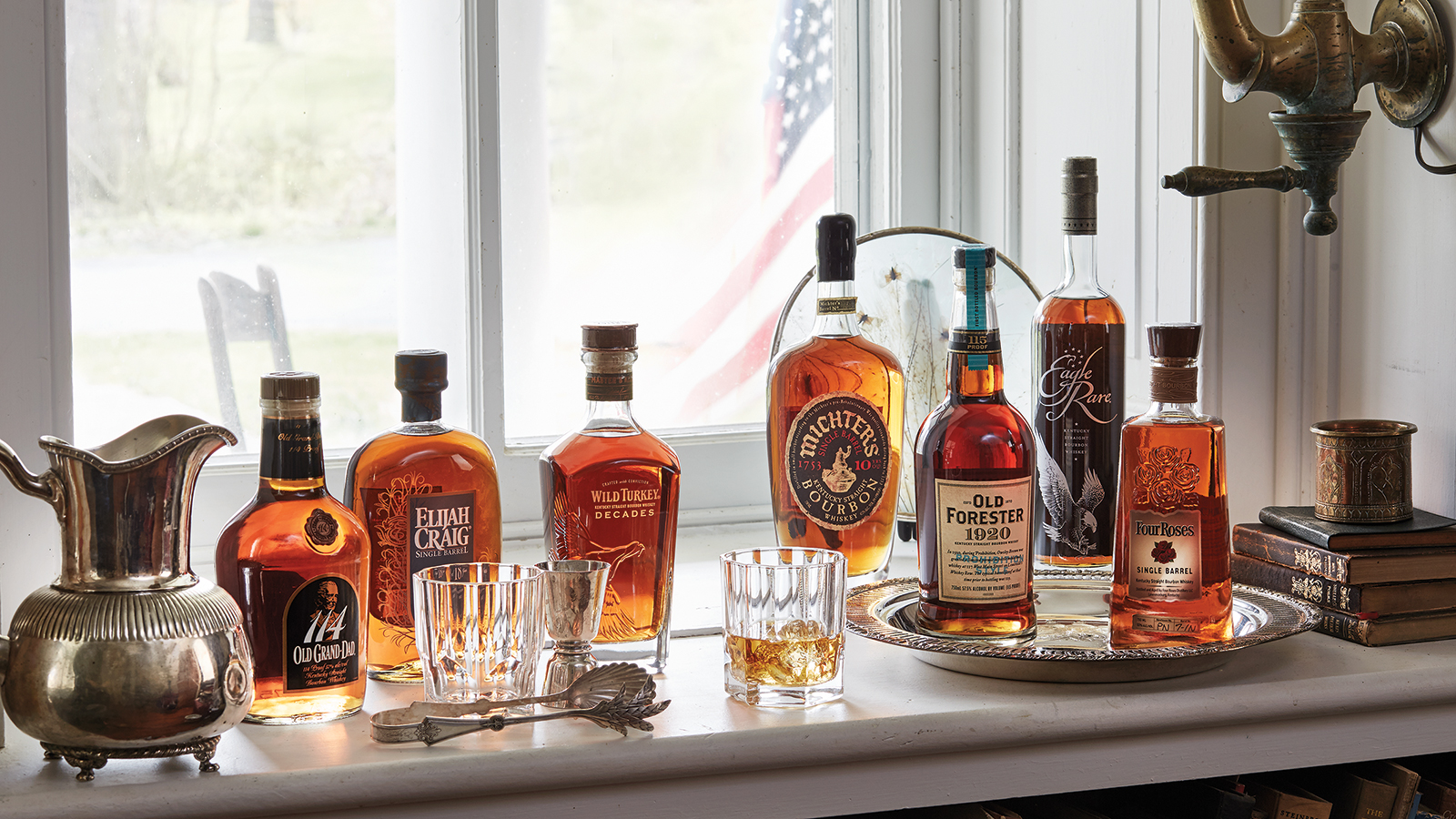 America's national spirit is filling the shelves like never before. (Photo by Jeff Harris)

Kentucky bourbon has experienced an unprecedented boom in recent years, with mainstay distilleries making a comeback and a crop of new players establishing their brands. These days, there are high-quality bourbons for every budget, and you don’t have to spend big to get massive flavor. But with so much choice, where do you start? These seven bottles show off the range of Kentucky’s booming bourbon scene, and are must-taste pours for every whiskey lover.

Eagle Rare 10 year old—45%, $30
The perfect bottle to start dipping your toes into older bourbon. It tastes like Buffalo Trace with a few more years on it—because it is.

Elijah Craig 18 year old—45%, $120
After a long disappearance, this Heaven Hill flagship is back, though in allocated quantities. Impressive structure with balanced oak and spice make it a classic teenage bourbon.

Four Roses Single Barrel—50%, $45
A reliable classic. Upgrade pick: exclusive private barrels at bars and liquor stores kick up to cask strength and can be made from any of the distillery’s ten unique recipes.

Old Grand-Dad 114—57%, $33
Rumors of Grand-Dad’s retirement have been greatly exaggerated; this venerable old dram isn’t going anywhere. And it’s a good thing, since this bourbon punches well above its weight price-wise.

Old Forester 1920 Prohibition Style—57.5%, $60
The best of Old Forester’s Whiskey Row series and, unlike during Prohibition, you don’t need a prescription to buy it.

Wild Turkey Master’s Keep Decades—52%, $150
A mix of 10 to 20 year old whiskey released for master distiller Eddie Russell’s 35th anniversary at Wild Turkey. Older bourbon like this won’t be around forever, at least not at this price. Oh yeah, and it was named the #3 whiskey in Whisky Advocate’s 2017 Top 20—a mark of quality if ever there were one.