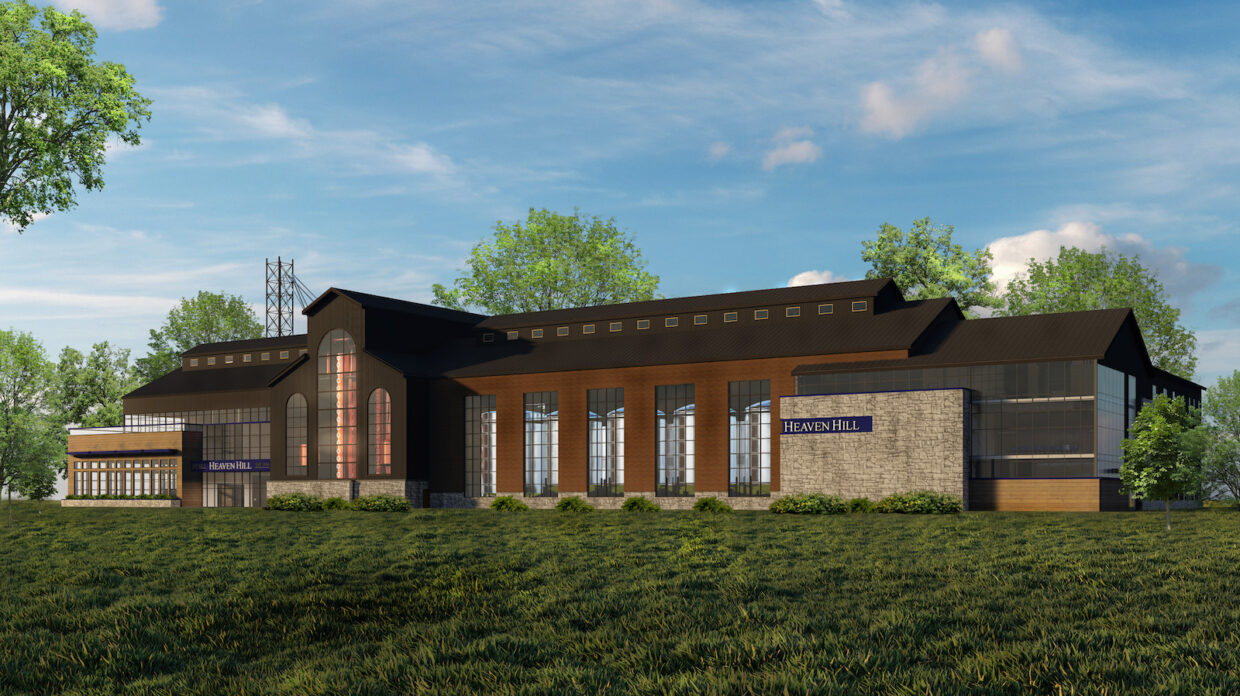 A rendering of the new Heaven Hill Springs Distillery, which is slated to open in 2024.

Old Heaven Hill Springs Distillery was nestled at the base of a hill that slopes down to peaceful Gilkey Run Road in Bardstown, Kentucky, not far from owner Heaven Hill’s main offices. The distillery was built in 1935, the year of the company’s founding. The old warhorse was the nerve center of the operation—until the afternoon of November 7, 1996, when disaster struck.

A fire broke out in a rackhouse at the top of the hill, and within minutes it was burning to the ground. Its flaming bourbon barrels were turned into rivers of fire, flowing forth to ignite six more warehouses. Fueled by stormy weather and high winds, the fires raged throughout the night. Witnesses saw barrels explode into the night sky, and the flames reached hundreds of feet into the air. The streams of flaming bourbon eventually made their way down the hill to the distillery, which was also consumed by the flames. Miraculously, no one was killed or seriously injured, and 37 warehouses managed to survive. But the fire destroyed some 90,000 barrels, equal to 2% of the world’s bourbon supply at the time. 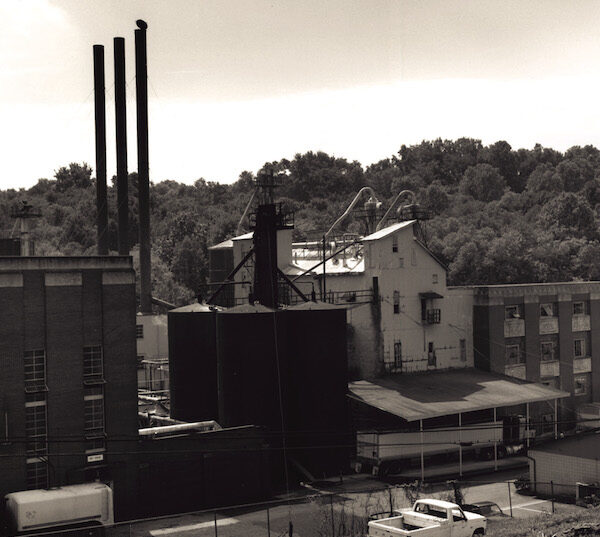 A view of Old Heaven Hill Springs Distillery in the 1970s.

The distillery was never rebuilt. Instead, Heaven Hill entered into talks with United Distillers (UD), a Diageo predecessor company, which was looking to exit the bourbon business at the time. In 1999 an agreement was struck for Heaven Hill to acquire UD’s giant Bernheim Distillery in Louisville, in what proved to be one of the great bourbon deals of all time. Bernheim has been Heaven Hill’s distilling home ever since, though the warehouses and bottling operations remain in Bardstown. The footprint of the Old Heaven Hill Springs Distillery became a grain-receiving and storage area and is still used for that purpose today—meaning that at least part of the production process remains at that site after all these years.

In a symbolic closing of the circle, this week Heaven Hill broke ground on a new $135-million distillery in Bardstown, to be named Heaven Hill Springs Distillery in honor of the original place. Of perhaps even greater symbolism, the project will mark Heaven Hill’s return to distilling in Bardstown after a gap of nearly 30 years.

The new distillery’s location will be at 1015 Old Bloomfield Pike, a couple of miles away from the old facility, and is slated to become operational by 2024. The initial annual production capacity will be 150,000 barrels, but over time will expand to 450,000 barrels, the same size as Bernheim. 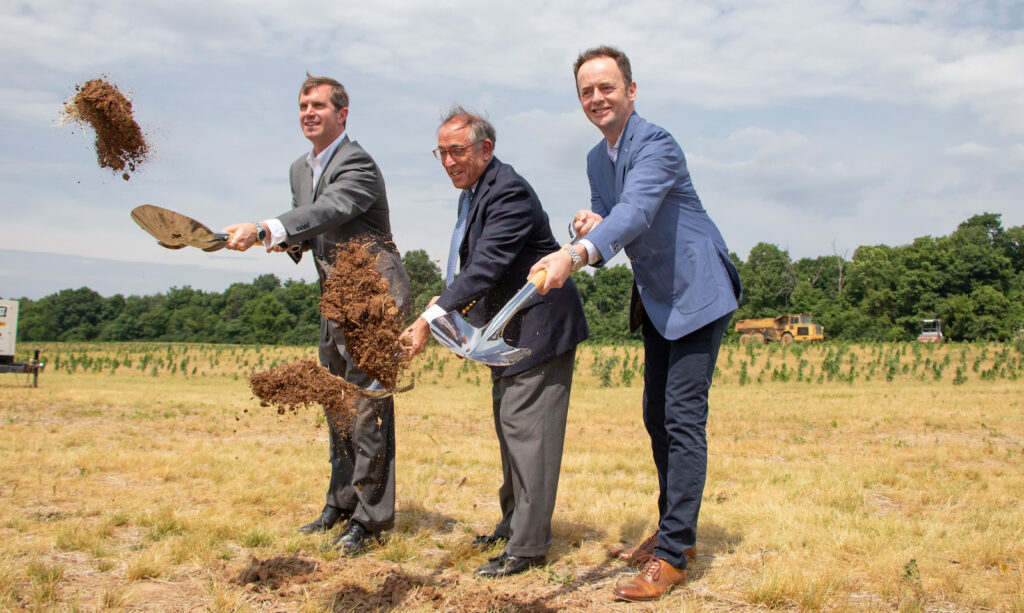 With Bernheim expanded to the full limits of its Louisville footprint and bourbon sales booming, it was only a matter of time before Heaven Hill got to work on building another distillery. The only question was where it would be. In the end, Bardstown was the logical—and sentimental—choice.

“We’re honored to celebrate this homecoming,” said Heaven Hill president Max Shapira in his remarks at the groundbreaking ceremony. “I’m proud to salute our history, and the many Bardstown men and women who helped build our brands over the years, by naming our new facility in honor of the original Old Heaven Hill Springs Distillery that my father and uncles founded in this community nine decades ago.”