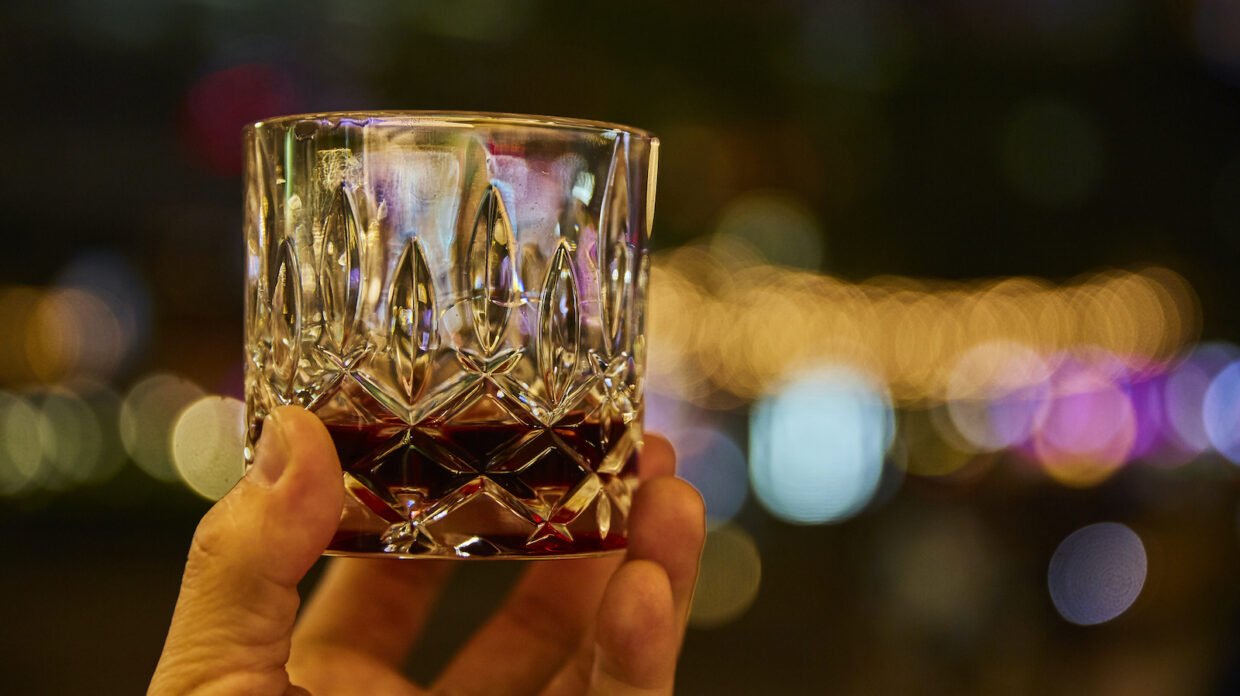 The recent suspension of tariffs on single malt scotch and Irish whiskey from Northern Ireland has some importers looking to celebrate, while others are awaiting a more permanent resolution. (Photo by Getty Images/Jay's photo)

Single malt scotch and Irish whiskey fans across the U.S. can rejoice and begin readying themselves for pruned price tags on a whole host of bottlings, all thanks to a thaw in the U.S.-UK trade relationship. For the next four months, the U.S. is suspending the 25% tariff on single malt scotch and Irish whiskey from Northern Ireland—among other products—that it initially imposed back in October 2019, in response to a longstanding dispute over aircraft subsidies. Cue celebration among whiskey importers too.

“Hallelujah—it’s about time!” exclaims Raj Sabharwal, founding partner of Glass Revolution Imports, which brings a variety of scotch whiskies to the U.S. “Last year we deferred [importing] some of our portfolio because of the impact the tariff would have on them, so we can certainly bring those whiskies over now. And I’m about to reprice everything in our system to reflect the lower costs that we’ll be selling at.”

Sabharwal anticipates that Glass Revolution’s single malts will come in at a whopping 30%-40% less than what they had been with the tariffs in place—savings that should spur whisky lovers to restock their home bars. Additionally, the tariff suspension opens up the door for more esoteric single malts that Sabharwal explains would otherwise be unfairly priced under the tariff, including 25 year old Allt-a-Bhainne and 27 year old Glen Keith from independent bottler Murray McDavid. “We’ve been restricted in what we were importing as far as single malts; if we brought any in, it would be in limited amounts,” he says. “But now that the tariff is lifted, even temporarily, we can bring in a lot more inventory, and feel good about the price on it.” 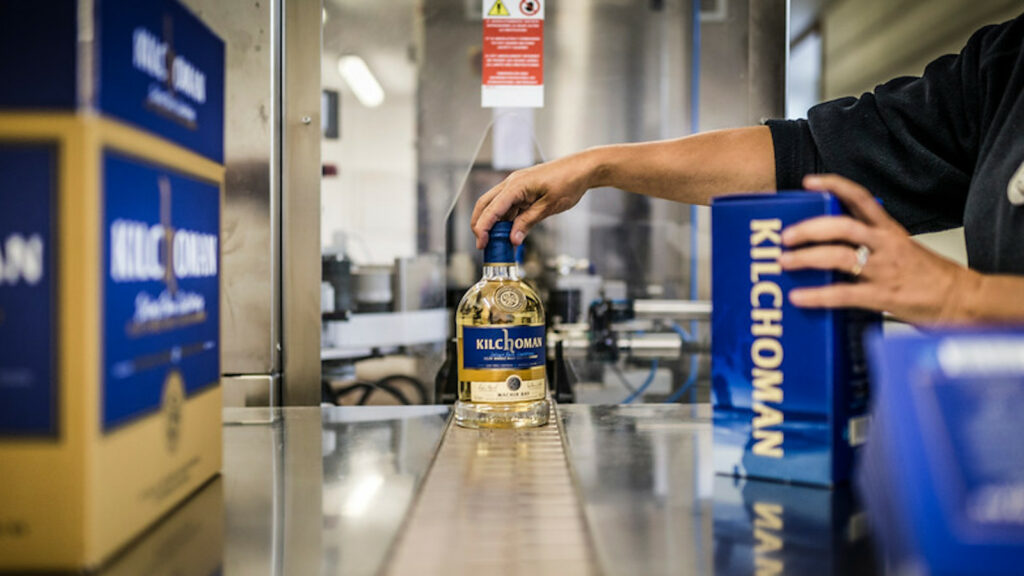 At ImpEx Beverages, which imports Islay single malt Kilchoman (bottling line pictured), president and co-founder Sam Filmus isn’t anticipating an immediate price drop as some of his peers are.

Others, while also optimistic, are more restrained in their predictions about immediate recovery; after all, the tariffs caused a 35% drop in scotch exports to the U.S., according to the Scotch Whisky Association, and the current suspension is temporary. “I don’t see a huge price drop happening right away—it’ll more so be a gradual process as inventory peters out at old prices,” says Sam Filmus, president and co-founder of ImpEx Beverages, which imports Islay single malts Kilchoman and Port Askaig. “Regardless, [the suspension] is a huge relief and such a pleasant surprise. For so long, people haven’t been able to buy a bottle of quality scotch at an affordable price—no one wins in this tariff scenario. So this is a major victory for whisky drinkers everywhere.” Like Sabharwal, Filmus is once more gearing up to bring older, more exclusive single malts stateside, after sidelining them in the face of dramatic price surges.

Beyond boutique importers like Glass Revolution and ImpEx, larger companies—while similarly buoyed by the news—aren’t as keen to make any immediate moves. “I don’t think there will be any [immediate changes] until we know the removal of these tariffs will become permanent,” says Dan Leese, president and CEO of Hotaling & Co., importer of Old Pulteney, anCnoc, Arran, Speyburn, and a number of other tariffed whiskies. “Then, [once permanent], it will allow us to invest further in people and brands for the return to growth.” Scotch powerhouse Diageo declined to share any potential future plans, only stating via a spokesperson, “Today is a very good day for Scotch and Scotland. We recognize the government’s tireless efforts, using the UK’s newly independent trade policy, to deliver the suspension and hopefully in time, a permanent end to these punitive tariffs.” 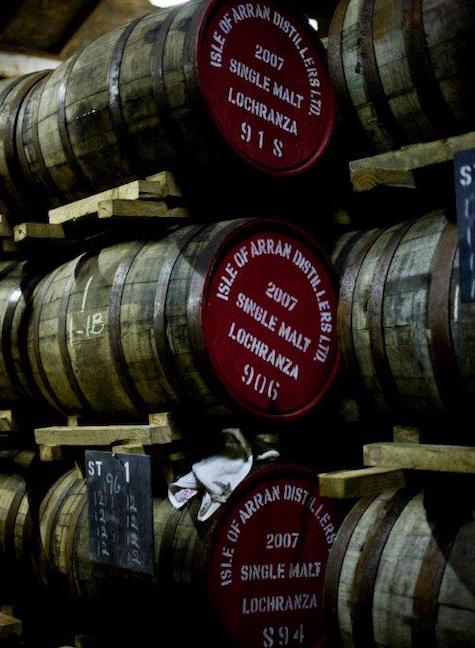 Hotaling & Co., which imports Arran (casks pictured), Speyburn, and other affected whiskies, remains cautiously optimistic that the U.S. tariff suspension will result in the eventual dissolution of all tariffs between the U.S. and UK.

Even as the U.S. suspends its tariffs, the UK has yet to respond in kind—a 25% tariff on American whiskey, imposed in 2018, remains in place, and has devastated exports. According to the Distilled Spirits Council of the United States, American whiskey exports to the UK have declined by 53%, a loss of $79 million. A 25% tariff on American whiskey imports in the European Union also continues, even as other types of spirits and wines have had their penalties suspended by both sides—and it’s set to rise to 50% on June 1, unless something changes.

Still, importers remain optimistic that all tariffs will eventually be dissolved. “I can’t be certain, but we’re hopeful that this short-term gesture will lead to us working more closely with our allies in the UK and EU, which will ultimately lead to the removal of all harmful tariffs on distilled spirits moving between our countries,” says Hotaling’s Leese. Likewise, Brown-Forman—a force in American whiskey that also imports single malts like GlenDronach, Benriach, and Glenglassaugh—is ready for a return to fair terms for all spirits. “We’re encouraged by the conversations that have happened over the past few months, but we’re disappointed that they left bourbon behind,” says president and CEO Lawson Whiting. “We want a level playing field for American whiskey, and I’m cautiously optimistic that the UK and EU tariffs will be resolved.”