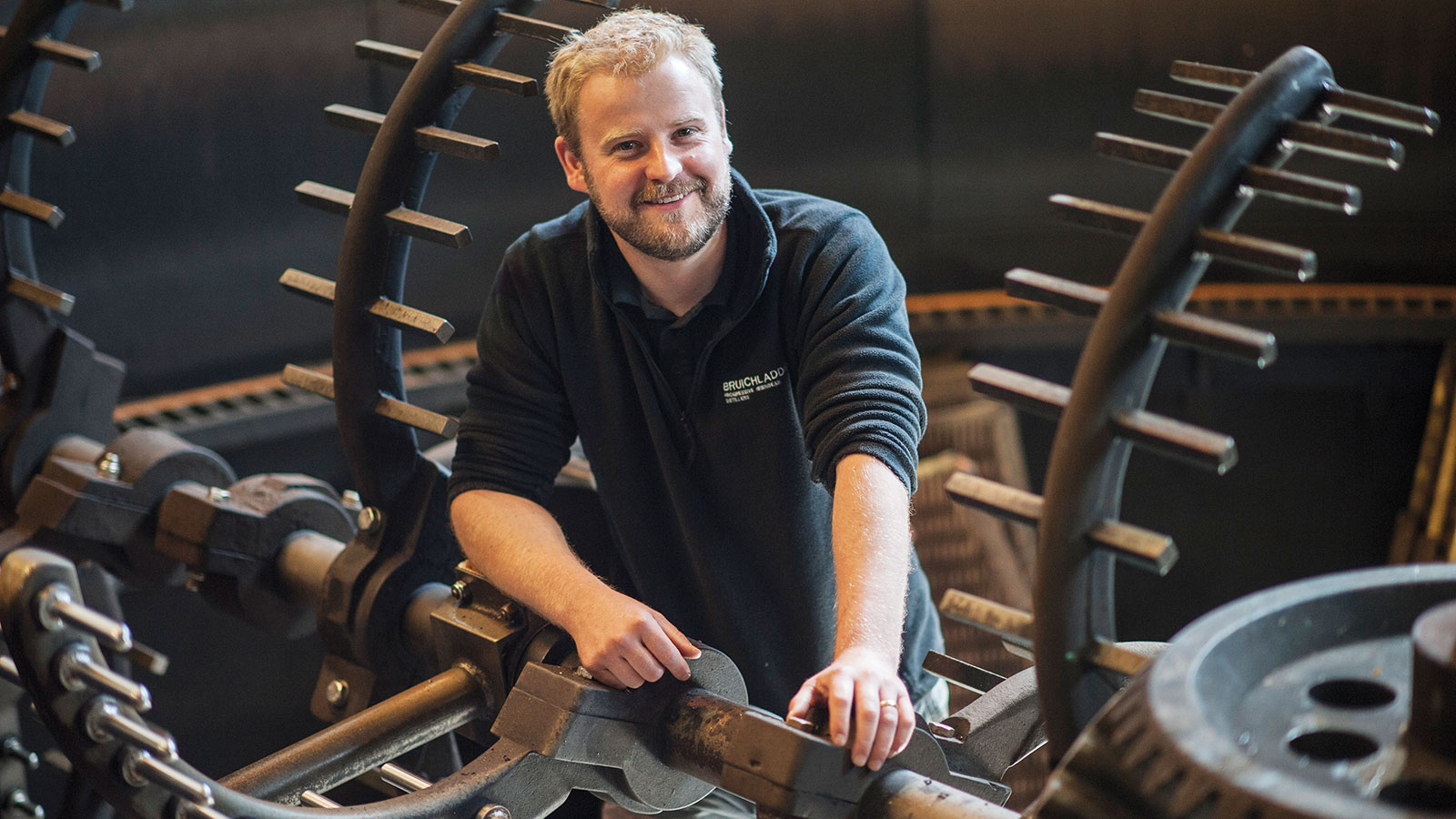 When Jim McEwan, the closest thing the whisky industry has to Mick Jagger, retired as Bruichladdich’s master distiller, he bestowed his legacy onto Adam Hannett, a local lad who worked throughout the distillery since starting in the shop in 2004. He’ll be the first to tell you he has big shoes to fill.

“It’s not a bad line of work,” says Adam, 33, whose modesty and soft-spoken nature belie his gift for sarcastic understatement. We’re sitting in his office (formerly McEwan’s), overlooking a loch and Bowmore across the water. The walls where McEwan’s many awards hung are bare, awaiting documentation of a new era of triumphs. “There’s a moment you realize ‘this is actually happening.’ The responsibility hits you. What we do here affects so many, but Jim taught me: never settle.”

As a seasoned warehouse man in his mid-twenties, he was training a new recruit and noticed the worker couldn’t keep up with his notes. So the next day, before work, he wrote down the mashing process, A-to-Z, in a notebook. “Nothing written existed,” he tells me. “It was always just passed down, so I wrote the way we do it, step-by-step, gave it to the boy who was learning, and it was fine. Everyone who started since then always had a read of that and made his own notes.”

That notebook is a fine symbol of Hannett’s style. He’s committed to detail. He has respect for bygone ways (he wrote pages of calculations and instructions, after all, not an app) and for the vintage allure of Bruichladdich’s old-fashioned equipment. “At one time, this was state-of-the-art distilling technology,” he says of the meticulously restored Victorian-era distillery. “Now it’s a museum.” He can rattle off technicalities, but he’s quick to stress he’s not a scientist; just a steward of tradition. “Things happen with Bruichladdich—you get an extra amazing flavor. I have no idea where it came from.” But let it be known that despite his inclination for poetics, he’s not sentimental. “Whisky should follow you through life,” he maintains. “It’s for joy and celebration and everything else. We pour our heart and soul into making it in terms of scale, effort, and time. It’s not there to sit on the shelf.”