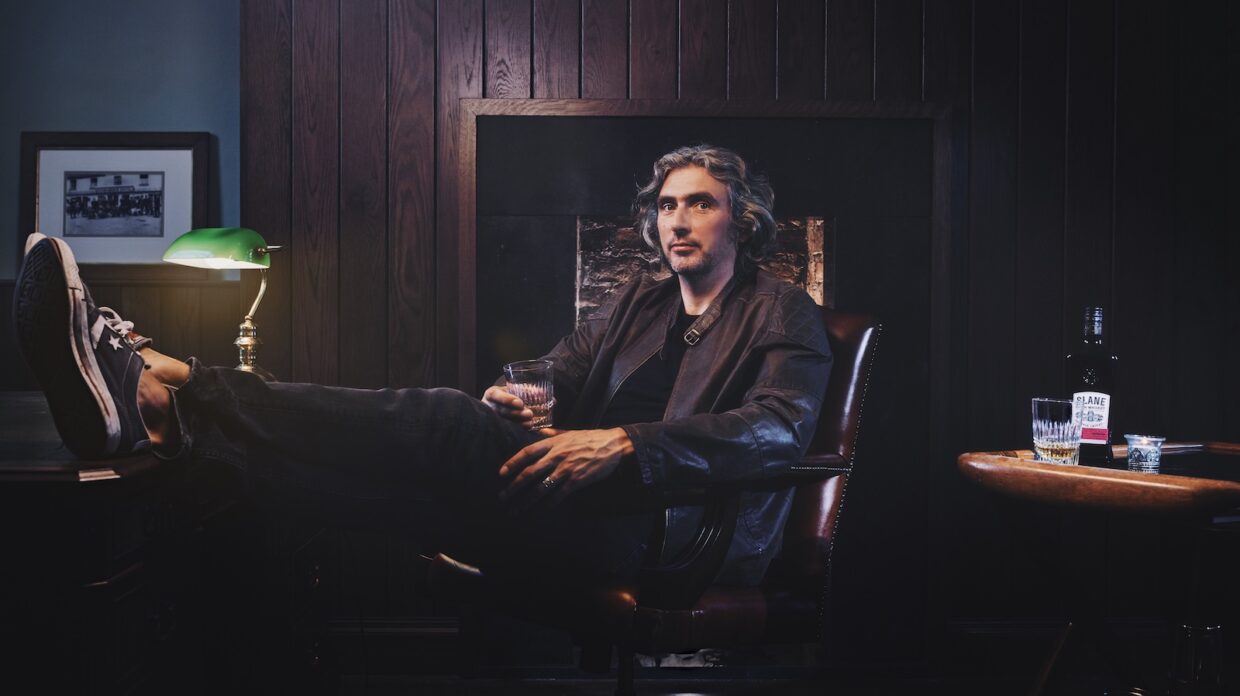 Alex Conyngham, co-founder of Ireland's Slane distillery, joined #TasteWithSpace on Instagram Live on Sept. 3 to talk about the distillery's sustainability efforts, future plans, and growing up among rock stars in Slane Castle.

Alex Conyngham set out to create whiskey he describes as “smooth” yet “aggressive and aromatic;” that’s just as good neat or on the rocks as it is in a cocktail; and that, ultimately, brings people together. The Slane Irish whiskey co-founder joined Whisky Advocate’s Instagram Live series #TasteWithSpace on Sept. 3 to talk about its core expression; how aging in three distinct casks influences its flavor; how Slane is striving for complete sustainability; and what it was like growing up in a castle in Ireland that hosted everyone from King George IV to U2, and continues to unite whiskey and music lovers from across the globe through its Slane concert series.

“We didn’t only have a bar growing up, we had a nightclub down in the basement,” Conyngham explained, speaking from the bar in Slane Castle, with an enviable wall of whisky visible behind him. “When my dad, Henry, who I started the Slane whiskey project with, took over the castle from my granddad, one of the first things he did was convert the old kitchens into a nightclub. I ran that when I was in college, and on top of that, we’ve had many after-parties from the Slane concerts down there as well. It was a colorful childhood.”

Those early adventures set the stage for Conyngham’s current endeavor—creating Irish whiskey that stands out for its robust complexity. Scoring 90 points, it achieves that in part from Slane’s triple-cask finishing process on mature sourced whiskeys. “If you had to sum up Irish whiskeys in one word, generally they’re kind of smooth—very approachable, easy-drinking,” Conyngham said. “We wanted to deliver on that, but [also] dial into bigger flavor—slightly bolder, more complex liquid.”

Slane Distillery started distilling in 2017, but since Irish whiskey must be at least 3 years old, the company sourced a combination of malt and grain whiskeys from other Irish distilleries to create its debut release. “It was pretty good juice, and it had all been matured in American casks, like much Irish whiskey is,” Conyngham said. “We could’ve just blended it together in 2015 and gotten it out to market, but we decided to put our own stamp on this, so we did a secondary maturation, and that’s where this triple casking comes in.”

The triple-cask maturation creates a nose Conyngham described as a “big, sweet hit of vanilla,” which comes from the first of the three barrels Slane uses. “Crucially, we split the whiskey between three barrels simultaneously, and then we blend and marry them together,” he explained. “It’s a little bit like mixing music. It gives you a lot more control, because you can basically dial into and dial out the flavor notes of each barrel. So when it comes to mixing the music—or putting the blend together, or the tune—you end up with, hopefully, better balance.”

The vanilla-loaded nose is no surprise considering the Irish whiskey is aged in barrels from the Louisville, Kentucky-based cooperage of Brown-Forman, which Slane partnered with in 2015, Conyngham said. “Importantly, for us here in Ireland, they have their own cooperage, which gives us access to barrels other people can’t get their hands on,” he added. “It’s a heavily toasted, medium-char barrel, customized for Slane, and if you toast the wood rather than burn or char it, it’s just more gentle on the wood sugars, and ends up releasing vanillin, which becomes vanilla.”

Watch the full interview with Conyngham on Whisky Advocate’s IGTV channel to learn more about how the other two barrel types Slane uses for maturation—Tennessee whiskey barrels from Jack Daniel’s and oloroso sherry butts from Jerez in southwestern Spain—contribute to the whiskey’s flavor, as well as the sustainability efforts Slane is making, the organic farm Conyngham runs on the estate, and future plans for the distillery’s grain, malt, and pot still whiskeys, all still maturing. Follow Whisky Advocate on Instagram to join our #TasteWithSpace live interviews, including the upcoming session on Friday, Sept. 11, when senior whisky specialist and digital editor Susannah Skiver Barton talks with Bruichladdich head distiller Adam Hannett about the Islay distillery’s renewed transparency campaign.