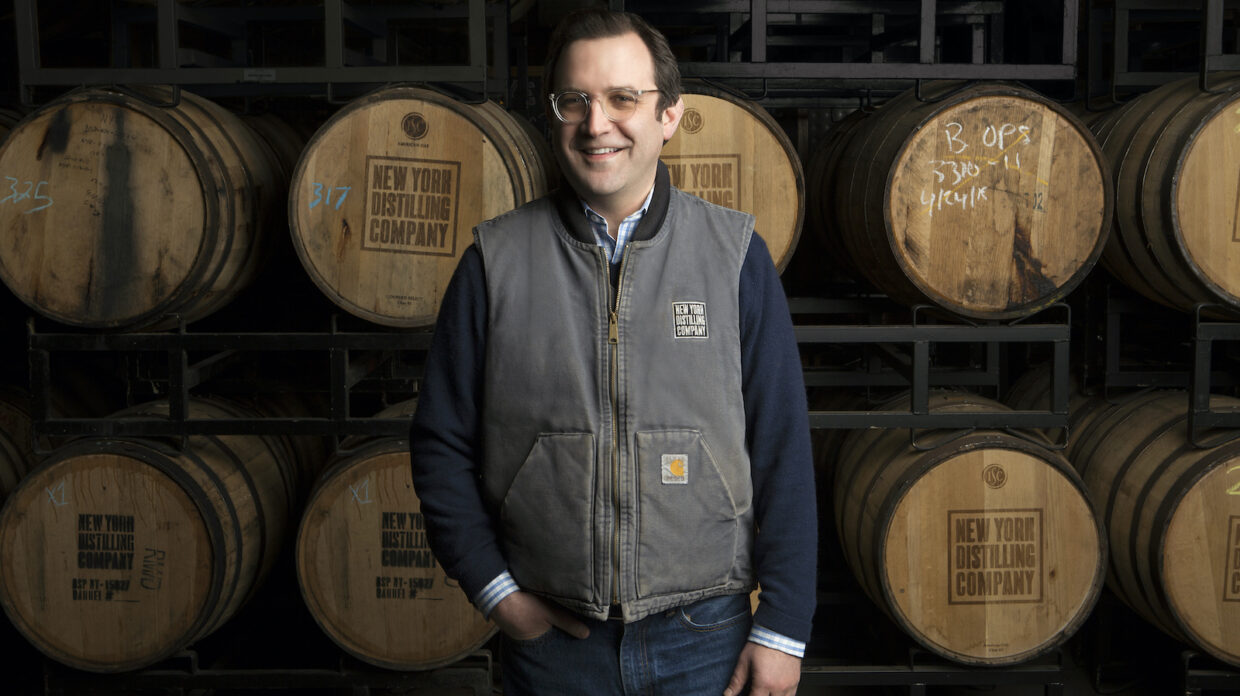 Allen Katz, owner of New York Distilling Co., was the latest guest on #TasteWithSpace on Instagram Live on Friday afternoon.

As the COVID-19 pandemic continues to pummel the United States, distilleries—from big household names to smaller craft producers—are feeling the brunt. “The truth is, the last four months have been a punch in the gut,” said Allen Katz, owner and distiller at New York Distilling Co. in Brooklyn, New York. Urban distilling already posed its own challenges in New York City, where space is hard to come by, but running a distillery in the pandemic’s epicenter created an entirely new obstacle, which Katz discussed with Whisky Advocate on #TasteWithSpace on July 10.

“It certainly has changed how we run our day-to-day operations,” Katz said of the pandemic. While New York Distilling Co. has been able to keep up production of spirits such as rye whiskey and gin, it has also started making hand sanitizer. Among other changes to the distillery’s day-to-day, its cocktail bar, The Shanty, was forced to temporarily shut down when New York City’s COVID-19 spread became overwhelming. The Shanty is currently selling premade cocktails, bottles of spirits, hand sanitizer, and other products to-go, and Katz looks forward to adding outdoor seating as New York City continues to slowly reopen.

Despite the challenges presented by the pandemic, Katz expressed a positive attitude about distilling in New York City, and reopening. “My hope is that we all wear masks, frankly, and tamp down on it enough that we can slowly get back to some sense of a safer reality—where we can not only produce more consistently, but get back in the public and share our wares,” he said. He added that New York City’s rich diversity is part of the reason he likes living and distilling there so much. “You can go to different parts of the city and taste different things, and smell different things, and interact with experts from different heritages. So to be able to have our distillery in the heart of New York City, in Williamsburg—this still up-and-coming neighborhood in central Brooklyn—was a chance to invite people into our professional home, and to share that experience. And I have no doubt that will come back into play. I can’t say when, but I do have no doubt that it will come back.”

Rye on the Rise

Katz also discussed Empire Rye, a designation of whiskey unique to New York. When the style was initially codified in 2015, New York Distilling Co. was one of the early adopters; its flagship Ragtime Rye was the first of its whiskeys to meet the standards. In the years since, the movement has grown, and Katz said New York Distilling Co. now fields requests from overseas. “Our hope is that in time, another five years from now, 10 years from now, that there’s a qualifiable, discernable, and unique—I hope—difference between ryes from New York State and ryes from perhaps other parts of the country, and other parts of the world,” he said.

From New York to Texas, Individual States Are Crafting Their Own Whiskey Styles

Watch the full interview with Katz on Whisky Advocate’s IGTV channel, and follow Whisky Advocate on Instagram to join our #TasteWithSpace live interviews every Friday at 3 p.m. Eastern. Tune in this Friday, July 17, as executive editor Jeffery Lindenmuth makes cocktails and chats with acclaimed mixologist Julie Reiner of Clover Club and Leyenda.