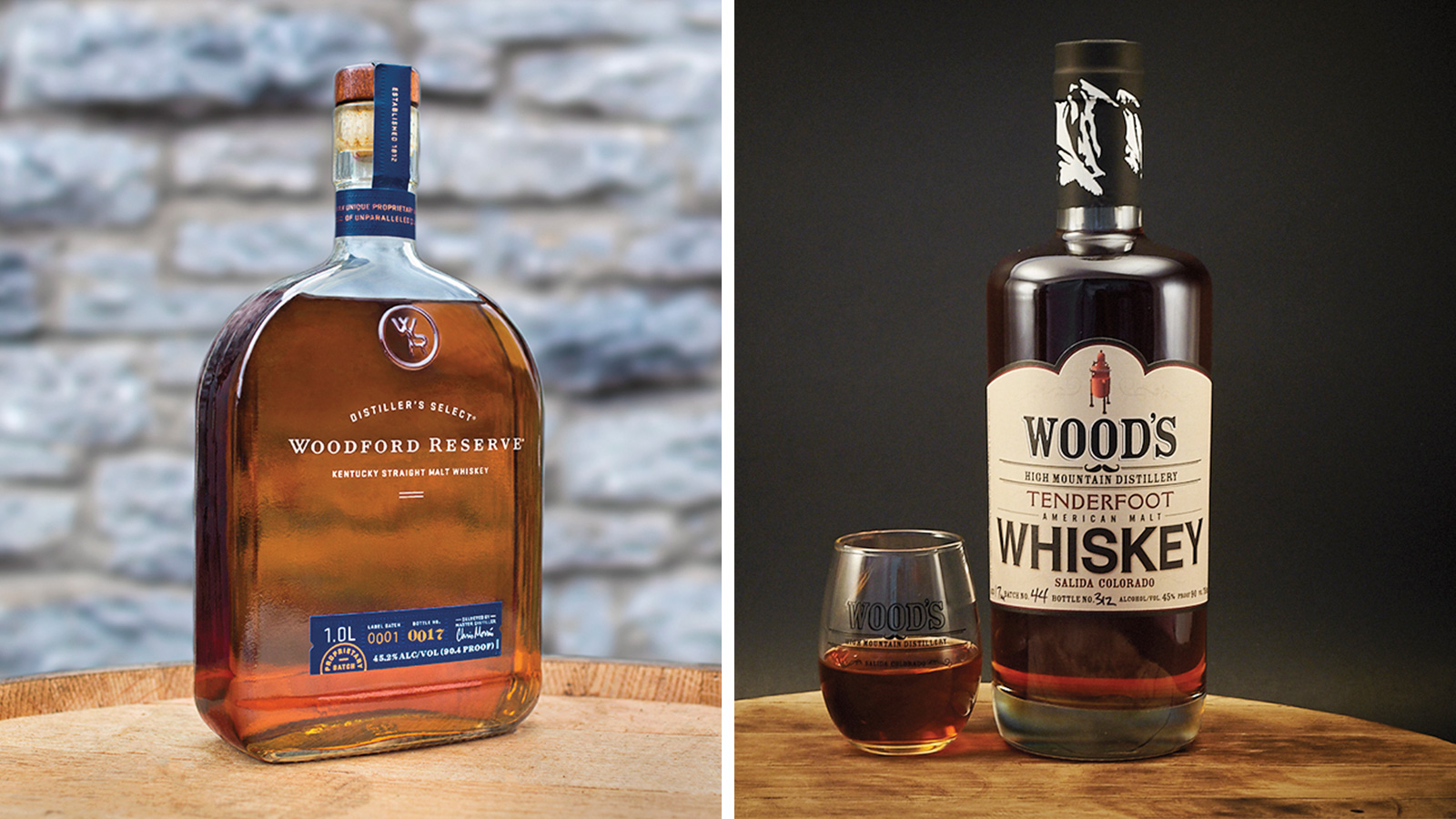 Taking advantage of the U.S. definition, Woodford Reserve’s Kentucky straight malt whiskey is made from a mashbill of 51% malted barley, 47% corn, and 2% rye. It’s a malt whiskey that is also just a touch shy of qualifying as a bourbon. As with other U.S. whiskey styles, straight indicates it has spent at least 2 years in a new, charred oak barrel.

Far from a new trend, malt whiskey has a rich heritage in the U.S. “Our research shows that the first malting house in Kentucky was established in 1785 in Woodford County,” says Chris Morris, Woodford Reserve’s master distiller. Morris also says the original Brown-Forman Distillery had a malting kiln and floor operation, and that several pre-Prohibition Kentucky distilleries produced malt whiskey, including Brown-Forman’s Marrow Malt. “The Woodford Reserve Kentucky straight malt whiskey expression draws upon this largely forgotten history for its inspiration.”

For their 2015 Parker’s Heritage Collection, Heaven Hill offered a straight malt whiskey produced using 65% malted barley and 35% corn. Many craft distillers veer even closer to traditional single malts, while still taking advantage of the flexibility to add other grains. Tenderfoot American Malt Whiskey from Wood’s High Mountain Distillery uses all malted grains, with 79% malted barley, including parcels of cherry-smoked malt and chocolate malt, 12% malted rye, and 9% malted wheat. “I wanted my whiskey to have dark chocolate, smoke, stone fruit, spice, and a hint of sweetness, and I thought it required a bit of malted wheat and malted rye to achieve that,” says P.T. Wood, distillery co-founder.

At Oregon’s Ransom Spirits, owner and distiller Tad Seestedt was inspired by traditional Irish whiskeys. The Emerald 1865 has a mashbill of 68% malted barley, 10% unmalted barley, 12% oats, and 10% malted rye. “The whole idea behind the Emerald was to try to make an Irish [-style] whiskey as we think they might have tasted before the advent of the column still, before rye and oats disappear from those mashbills,” Seestedt says. The Emerald is a straight American whiskey, rather than a malt whiskey, because it does not meet American malt whiskey’s requirement of aging only in new charred oak barrels, opting instead for just a small percentage of new oak. American whiskeys made with malted barley rarely fit into neat categories. “People say, ‘Oh, well is it a scotch? Is it a bourbon? Is it an Irish whiskey or whatever?’ And, well, it’s not those,” Seestedt says. “I think the discussion is starting to get wider attention, people are talking about ‘what’s the mashbill,’ and when I first heard that I was like, ‘Oh I’ve been waiting to hear that for years!’”