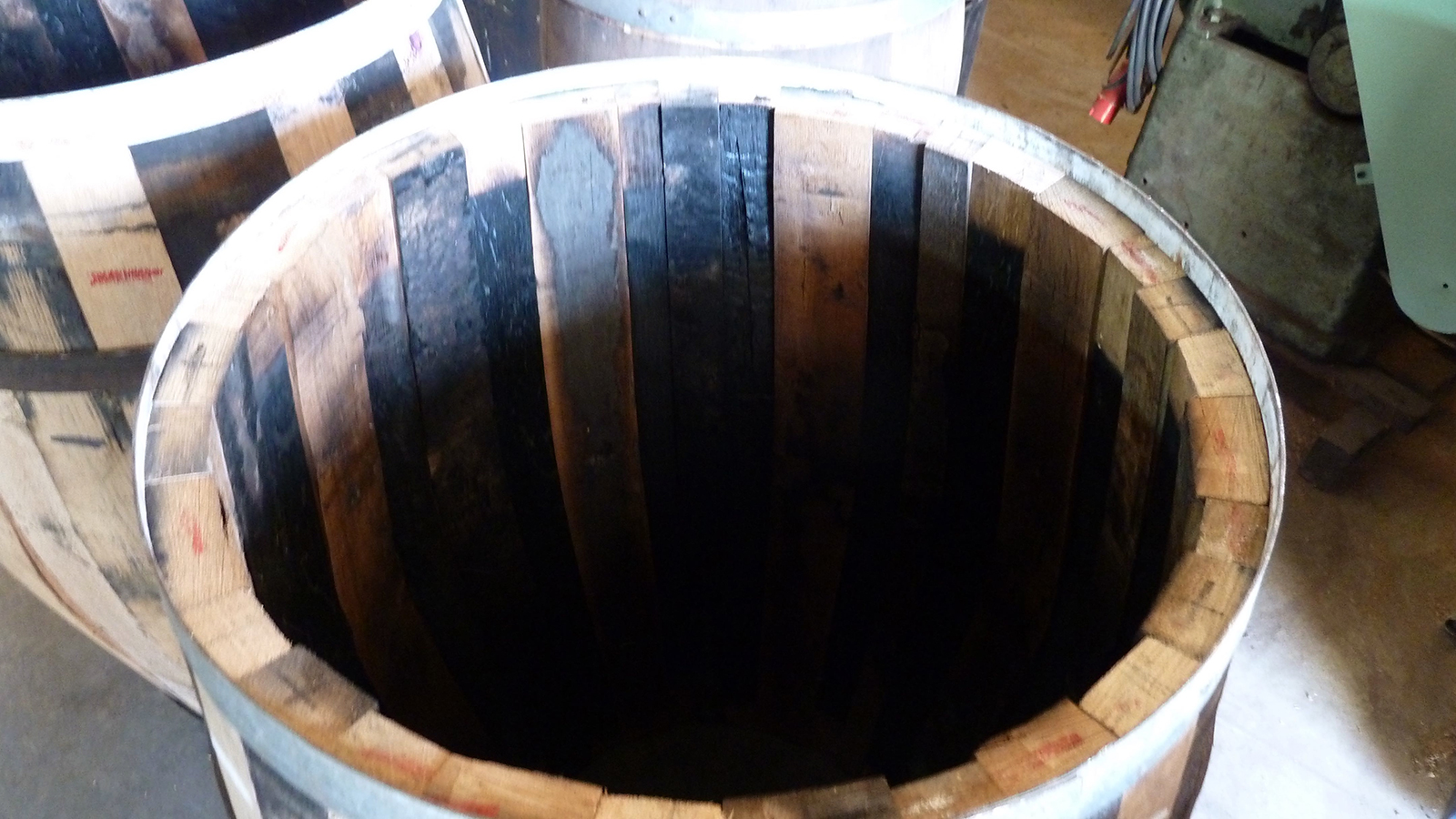 We’ve come a long way since the Compass Box Spice Tree debacle. Over a decade ago, Compass Box founder John Glaser added inner staves to barrels to enhance the surface area ratio of spirit to wood. Criticized by the Scotch Whisky Association for non-traditional practices, he withdrew the original bottling from sale to research alternative methods. Now it is commonplace to hear of whisky producers sandwiching alternative cask ends onto existing barrels. There have been designer casks from Glenmorangie, quarter casks from Laphroaig, and an exhausting array of finishing initiatives. Master of Malt developed promising 50-liter oloroso and Pedro Ximénez hybrid casks for their Darkness! range. Now, there has been a breakthrough. Amrut revealed the results of a five-year program developing one of the most innovative custom-built casks ever conceived.

Amrut Spectrum is an industry first: a whisky matured inside casks coopered from the staves of five different woods. Inspired by industry developments, Ashok Chokalingam, Amrut’s senior general manager for international operations, conceived the notion for a radical single cask that could impart multiple flavors. “I spoke to my cooper and he said, ‘I’ve been running my cooperage for the last 43 years and nobody has ever asked me to make such a barrel. How can we do it?’” recollects Ashok. “So I flew over to see him at the cooperage to discuss how we could make a single barrel with five different woods.”

They chose new American oak, new French oak, new Spanish oak, oloroso, and Pedro Ximénez sherry staves, but the different properties of each required individual treatment. “First, we made a new American oak barrel with a char three, a new French oak barrel with a very slight toasting on it, and a very light toast on the Spanish oak as it has more tannins,” explains Ashok. They cut staves from Pedro Ximénez butts and oloroso casks down to size and made a barrel from each. Next, the coopers dismantled all five barrels and began to re-assemble the five wood casks, mixing one stave after another. Each cask has approximately six staves of each wood, with a new French oak head at one end and a lightly toasted char three new American oak end at the other. Pleased with the result, Ashok wondered, “So the barrel is ready, but how will the whisky turn out?”

The five barrels were filled with 3 year old bourbon cask matured Amrut whisky and monitored closely. After 3 to 4 years, it was declared ready for bottling. Initially, 1,000 bottles of Amrut Spectrum were released in Europe and other markets, but the larger, second release will be coming to the U.S. in 2017. Ashok is so encouraged by the results that he just ordered another 50 casks, and they are actively researching the effects of varying the stave ratios. Can they safeguard this brilliant idea from other distillers? “We might try to get a patent on the barrels, but I don’t know the feasibility of it. The whole world knows that over hundreds of years of whisky making, this is the first time a distillery has made a barrel from five different woods. I think that already puts us in the history books.”