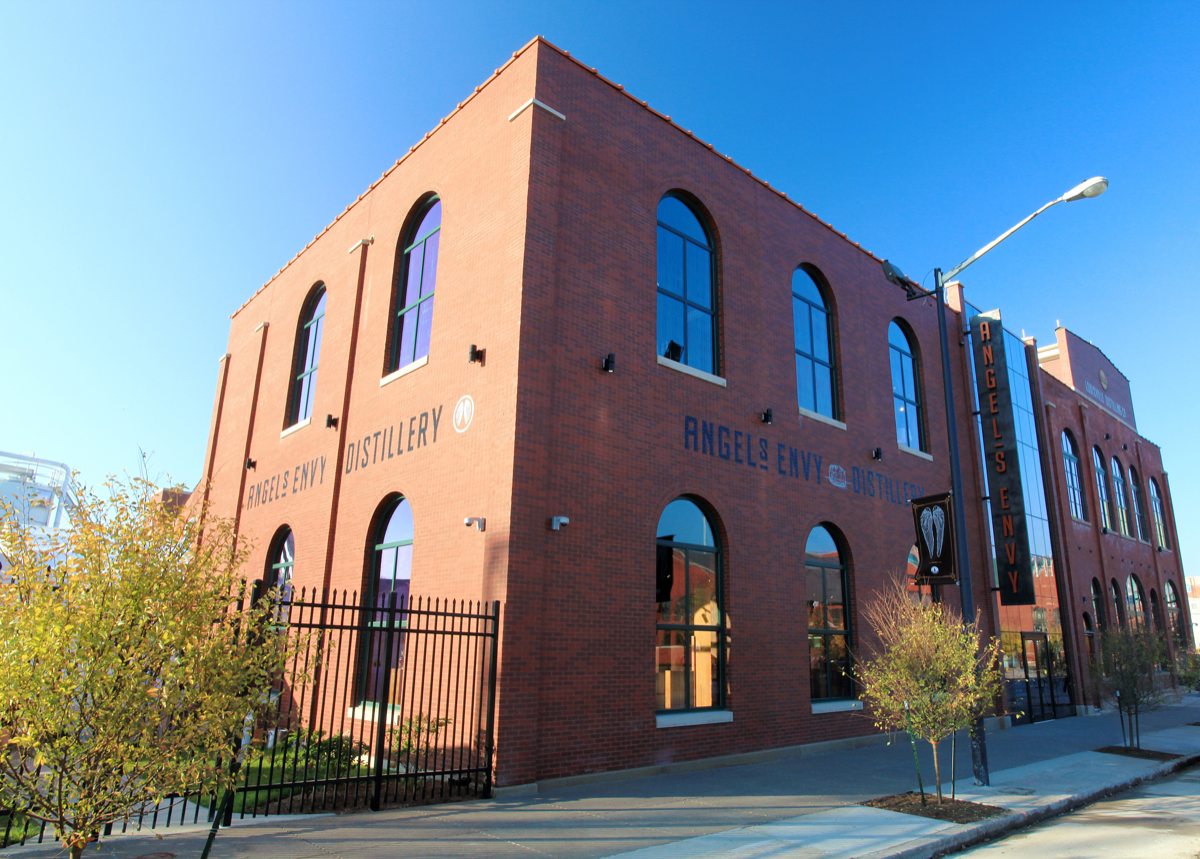 Angel's Envy opened its distillery in Louisville in November 2016.

Angel’s Envy was founded in 2006 by Wes Henderson. His father, Lincoln, had worked as a master distiller for Brown-Forman for nearly 40 years, helping to develop brands like Woodford Reserve, Gentleman Jack, and Jack Daniel’s Single Barrel. When Wes started up Angel’s Envy, Lincoln worked to select and blend whiskeys for the brand. The two men, along with Wes’s son, Kyle, broke ground on the distillery in July 2013, just two months before Wes passed away.

The distillery opened this past fall, but Angel’s Envy underwent a major transition in the meantime. Multinational drinks conglomerate Bacardi Ltd. acquired the brand in 2015. Shortly after that, Cecilia Henderson, Lincoln’s widow and Wes’s mother, filed a lawsuit accusing her son of withholding the share of the sale entitled to her as inheritor of Lincoln’s estate. The suit was settled in February 2016.