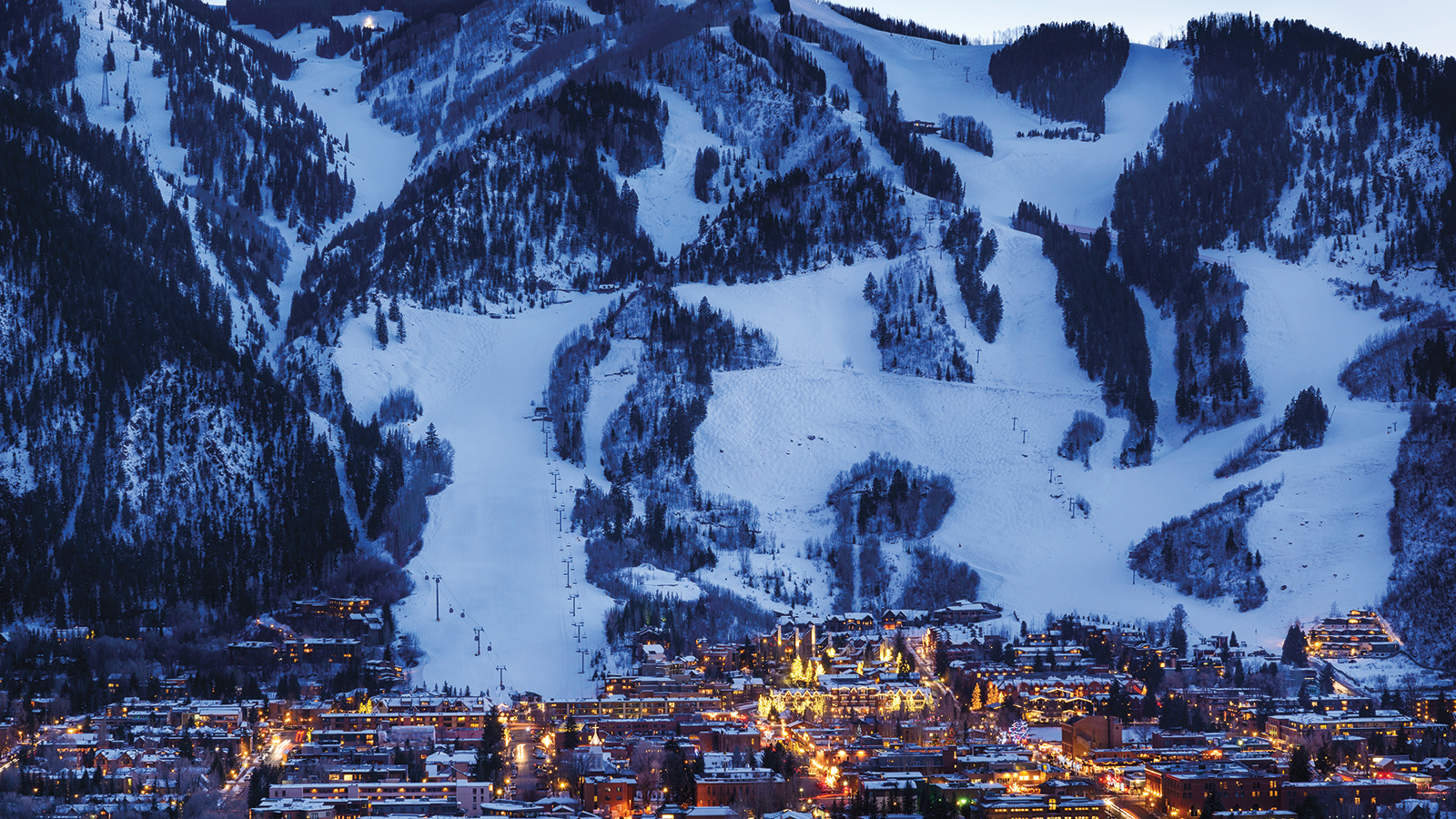 Fresh snow and the warm glow of lights glimmer at twilight in Aspen, Colo. (Photo by Scott Cramer/iStock)

My lack of Irish ancestry doesn’t preclude me from raising a Guinness on St. Patrick’s Day, and I’ve been known to saber the top from a bottle of Champagne despite never having ridden with Napoleon’s light cavalry. So the fact that I have never actually set foot on a pair of skis does not deter me in the least from taking part in the after-ski drinking session that goes by its French moniker, après ski, and nor should it you.

Après ski is such an important part of the ski country lifestyle that it has its own cocktail event: the Après Ski Cocktail Classic in Aspen, celebrating its fifth year this March. Where après ski was once restricted to sipping snifters of neat Cognac or cozying up by the fire with steaming hot drinks, nouveau après ski cocktails include a full spectrum of spirits and flavors, generously piled on and layered like woolen sweaters on a wintry day. This, of course, includes whisky.

“Whisky is amazing in the après ski environment because these spirits tell stories, and that is a big part of the culture,” says Kim Haasarud of Liquid Architecture, and co-founder of the Après Ski Cocktail Classic. “Whisky is warming and easy to pair with spices like nutmeg, cinnamon and clove, and fruits. I also see a lot of women from places like California who might never choose a Scotch whisky cocktail, but just being in the ski environment opens them up to the possibilities,” says Haasarud, noting that while bourbon and rye lead the way, all types of whisky, including blended and single malt scotch, are on the rise at the event.

Speaking of possibilities, I confess to Haasarud that I’d like to hop a flight to experience the Après Ski Cocktail Classic, but moreso to warm up with whisky cocktails than shiver on the slopes. “No problem! Like a lot of ski towns, Aspen has luxury shopping, great restaurants. People go off on their own and then all meet up for après.” These are the most delicious new whisky drinks being served this winter at some top ski destinations. Try mixing a few for your own après ski—or, as I like to call it, après anything.

Howitzer from The Rose in Jackson Hole, WY

Old Money from the Inn at Baldwin Creek and Mary’s Restaurant in Bristol, VT