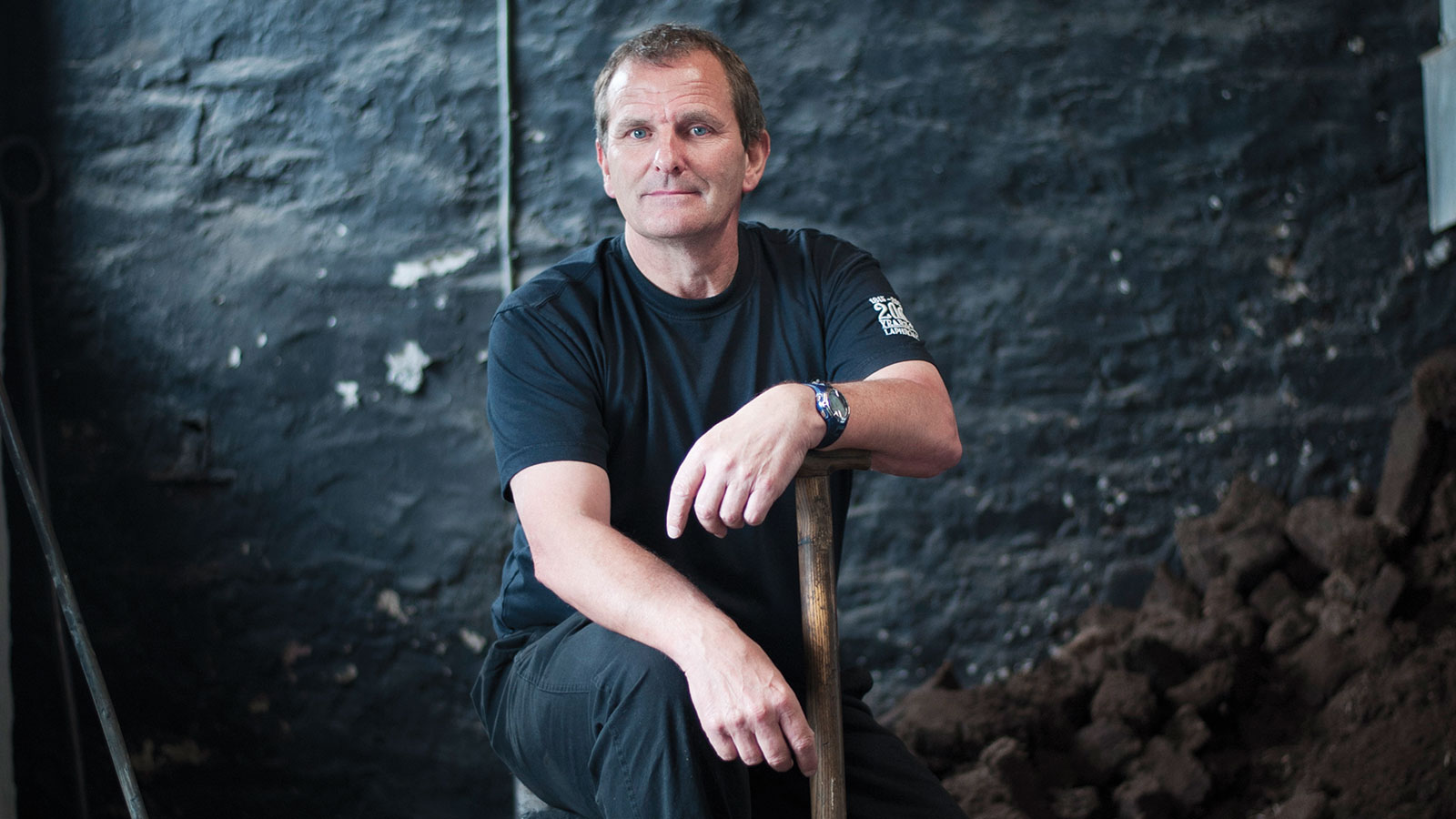 When I meet Arthur in Laphroaig distillery’s living room-like lounge, he removes his yellow vinyl vest and plastic safety glasses before he shakes my hand. “Health and Safety,” he grumbles, referring to the British regulatory agency, shaking his head. “They have us doing all these things.” Arthur is an honorable member of what you might call Ye Olde Guarde of maltmen. A native Ileach, he muses, “It’s hard to believe that something made on such a small island is distributed all over the world. It’s quite mind-boggling.” This from a man who’s been in the industry 44 years. The power of peat never ceases to astonish.

Like many on the island, Arthur has worked at multiple distilleries. He started as a general laborer at Lagavulin in 1971 and became a console operator at Port Ellen Maltings two years later. (“A very responsible job for a 17 year old boy. It caused me many sleepless nights.”)  Many other jobs followed: mashman, shift operator, production manager, and more. As you might imagine, he has plenty of stories, the kind for nights around a fire, dram in hand. As we walked through the distillery, we paused at the peat kiln, where he launched into a yarn that began, “In old days when people lived off the land, they gathered hens and pheasants.” He went on to describe how, by emptying out a tin can, workers cooked their lunch in the kiln, which was built in 1840.

But his best story is one that makes me think he’s actually Laphroaig’s unsung hero. He explained that the maltmen used small chariots (wooden wheelbarrow-like apparatus that transports malt around the malting floor) to make four runs across the malting floor. But he deemed it, “ridiculous,” and successfully lobbied for wider chariots so workers would only have to do three runs.

He’s inventive and resourceful by nature, which perhaps explains his disdain for the digital world. He declares Instagram and Twitter, for instance, too time-consuming. His passions lean old-school: professional boxing (“It was my life’s ambition to watch a heavyweight champion fight,” which he fulfilled when he traveled to Cologne, Germany to see Vitali Klitschko vs. Odlanier Solis in 2011), fishing, and golf. But mostly golf. He deems the nearby, recently redesigned Machrie golf course “very impressive,” and he imagines golfing in retirement would be most perfect. He plays a handicap of five. Just one thing could hinder his plans: “Ever hear of the monkey shoulder?” he asks, yanking down the left side of his shirt collar to reveal a scar. “I had arthroscopic surgery from all the years shoveling malts, but I tell people it’s from my golf swing.”