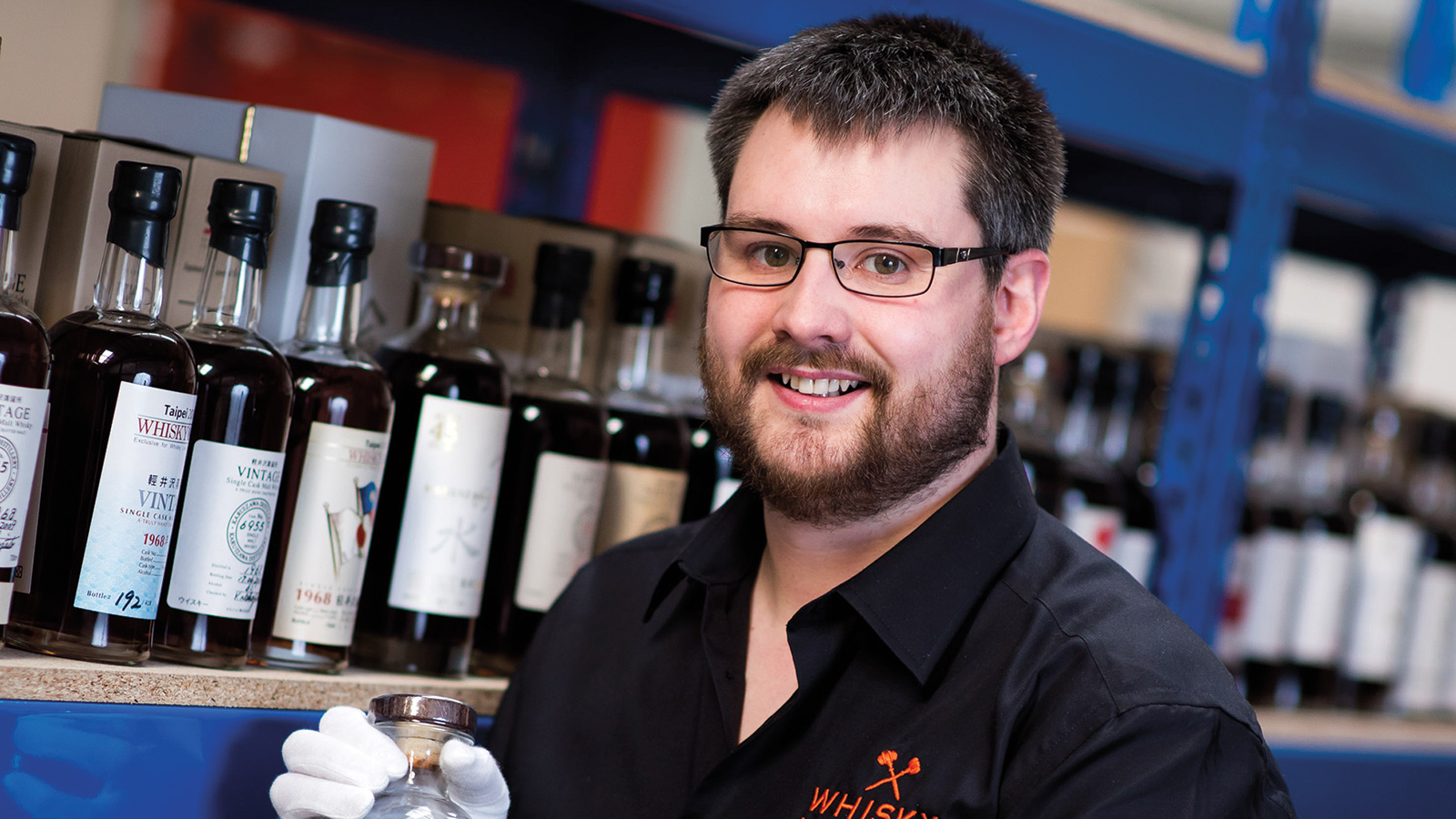 Iain McClune of Whisky Auctioneer shares his outlook for the future of Irish whiskey.

It’s not too late to get into collecting whisky. While the likes of Karuizawa and Macallan in Lalique might be out of reach for most whisky lovers, there are plenty of up-and-coming styles, brands, and bottles that experts predict will appreciate in value. With their fingers on the pulse, five auctioneers share what’s trending now and what they believe is up next.

“We’ve seen a big increase in the number of Midleton whiskeys coming through to auction, especially if they carry a vintage statement or it’s single cask. It’s not just Midleton Very Rare; older single cask bottlings are also picking up in value, such as the Irish Whiskey Society bottling. I think there are quite a few bottles of Irish whiskey around from the early 20th century, and more than we suspect because of the nature of their market and the long period of decline. Look for value when older editions of single pot still whiskeys such as Redbreast and Greenspot appear.” —Iain McClune, founder of Whisky Auctioneer, Perth

“Japanese whisky went through a boom time in 2015–16, and now all the best bottles of Karuizawa and Hanyu have been issued. If there are any remaining casks, the rumor is they are being held back for the 2020 Tokyo Olympic Games. In the future, prices for sought-after rare bottles such as Karuizawa 1960 and Yamazaki 50 year old could go very high. Non-age statement whiskies are making people pause a bit, even with Karuizawa; they’re a little scared of it.

Chichibu is very strong in Japan. They do limited bottlings and the releases are cask by cask, making it sensible to collect. Picking the right Komagatake makes sense too. Nikka single malts are very rare now, particularly Yoichi and Miyagikyo single cask releases, and these should gradually increase in price. Overall, I think prices have stabilized, so it’s a good time for people to start collecting Japanese whiskies.” —Daniel Lam, head of wine and whisky, Bonhams, Hong Kong

“The American whiskey auction interest remains high. I break it down to three eras: pre-Prohibition (including Prohibition ‘medicinal’ whiskey), mid-century (1930s-1990), and modern collectibles (since 1990). There is a renewed fascination with rye whiskey, especially older bottlings and special attention given to bottled in bond (100 proof) and barrel proof bourbons. Older bottlings of current brands as well as closed distilleries are also very popular. The modern era brings us the last production of Stitzel-Weller along with newer craft distilleries and a resurgence of the major distilleries of Kentucky whose limited edition releases are highly sought after and are strictly allocated. Auction interest should remain strong.” —Joe Hyman, fine spirits specialist, Skinner Inc, Boston, MA

“Macallan, Brora, and Port Ellen are the big names in scotch. You might not see the same returns as someone who got in four years ago, but the trend is still an upward one. GlenDronach is getting very popular as an alternative to Macallan. A lot of their older single casks are very popular and sell out almost immediately upon release, so they can achieve a big markup on the secondary market. Definitely, there has been an increase in the prices of old blends such as White Horse and Ainslie’s, because old single malt has become so prohibitively expensive for a lot of people. People can’t afford to buy White Horse bottlings of Lagavulin 16 year old, but they can afford a 1970s bottling of White Horse blend, which will still contain old Lagavulin.” ­­ —Ewan Thomson, head of photography & research, Scotch Whisky Auctions, Glasgow

“Rum is absolutely massive; it’s the biggest, most buoyant, and most exciting area. It’s a fast-moving category, so look for aged rums from closed distilleries such as Caroni; there are some very exciting single cask and small batch releases from independent bottlers. Flagons of Royal Navy rum always do well and prices are going up fast. Like the explosion in prices we saw for Japanese whiskies and Macallan, rum is now on that level of interest.

One of the big things in vintage spirits is people wanting to make original cocktails. If they find a recipe from the 1950s, people will look for original ingredients such as Campari, Pimms, gin, or vermouth. It’s collecting, but of a different sort: collecting for experience and authenticity. Anything that makes your home Martini or Negroni is going to be sought after. With Chartreuse appearing from different eras, we have seen extraordinary results for the oldest bottles. —Isabel Graham-Yooll, director of Whisky.Auction, London