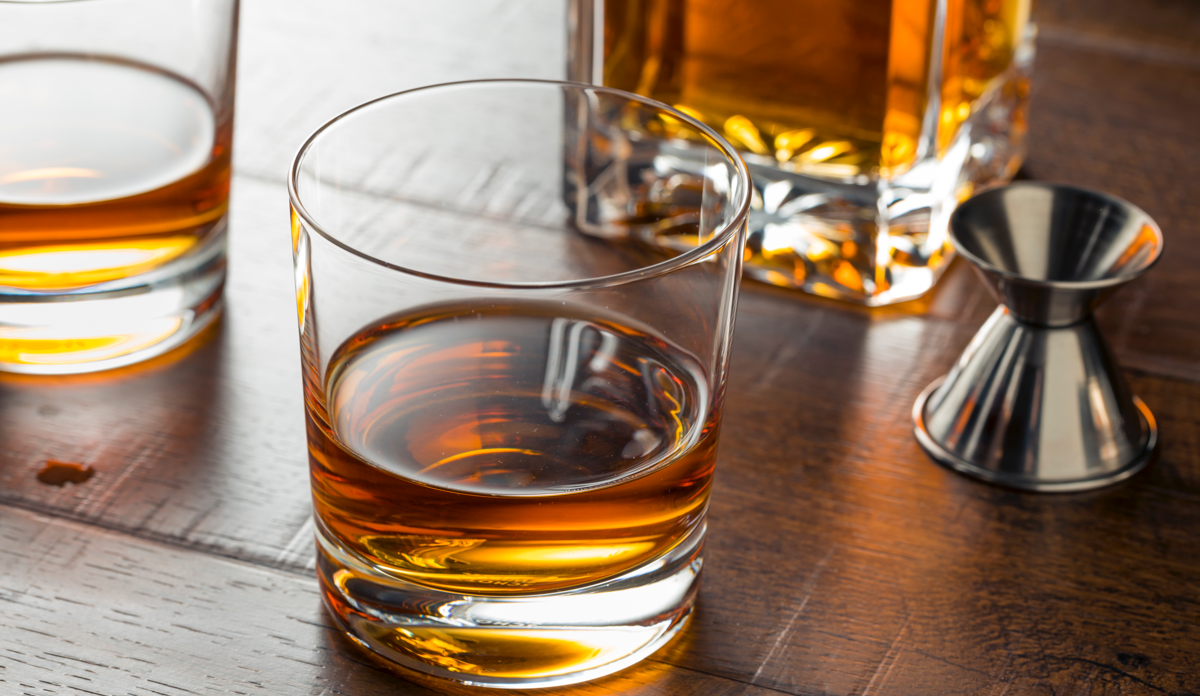 Drink up a host of new whiskies from Scotland, the U.S., and beyond. (Photo by iStock/bhofack2 )

This week’s newest whiskies come from Scotland, Kentucky, Indiana, Ireland, and beyond.

Balvenie is releasing this year’s batch of Peat Week 14 year old. Vintage-dated to 2003, the peated whisky will be quite available—36,000 bottles are destined for the U.S. market—and will cost $99. If you’re wondering why Balvenie, a typically unpeated Speyside single malt, would make a peated version, find out the answer from the man who makes it, David Stewart.

Another whiskey that’s coming back for the second year in a row, WhistlePig Farmstock Crop 002 is now hitting shelves. The blend includes ryes sourced from MGP Distillery in Indiana, Alberta Distillers in Canada, and WhistlePig’s own Vermont Distillery; this year, the Vermont portion makes up 32% of the mix. As with Farmstock Crop 001, this year’s batch is limited. It has a recommended retail price of $73.

Speaking of MGP, the Indiana mega-distillery has just released its own rye, after years of supplying hundreds of other brands. Rossville Union Master Crafted straight rye is launching with two variants: one bottled at 47% ABV ($40) and the other at barrel proof, 56.3% ABV ($70). Named after the original distillery that opened in Lawrenceburg in 1847, the ryes are both aged at least four years and available in a handful of states.

The latest crop of Distiller’s Art single cask bottlings from Hunter Laing are now available. The single malt (and a couple single grain) scotches come from various regions of Scotland and range in age from 6 to 32 years old, and in price from $85 to $1,600. As single cask whiskies, they’re available in limited amounts.

Finally, a new Irish whiskey has made a quiet appearance in the U.S. Gelston’s is a historic brand that was recently revived; its first expression is a 25 year old single malt sourced from Bushmills. Available in limited amounts for around $500, the whiskey will be joined by younger and lower-priced siblings, sourced from other Irish distilleries, in the future. Read on for full details. 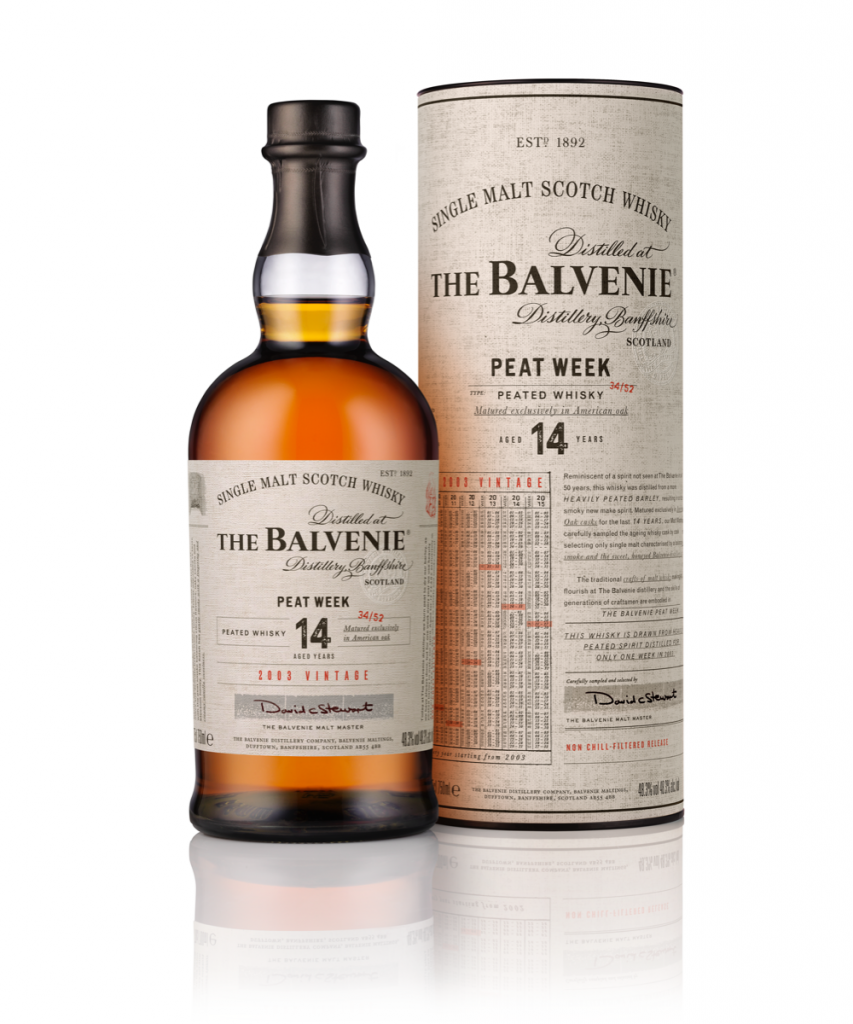 Following up on the initial 2017 release of Peat Week, Balvenie is rolling out its second batch: still 14 years old, this was distilled in 2003 and matured under the expert eye of malt master David Stewart. It is, of course, made with peated malt, a departure from Balvenie’s usually unpeated house style.

I sat down to talk with David Stewart in late 2017 about Peat Week, and the ways scotch has changed over the past half-century. When Stewart started his career in the 1960s, many distilleries used peat to dry their barley. Smokiness in scotch was expected. Although that has changed—especially in areas like Speyside, where there are few distilleries still using peated malt—Peat Week is, in David’s words, “taking Balvenie back to where we originally started from.” 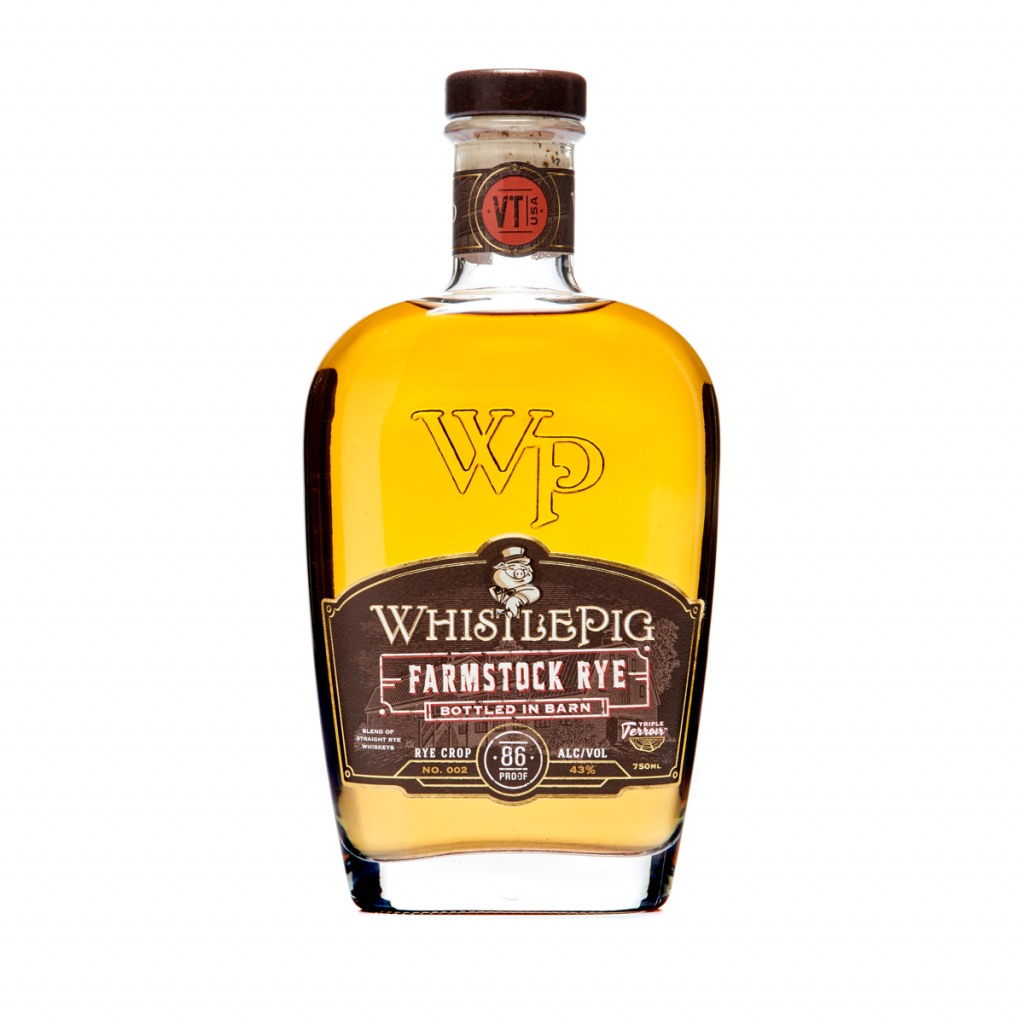 Like many young distilleries, WhistlePig initially sourced all its whiskeys while waiting for its own product to be distilled and aged. (High West, another distillery that started off using only sourced products, just announced that its house-made rye is now a primary component of Double Rye.) When it debuted Farmstock (85 points) in 2017, WhistlePig introduced its own-made whiskey to the world. WhistlePig master distiller Dave Pickerell sat down with me last year to explain how he puts FarmStock together—watch the interview here. 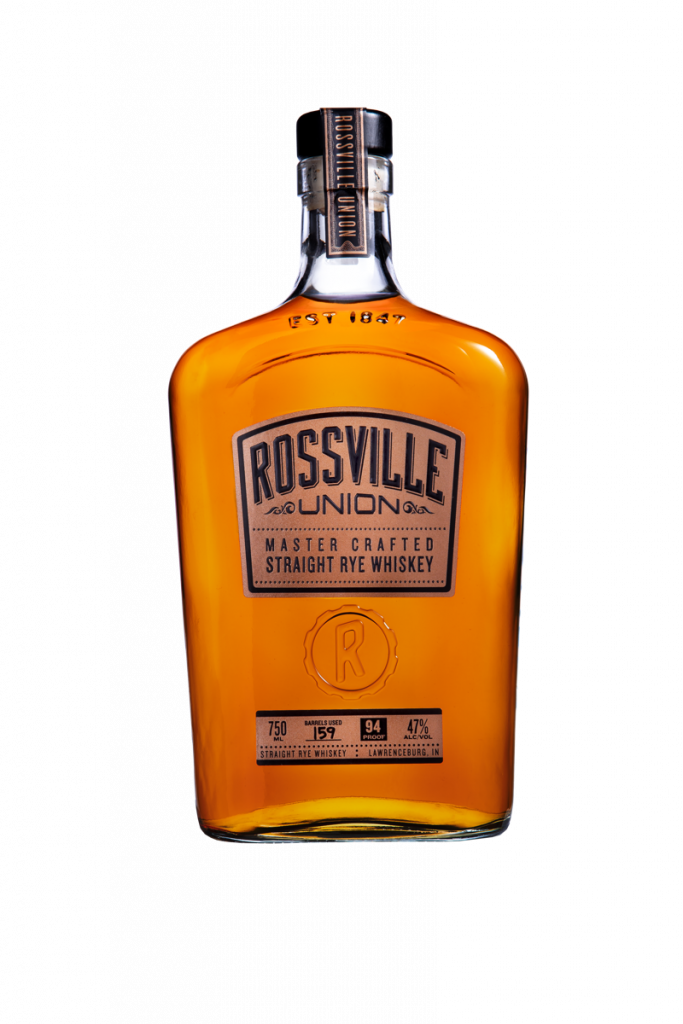 MGP Distillery—supplier of rye whiskey to numerous craft distilleries—has launched its own rye brand. Rossville Union is aged at least four years and is available in two proofs—47% ABV and 56.3% ABV. The rye is a combination of mashbills, including a 51% rye mashbill and MGP’s signature 95% rye mashbill. The name is historic: Rossville Union was the original name of the Lawrenceburg distillery when it opened in 1847.

After selling lots of whiskey to other producers for decades, MGP has been making moves to roll out its own brands. Last year, the company relaunched the George Remus bourbon line, and now it’s time for the rye. Of course, MGP is up against some stiff competition from producers who are finishing, blending, or otherwise using MGP-sourced rye for their own brands—think High West, Bulleit, even the WhistlePig that’s right above this text. It should be a fun (and delicious) exercise to compare the distillery’s own house rye with some of the many ryes it originally made. 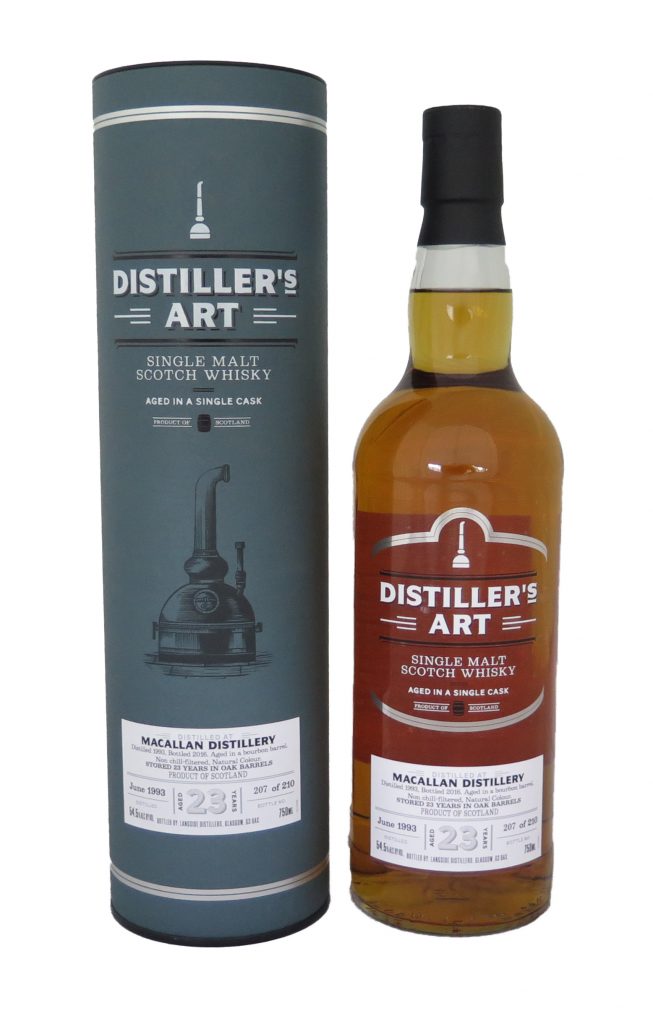 This line of single-cask bottlings comes from Hunter Laing, an independent bottler that’s about to open Ardnahoe Distillery on Islay, where the legendary distiller Jim McEwan will serve as production director.

The range includes a number of single malt and single grain whiskies, each bottled at cask strength:

Savvy scotch drinkers don’t need to be told that independent bottlers, or IBs, offer some of the best whisky deals going. The Distiller’s Art range is no exception. Compare its 21 year old Craigellachie to the official Craigellachie 23 year old—$163 versus around $300 or more. With each of these whiskies bottled at cask-strength, too, there’s a lot of value for the price. 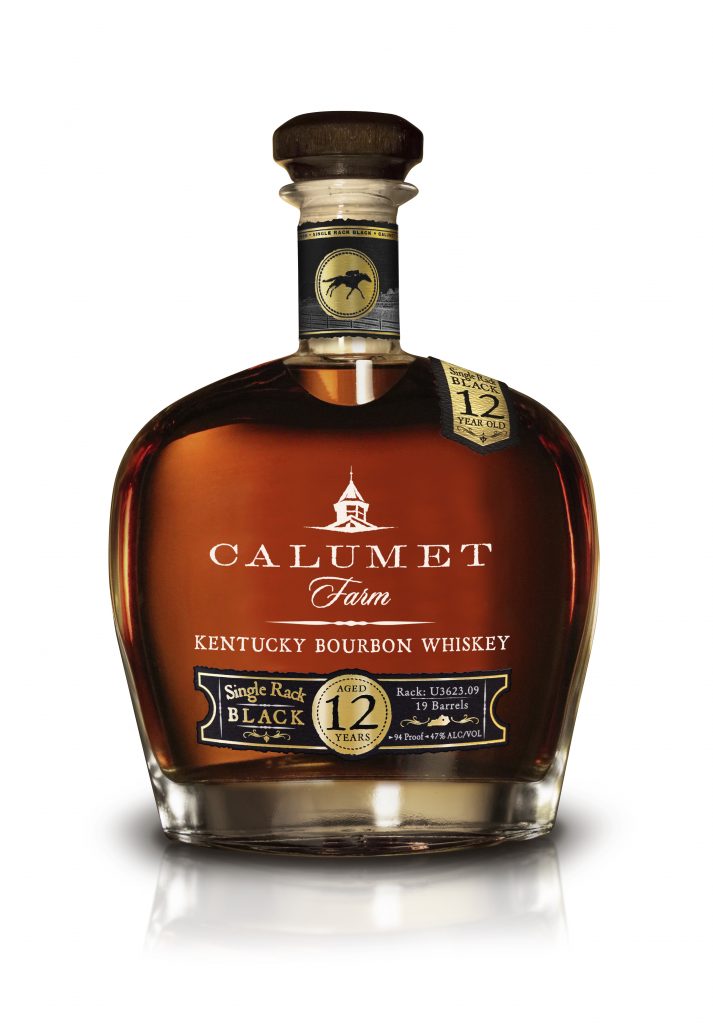 This bourbon comes from barrels from “the specific center cut racks from the ideal maturation location and conditions inside the rick house,” according to the company’s press release. Nineteen barrels were used for this initial batch; there will be more batches released in the future, with consistent availability.

Western Spirits, the parent company of Calumet Farm, has a contract with Bardstown Bourbon Company to distill whiskey for this brand and others, like the Bird Dog line. For the moment, however, the whiskeys come from an undisclosed source or sources. 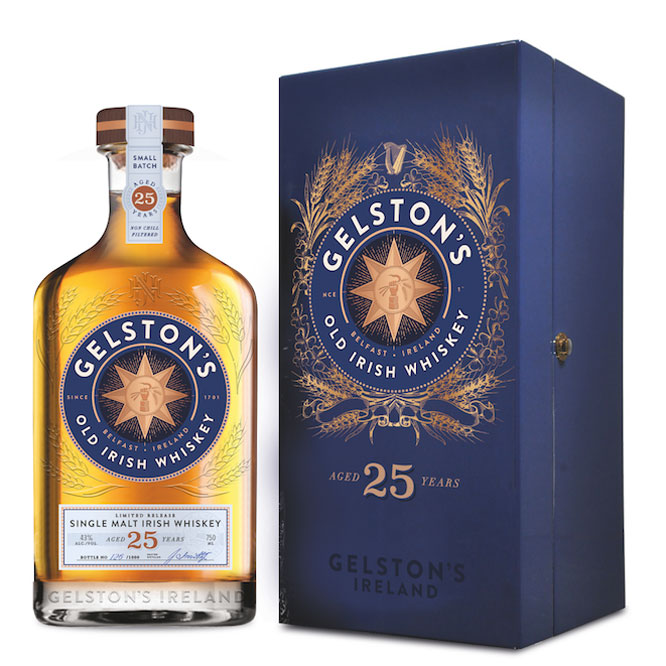 Gelston’s, a new Irish whiskey brand, debuted in late 2017 with this 25 year old single malt sourced from Bushmills Distillery. The whiskey spent its entire life in ex-bourbon casks and is bottled non-chill filtered at cask strength.

Wine and whiskey merchant Samuel Gelston founded his namesake brand in 1830; after his death in 1869, Harry J. Neill bought the business. His descendant, Johnny Neill, has revived the Gelston’s Irish whiskey brand. Like his predecessors, he uses sourced whiskey—in the case of this 25 year old, from Bushmills. Future releases of Gelston’s will include younger single malts from different distillery sources. 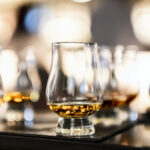 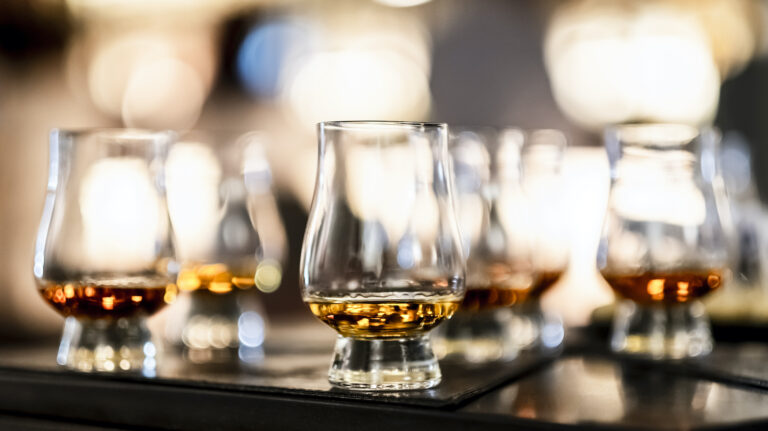 One of Scotland’s newer distilleries brings cask-strength offerings to the U.S., while new Welsh whisky and Pennsylvania rye hit shelves.