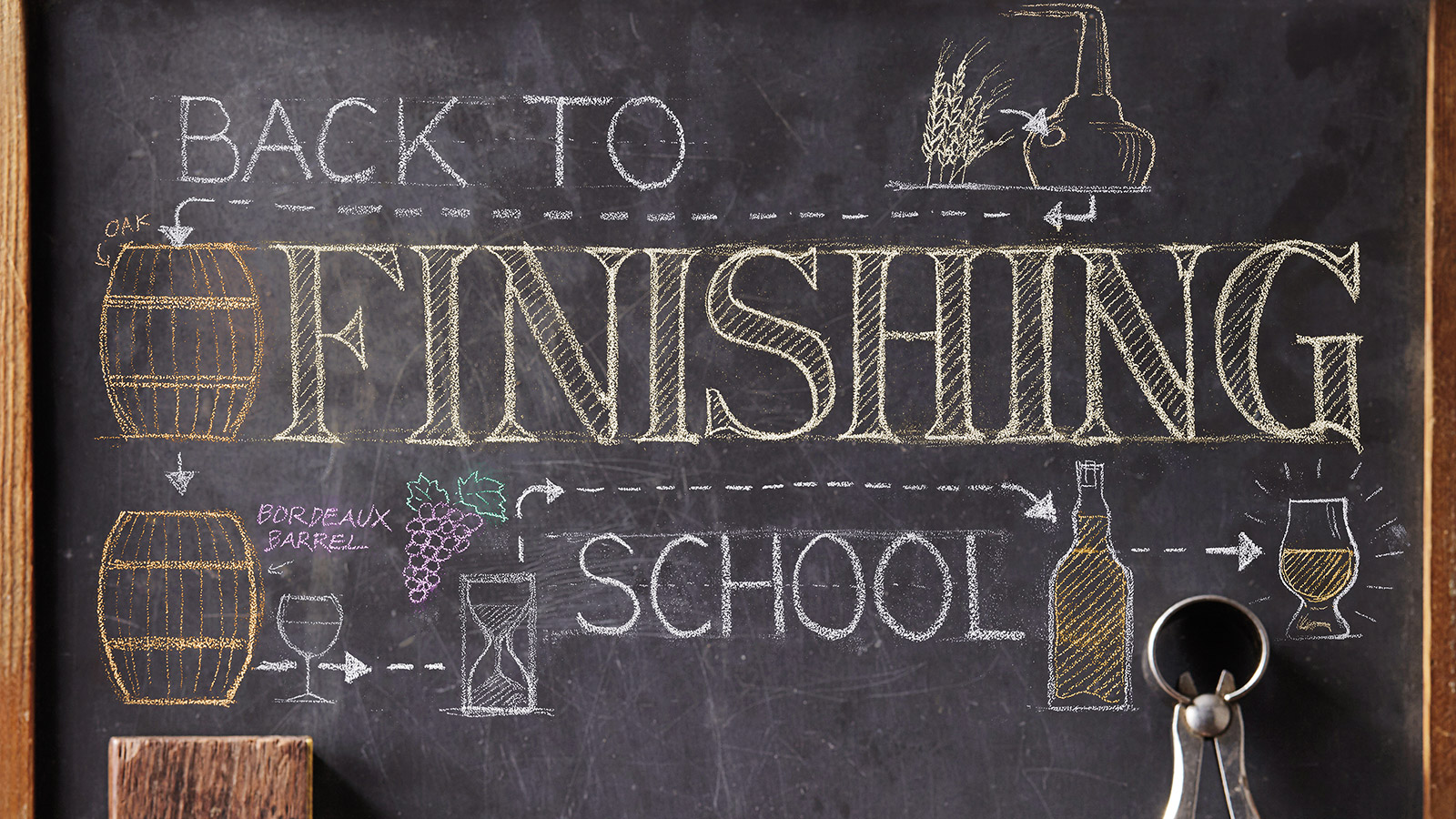 Finishing is the popular term for transferring a mature whisky to a second cask, perhaps one that previously held port or rum, a first-growth Bordeaux, or is crafted from uncommon oaks like mizunara or Irish oak to give a different flavor profile. The purpose of finishing is to create a new whisky that complements the house style. Think of finishing like the secondary boosters on a space rocket, helping it to achieve a higher orbit, or like precious sapphires set around a diamond by a nimble-fingered jeweler to enhance the sparkle. When done well, finishing adds shades of color and flavor, swaddling the whisky with complementary tones and imbuing the spirit with extra personality. Come with us, back to finishing school!

Lesson 1: Start at the Finish

For starters, Scotch whisky must be matured for a minimum of 3 years in an oak cask. After that, there is a range of different finishing possibilities open to the distiller if they choose to transfer the whisky into a second cask to enhance the flavor. Maturation continues, but the alternative cask can bend the flavor in a spectrum of new directions, like white light shining through a glass prism. Here is where the skill lies: choosing a malleable style of whisky that can be paired with a quality finishing cask ready to impart its flavors under close supervision.

Want to know the different cask types that are used for finishing? Get a primer here.

Finishing has galvanized distillers and blenders to attain new heights of creativity as they strive for new flavor combinations. So how is it done? Andy MacDonald joined the whisky industry in 1990 and has one of the most enviable jobs on the planet: he has been Glenmorangie’s distillery manager since 2008. MacDonald thrives on the fact that everything is done on-site, including overseeing their extensive program of cask finishing. “I’m responsible from the malt coming in, to the final whisky leaving the site to go for bottling,” he says with pride. “There’s been so much change in the distillery since I got there. My first job was to shut the distillery down for six months and expand it by 50 percent, restart production, and ensure that we kept consistency up and didn’t change the style of the spirit. That’s where my expertise came in from my previous positions.” 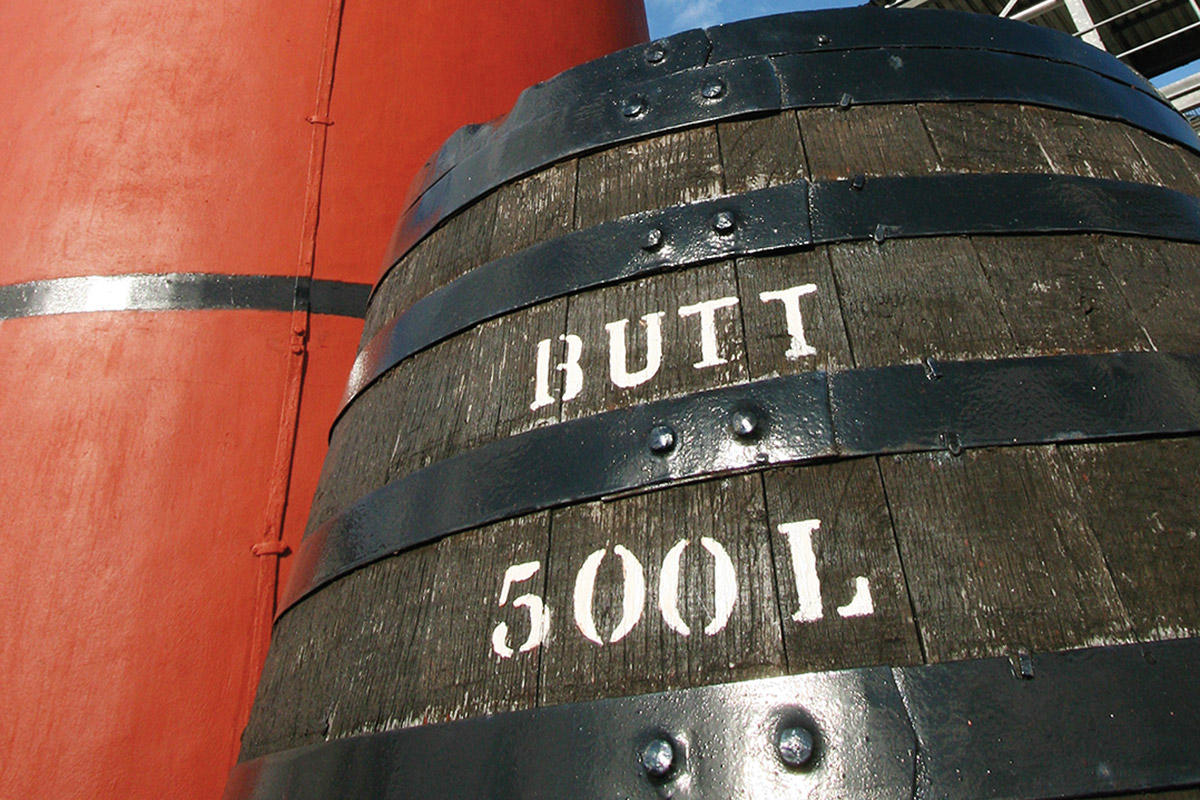 Every core expression from Glenmorangie is a finished whisky except for Glenmorangie Original, the building block on which the finishes are constructed. “I didn’t have a lot of experience with finishing when I worked at Diageo, but Glenmorangie is all about finishing,” MacDonald says. “We are trying to change the flavor, the color, and the aromatic profile of the whisky. That’s what finishing is all about,” he explains. “New make [spirit] goes into cask type A for a period of time, say, up to ten years or more, then it is re-racked into cask type B, though it’s not directly transferred from one cask to another as you might think. We might disgorge 160 first and second-fill American oak barrels, and transfer that whisky into a collection vat before filling it into a ruby port pipe.” Given evaporative losses over the first ten years, this number of barrels will fill around 42 port pipes. MacDonald adds, “Port pipes are big brutes, really difficult to handle.” Not surprisingly, undertaking these regular finishing duties keeps the fourteen-strong warehouse team in the filling store much busier than at other distilleries.

To better understand finishing, think about it in terms of one of the five finishing style variations: wood, wine, fortified wine, spirit, or beer. Wood finishes have included the use of virgin oak, French oak, mizunara oak, Irish oak, Scottish oak, and other species like truffle oak from the Black Forest and virgin bur oak from Missouri. Accordingly, these will add specific wood spices and characteristic oak flavors. Wine finishes can add a unique twist to a whisky’s flavor, from ripe berry fruits to sticky-sweet dessert wines. Given the number of grape varieties, wine styles, and wine producing areas, each vintner’s barrique can potentially produce a new take on a classic distillery style. Fortified wines such as Madeira, port, and especially sherry have been the most successful pairings. The sweetness derived from a Caribbean rum cask, the smokiness from a former peated whisky cask, or the spicy bite of a rye cask have taught us how well some spirits work for whisky finishing. Cognac, brandy, and Calvados have been used more selectively, as some distillers have noted that their whiskies can struggle to integrate with these spirits, resulting in an uneasy truce rather than a happy marriage. Once rare, beer finishes are expanding.

“Obviously, the finishing casks are completely empty before they are filled,” reassures MacDonald, “So there is no liquid residue in the cask.” Oak is porous and it draws in liquid. MacDonald knows through experience that his French oak port pipes previously held the wine for up to five years, and how much extraction he is going to get. He explains, “What you are seeing is the effect of what has been absorbed into the wood over a period of time.” Finishing projects are monitored regularly to ensure the desired results are achieved and that the finish doesn’t eclipse the intrinsic character of the whisky. The time inside the cask to achieve perfection is dependent on the properties of the staves: the type of wood, its porosity, toasting, charring, and the degree of absorption of the former contents. Some finishes are complete in a matter of weeks or months, while others continue to add layers of richness and complexity even after more than a decade. 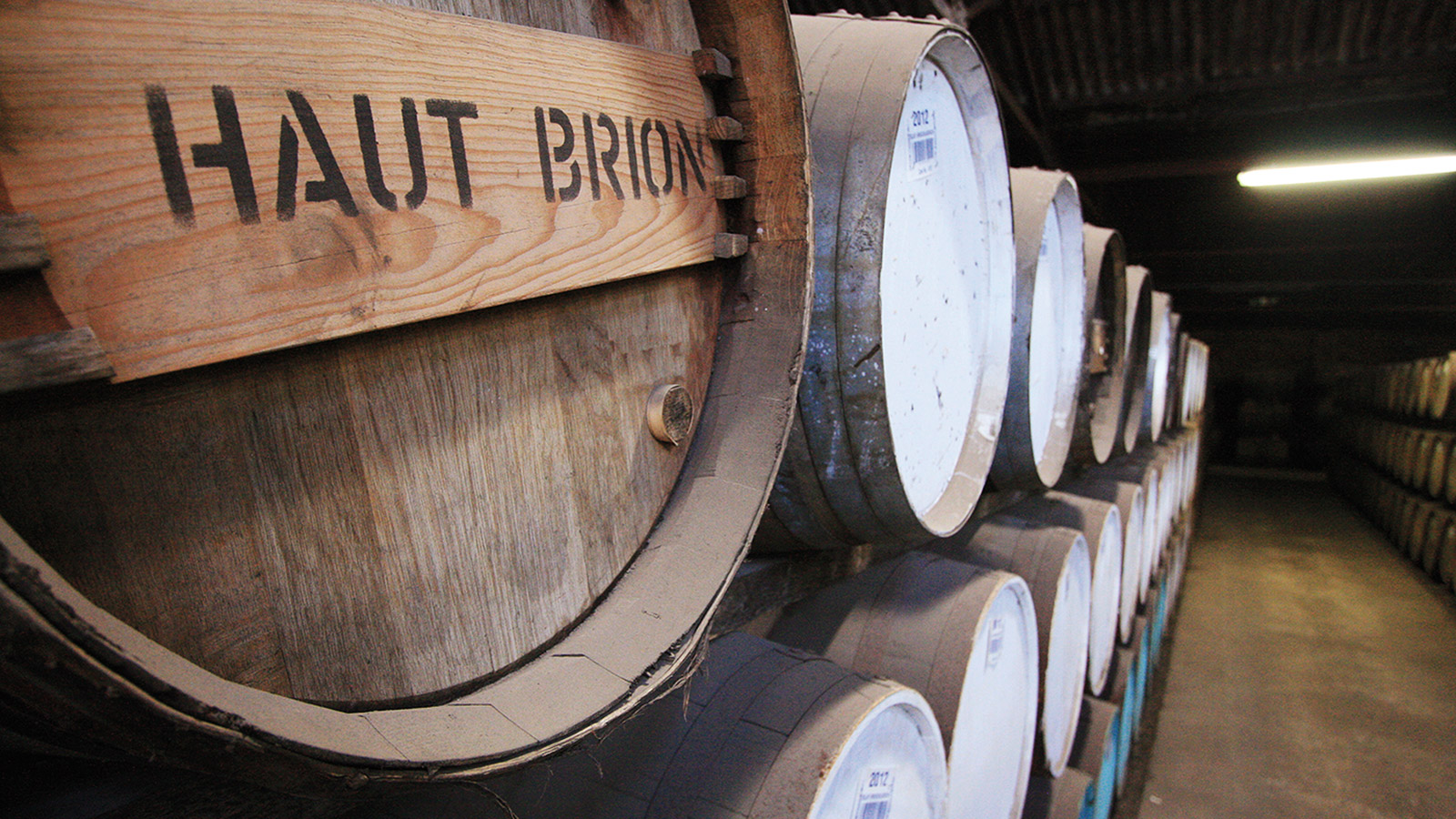 Finishing was independently devised in the early 1980s for the Balvenie Classic and Glenmorangie 1963 by William Grant & Sons and the Glenmorangie Company respectively. Balvenie’s pioneer David Stewart never considered his actions particularly revolutionary, but the malt master’s actions still resonate through the industry to this day. Dr. Bill Lumsden at Glenmorangie is principally recognized as a key leader in the movement. No one did more than Lumsden to popularize and normalize it. Cask finishing has proven to be one of the most fertile areas of whisky innovation, but like any new initiative, this change in method was eyed with suspicion from some quarters. Some distilleries eschewed the practice entirely. For example, George Grant of Glenfarclas once ran an advertisement with the tagline, “We don’t need to finish our whisky, but you can.” As the practice gathered momentum across the industry, increasing numbers of new expressions hit the shelves. This is no passing trend: finishing is here to stay.

Lesson 5: A Finish by Any Other Name

Finishing has become the most widely understood term for this practice, although others have their own ideas. Bruichladdich coined the acronym “A.C.E.,” standing for Additional Cask Enhancement, arguing that the term ‘finishing’ had negative connotations, although ‘A.C.E.ing a cask’ always looked a little clumsy when written down. Glenmorangie went with Extra Matured and Diageo chose Double Matured; both sounded more like a description of aged cheddar than whisky. With distinctions including Blood Oak, Noble Oak, Heartwood, and Triple Cask on the shelf these days, the greatest challenge for the contemporary whisky drinker is deciphering the label information to spot the finished whiskies; sometimes, you can’t see the wood for the cheese. Finishing might not be everyone’s preferred term, but it is the most popular among distillers and consumers.

In addition to Glenmorangie and Balvenie, Arran, BenRiach, Bruichladdich, Edradour, GlenDronach, Laphroaig, Tullibardine, and Tomatin are leading the way in finishing single malts. Berry Bros. & Rudd, fine wine merchants for more than 300 years, recently served up the Glenrothes Dow’s Cask 1992, their first-ever port-finished expression, with a promise of more wine-finished Glenrothes to come. (Ed. Since this article was written, Berry Bros. & Rudd has sold Glenrothes to Edrington.)

Although whisky finishing was a Scottish invention, you can draw a straight line between the early pioneers and the work of distillers around the world. The late Lincoln Henderson used port cask finishing on Angel’s Envy, Parker Beam deployed a Cognac barrel finish for his annual Heritage Collection release in 2011, Drew Kulsveen released a curaçao finished Willett rye, and distiller Dave Pickerell has had a hand in introducing finishes to WhistlePig and Hillrock. Outside of Scotland, distillers are not bound by the Scotch Whisky Association rules of traditional practice, and can freely express themselves through fantastic cask varieties. Given the ready access to port and wine casks, there is a flourishing finishing scene in the Australian whisky industry. In Sweden, Mackmyra master blender Angela D’Orazio has played with a miscellany of finishes, including Barbados rum, Scottish ale, birch-sap wine, cloudberry wine, glühwine, and a Swedish wine made from lingonberry and blueberry called Jaktvin. With a seemingly endless supply of creative casks, one thing is certain: the outpouring of these fanciful whiskies remains far from finished.