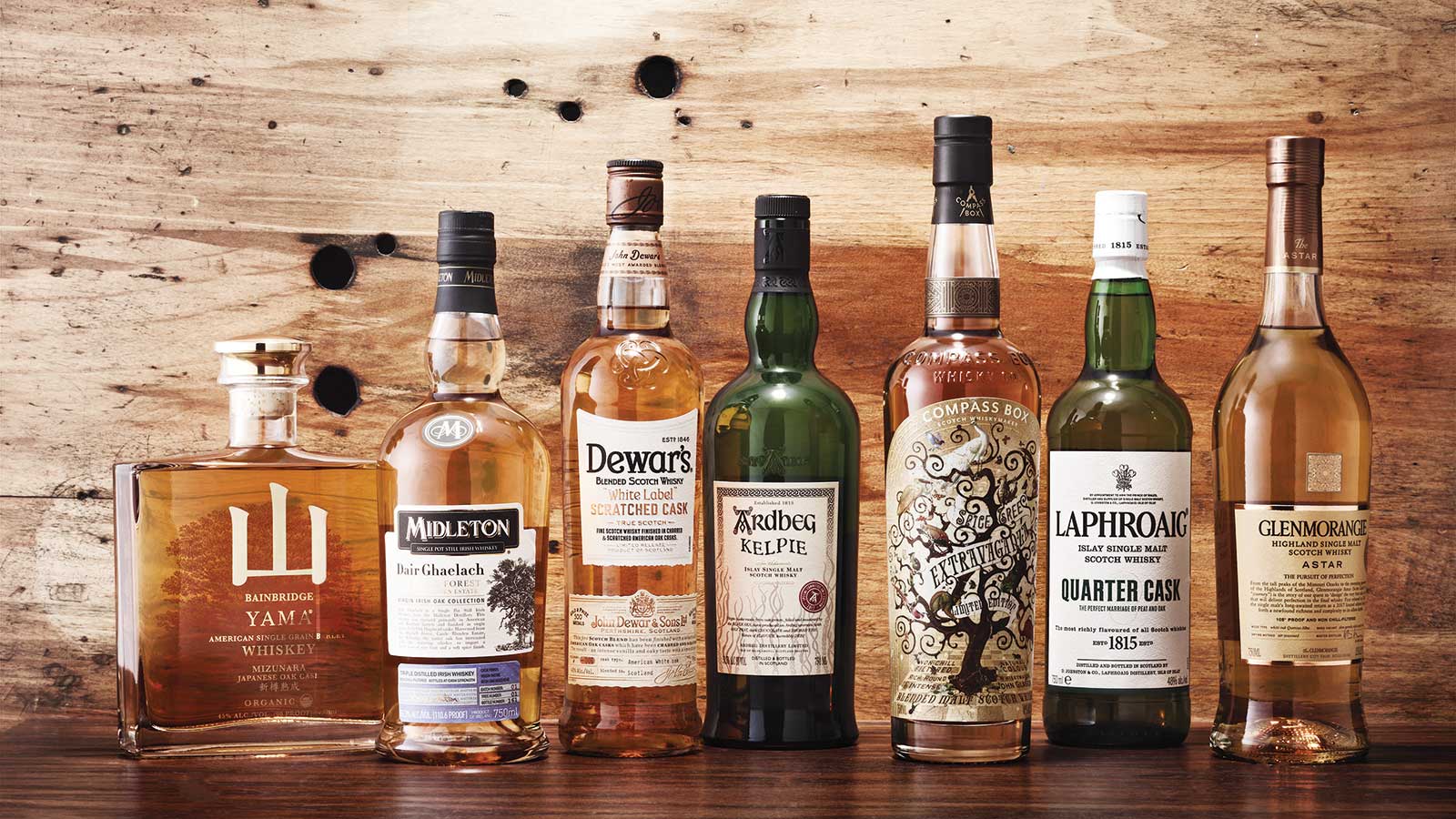 Custom-tailored casks allow daring distillers such as Ardbeg, Dewar's, and Compass Box to jettison convention in a quest to push the limits of flavor in whisky making. (Photo by Jeff Harris)

While the majority of whisky barrels are mass-produced utilitarian vessels, some distillers devise custom-tailored casks as they strive to make new discoveries and expand the boundaries of flavor. And, indeed, some of these bespoke-cask whiskies evince a style all their own.

Midleton Dair Ghaelach Bluebell Forest Edition—95 points, $280
This release came from 29 casks made from six oak trees grown sustainably in the Bluebell Forest of the Castle Blunden Estate, Co. Kilkenny. The single pot still whiskey aged for 12 to 23 years before being finished for 19 months in the Irish oak casks.

Dewar’s White Label Scratched Cask—85 points, $26
Dewar’s raked grooves through the charred layer of American white oak barrels to increase the internal surface area and enable the whisky to penetrate deeper into the wood. A smooth, vanilla-led blend with notes of fudge, milk chocolate, and cocoa that will appeal to bourbon drinkers.

Glenmorangie Astar 2017—94 points, $100
First released as Glenmorangie Artisan Cask, Astar marks the return of their original designer cask whisky. Slow-growth, fine-grained American white oak is selected from the shadiest side of the Ozark Mountains in Missouri, where it develops more heartwood and denser growth rings. Expect butterscotch, florals, tropical fruit, and clove, with a creamy palate and a honey-nut finish.