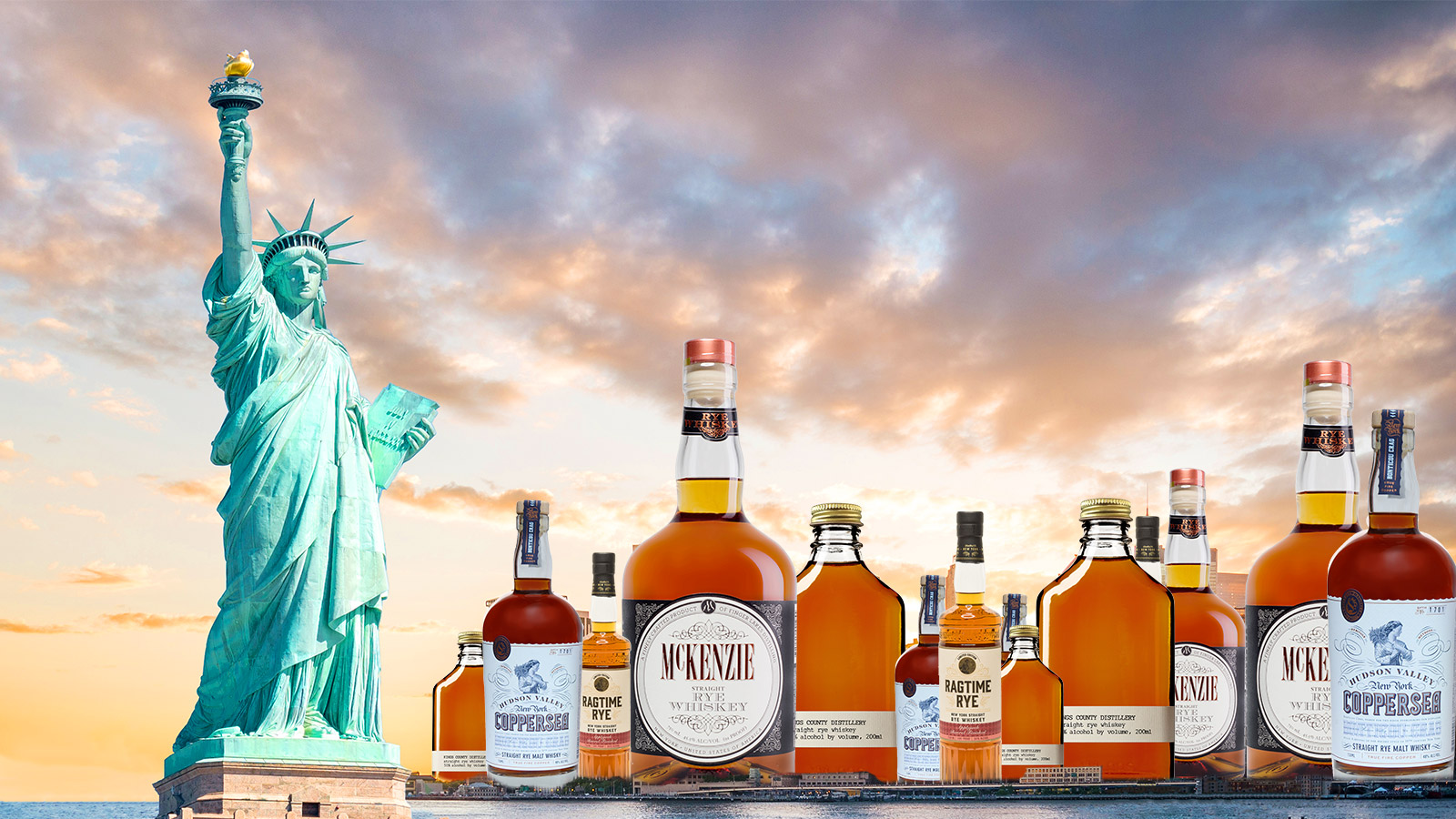 In 2017, a group of New York distillers announced the creation of a new style of whiskey: Empire rye. Any whiskey so labeled must be made in New York from at least 75% New York State rye grain and aged in charred new oak barrels for at least 2 years, along with a few other requirements intended to ensure top quality.

The initial group of distillers—which included nine distilleries located all over the state, from New York City up to Rochester—each released an Empire rye to kick off the bold and ambitious new designation, and Whisky Advocate tasted them all. The inaugural lineup holds promise, but many could benefit from more than the minimum of 2 years in a barrel. These are the best Empire ryes so far.

Finger Lakes Distilling McKenzie Straight Rye—89 points, $42
A beguiling nose, replete with cinnamon crumble, blueberry bubble gum, and cardamom. This whiskey bakes you a blackberry pie with a flaky crust and vanilla whipped cream, rounded out with cinnamon, dill, and oregano. The finish has clove-spiced orange peel, lingering sweet marshmallow, and a surprising minerality. This is at least a year older than some of the other Empire ryes, and it shows. Craft skeptics, seek this out.

Coppersea Bonticou Crag Straight Malt Rye—85 points, $80
A very grain-forward nose, reminiscent of caraway or a fresh pumpernickel loaf. A soft, dusty rye, with hints of peppermint, spearmint, and cinnamon candy and bitter brown sugar. Quite dry, with some bitter oak, dry hay, and fresh-sawn lumber. Dried herbs, grilled pineapple, and lingering pepper on the finish. Made from rye malted by hand and distilled in direct-fired stills, this whiskey is more focused on grain than oak.

New York Distilling Co. Ragtime Rye Applejack Finish—85 points, $46
A true fruit bouquet on the nose, with apple, lemon, peach, and apricots, balanced by gentle wood. Very buttery and creamy on the palate, with a panoply of earthy white chocolate, pretty baking spice, and minced apple. A little too much fresh lumber and banana flavor, but well-balanced and intriguing. The applejack cask finish is a nice touch, but the rye could still use more time in the barrel.