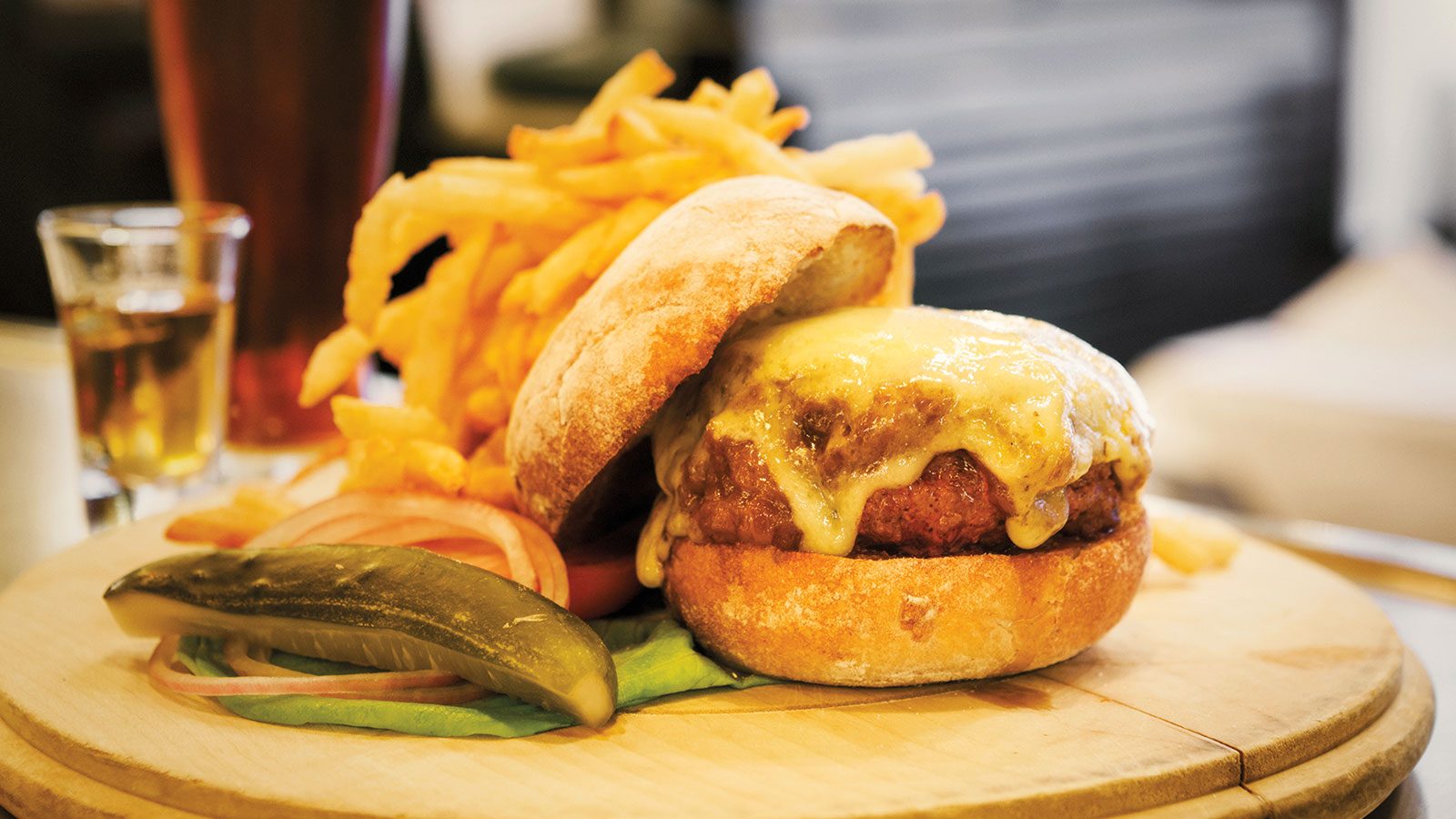 The Whisky Burger at Augustine comes laced with a smoky hit of Laphroaig and paired with a shot of bourbon.

Burgers are an American summertime staple for good reason. They’re simple to make, quick to cook, and represent a beefy blank canvas for creative grillmasters, especially when armed with a palette of colorful whisky flavors.

Chef Shane McBride offers a Whisky Burger at New York City restaurant Augustine, caramelizing onions, deglazing them with Laphroaig 10 year old, and then finishing them with butter and another quick hit of Laphroaig. “I’m a scotch drinker,” he says. “My intention was to add some smokiness without having [actual] smoke.” The Whisky Burger comes topped with aged Comté cheese and a shot of Evan Williams White Label bourbon on the side, which McBride notes brings sweetness that cuts through the richness of the meat. “It’s like having dessert with your burger,” he says.

Paired shot or not, there are plenty of ways to up the whisky content of your next beef patty.

6 Ways to Introduce Whisky to Your Burger

Whisky Caramelized Onions: Recreate chef McBride’s burger at home by caramelizing a couple of sliced onions low and slow in clarified butter until they’re the color of mahogany. Deglaze with three tablespoons of a smoky scotch, like Laphroaig. Just before serving, stir in a little more butter and a scant teaspoon of scotch.

Sauced Sauces: Slather on whisky flavor with jalapeño-whiskey mustard from Sutter Butte’s olive oil or Sosu sriracha, aged in barrels from the Bay Area’s Anchor and Seven Stills distilleries. Or just whisk a little bourbon into your Heinz—we won’t tell.

Gooey Goodness: Whisky and cheese go together all the time, including at the grill. Try Kerrygold’s aged cheddar, made with Irish whiskey; scotch-infused Amber Mist cheddar from Snowdonia; or Beehive Pour Me A Slice, an aged cheddar infused with Basil Hayden’s bourbon.

In a Pickle: Add crunch, salt, and a hint of smoke with Whiskey Sour Pickles from Brooklyn Brine, made with McKenzie Rye from New York’s Finger Lakes Distillery. For those who prefer a sweeter taste, try their Maple Bourbon Bread and Butter Pickles.

Grate Taste: Give your burgers a wallop of whisky flavor right from the grill by burning Char Broil’s wood chips made from old barrels. Also look for Jack Daniel’s Whiskey Barrel Smoking Chips, sold at major retailers. Amp it up further by soaking the chips in whisky overnight. 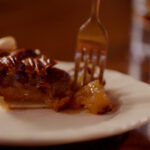 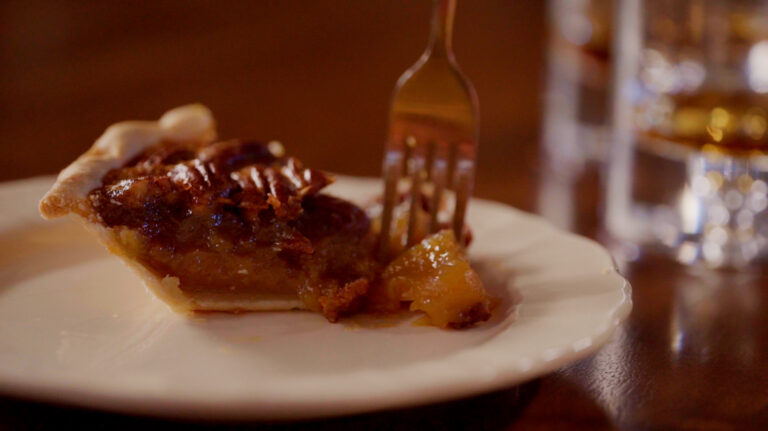