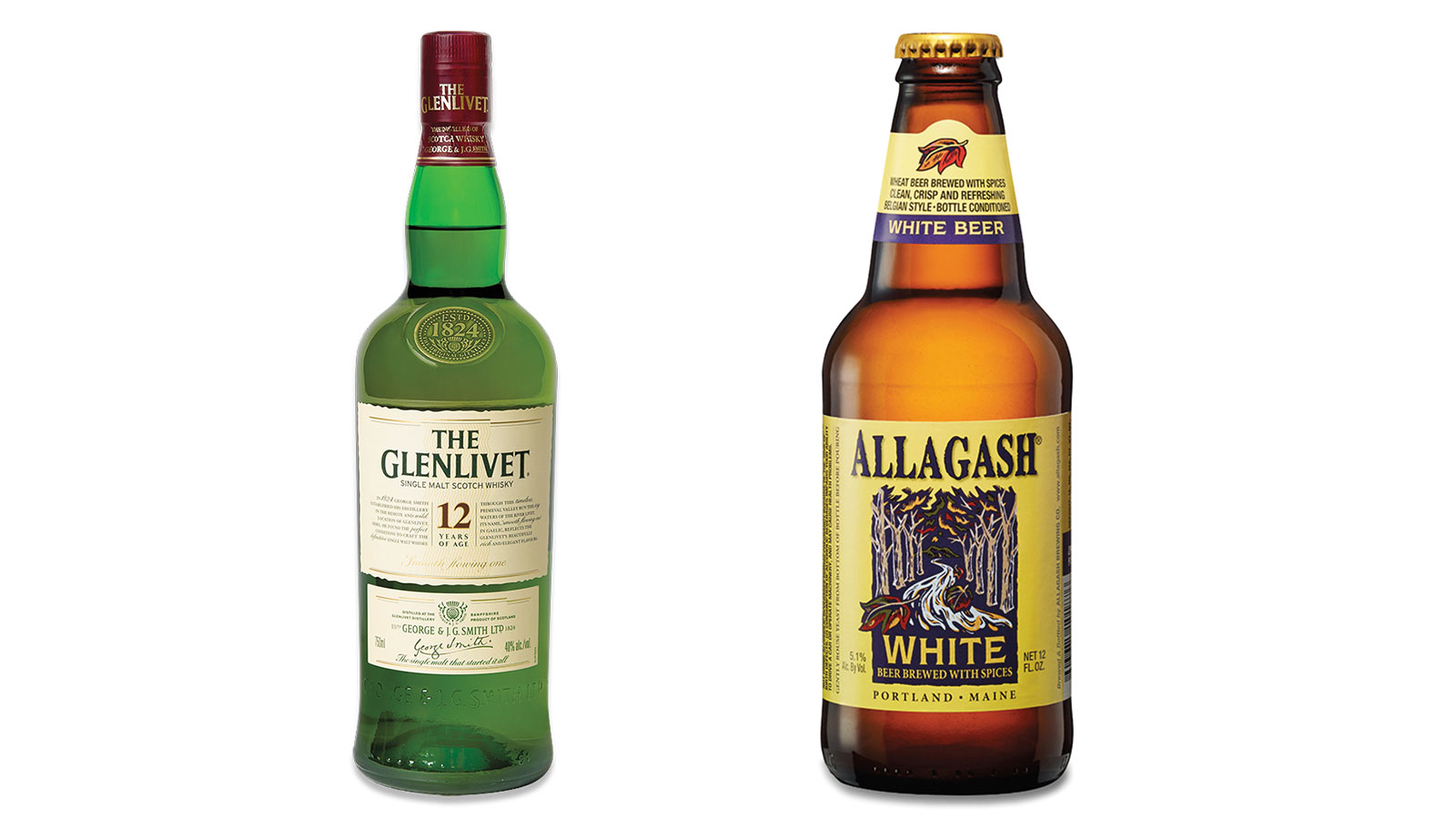 The Scots call it a ‘half and half,’ or sometimes phonetically, a ‘hauf ‘n’ hauf.’ By whatever pronunciation, it is a half-pint of beer, typically an ale and traditionally a dark and malty one, paired with a dram of whisky, usually with the flavor emphasis placed on the latter and the onus for refreshment on the former. They are not combined, as sometimes happens with the American Boilermaker, but sipped and savored alongside one another.

Ordinarily, the partnership is not something long considered and the result is perfectly acceptable, if seldom dramatic. I have found, however, that with a modicum of thought and planning, the mundanely sufficient can soar to new heights of beverage bliss.

Start, if you will, with a simple blend. Famous Grouse is my house blended whisky, and I admit that all I typically combine it with are a bit of ice and a splash of soda. So to find its natural beer partner, I began with the advice of brand ambassador Nicola Riske, who suggests the crispness of an “old school” lager like Narragansett to bring forward all the flavors of the whisky.

The problem for me was that the whisky muted the none-too-robust flavors of the beer. Fortunately, it was an issue easily solved by going Old World rather than old school and selecting a Bavarian style helles lager with a more assertive malt profile, like the Hofbräu Original, or to really bring forward the fruitiness in the whisky, a malt-forward British pale ale such as Samuel Smith’s.

From there to a workaday single malt, something you’d find on most backbars, I chose Glenlivet 12 year old. To complement its fragrant, floral, and fruity character I found a rather surprising ally in Allagash White, a spicy-fruity Belgian-style wheat beer with sufficient character to measure up to the whisky, yet still light enough that it didn’t run roughshod over the gentle Glenlivet, as did the American pale ale I first assayed. 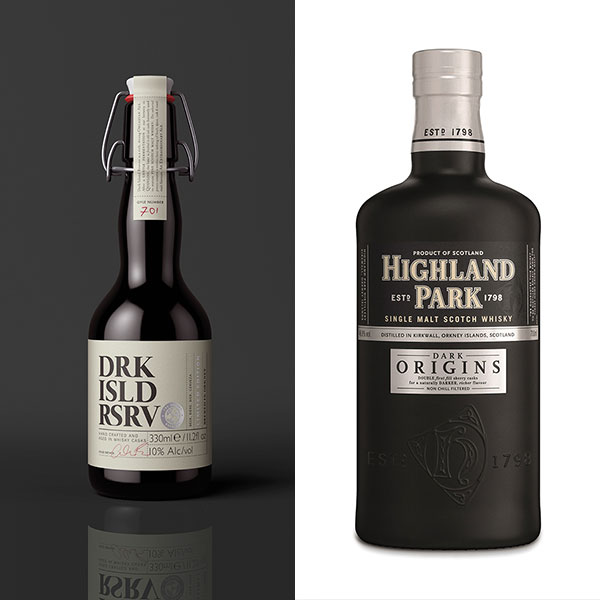 I then turned to the opposite ends of sherry-barreled single malt, picking the elegant and unpeated Glengoyne 18 year old and the darker, richer, and unapologetically peaty Highland Park Dark Origins. For the former, with its enticing flavors of marzipan and fruit, both fresh and stewed, I searched for something that wouldn’t overwhelm the spirit, but still possesses the nutty and soft chocolaty notes needed to complement the Glengoyne’s elemental attributes, eventually settling quite happily on the Jacobsen Dark Lager from Denmark. A similar, more complex Bavarian style dunkel lager, such as the Ayinger Altbairisch Dunkel or the seasonal Sly Fox Dunkel Lager, I suspect, would have served the cause even better.

For the robust Dark Origins, I found a more heavy-handed approach to be necessary and turned to the distillery’s island neighbor, the Orkney Brewery and its 10% alcohol Drk Isld Rsrv, an amped-up whisky barrel-aged version of their flagship Dark Island Scottish Ale. The round and musky flavors and aromas of both beer and whisky complemented each other outrageously well, although I suspect that if Drk Isld Rsrv wasn’t available, a strong porter like De Molen Tsarina Esra or a dark Scotch ale such as Founders Dirty Bastard would fill the role most ably.

Flipping the partnership around, one might think that a bourbon barrel-aged beer, such as the Putin’s Reserve Imperial Stout I had from Grist House Craft Brewery in Pittsburgh, would best be partnered with, well, a bourbon. But the combination of flavors again proved heavy-handed, even for someone well attuned to bourbon flavors, and I found rather unexpectedly that a milder Islay such as Bowmore 12 year old made a far better foil for the robust black brew.

For a more potently peaty whisky, like Laphroaig Quarter Cask or Ardbeg, I long ago settled on an unhopped but herb-seasoned ale, known as a gruit, as the ideal match. Look for the Dutch Jopen Koyt if you care to try for yourself, as it is not only one of the best gruits I’ve tried, but also an excellent match for the Quarter Cask.

While the above pairings obviously omit vast expanses of nuance and complexity which lay within the fields of both whisky and beer, they do serve to illustrate that when a little consideration is applied, two halves may indeed combine to form something far exceeding the sum of their individual parts.