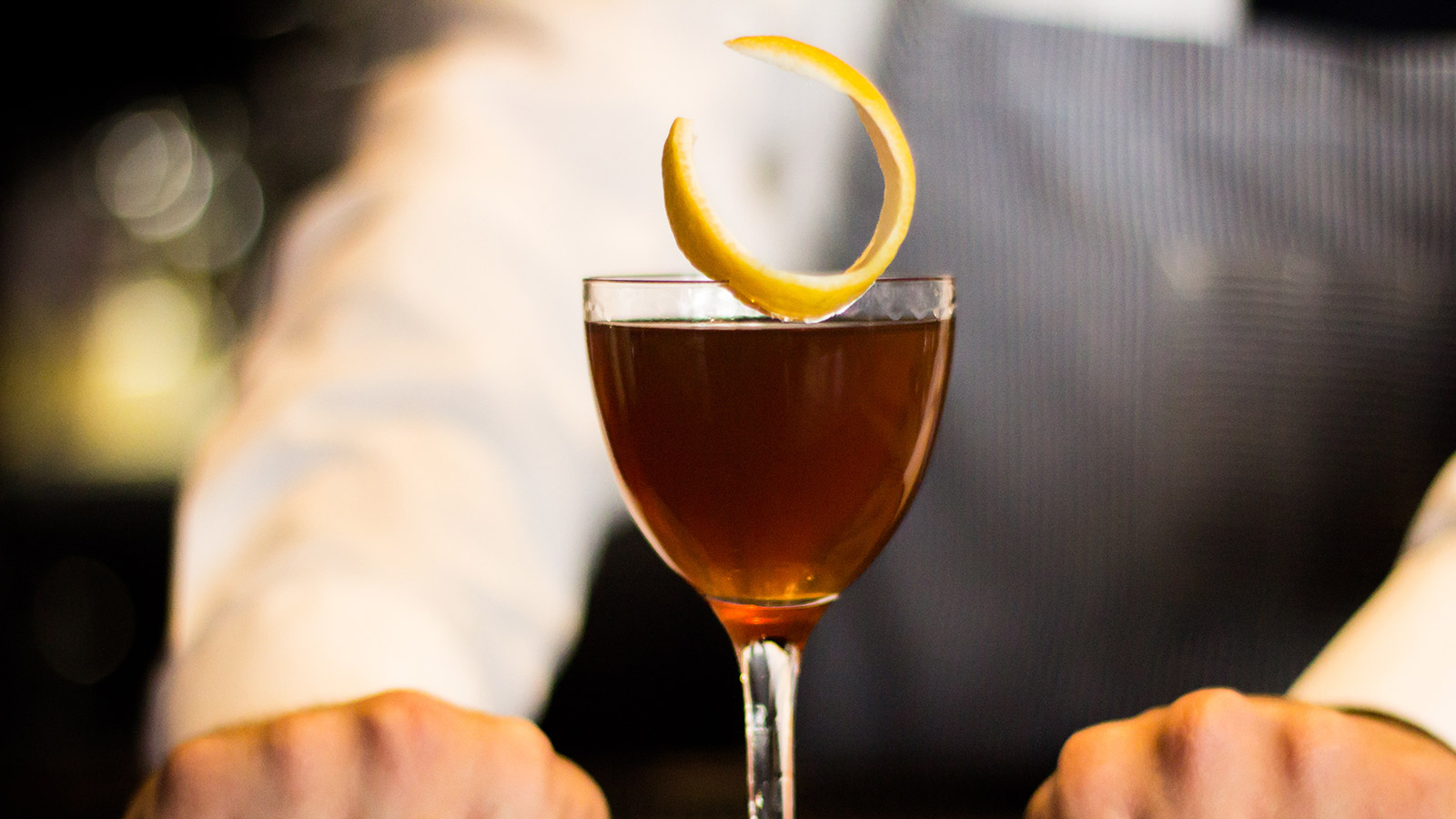 Created by Abigail Gullo, head bartender at Compère Lapin in New Orleans, this cocktail draws its lineage back to a whiskey classic.

“This strong and stirred cocktail is named after the Big Chief Indians in New Orleans that lead their tribes in the St. Joseph’s Day parade,” Gullo explains, noting that the drink’s creation mimics her own personal journey from New York to New Orleans. “The recipe is derived from a lineage of New York-named drinks, most immediately a variation on the Longshoreman cocktail, which is based on the Red Hook, which is based on the Brooklyn, which is based on the Manhattan.” Gullo chose Averna amaro because Sicilian influence is strong in New Orleans, and because, she says, “it’s what I like to imagine my great-great-grandfather doing a shot of—along with some espresso—before he left Palermo for the New World.”

Stir all ingredients in a mixing glass with ice until chilled. Strain into a Nick and Nora glass or coupe. Holding an orange peel in your fingers, warm the peel side with a lit match over the drink. Squeeze the peel to express the oils over the match and drop the peel into the glass.