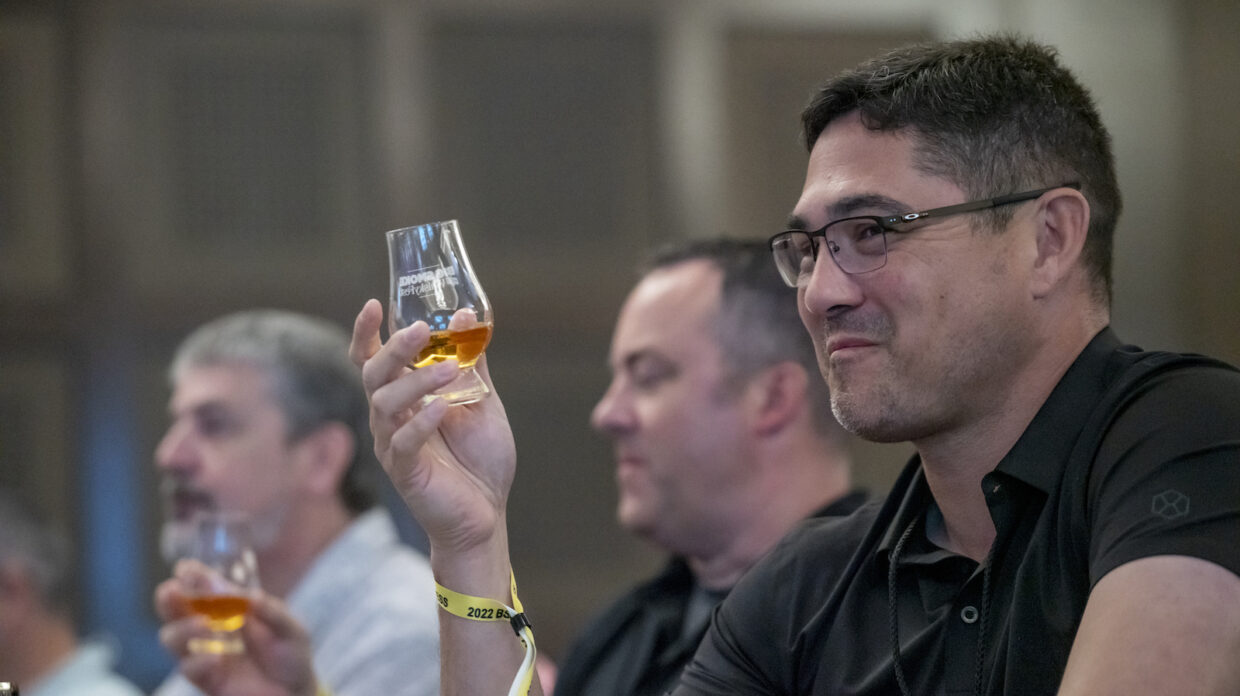 At Big Smoke Meets WhiskyFest, attendees had the chance to pair the No. 1 Cigar of the Year with the No. 1 Whisky of 2021, Lagavulin 11 year old Offerman Edition: Guinness Cask Finish.

This past Memorial Day Weekend, Cigar Aficionado’s Big Smoke partnered with WhiskyFest for an event that combined superlative cigars and great whiskies at the Seminole Hard Rock Hotel & Casino in Hollywood, Florida.

The day started with a series of cigar-focused seminars, highlighting speakers like Rocky Patel of Rocky Patel Premium Cigars, Rafael Nodal of Tabacalera USA (behind the Montecristo cigar brand, among others), Pete Johnson of Tatuaje, and more. A whisky and cigar pairing closed out the morning, as Jorge Padrón of Padrón Cigars was joined by Cigar Aficionado executive editor David Savona for a taste of Padrón 1964 Anniversary Series Torpedo—Cigar Aficionado’s 2021 Cigar of the Year—and Lagavulin 11 year old Offerman Edition: Guinness Cask Finish, Whisky Advocate’s 2021 Whisky of the Year.

Following an afternoon break, the event resumed in the evening in the hotel’s sprawling ballroom. There, hundreds of whiskies were poured, accompanied by a selection of cigars from some 27 makers. A VIP hour opened the night’s grand tasting event, where whiskies like Bardstown Bourbon Co.’s Founders KBS collaboration, Calumet Farm’s 15 year old and 16 year old bourbons, Parker’s Heritage Collection Wheat, and Glendalough Mizunara 7 year old Irish single malt were on offer. 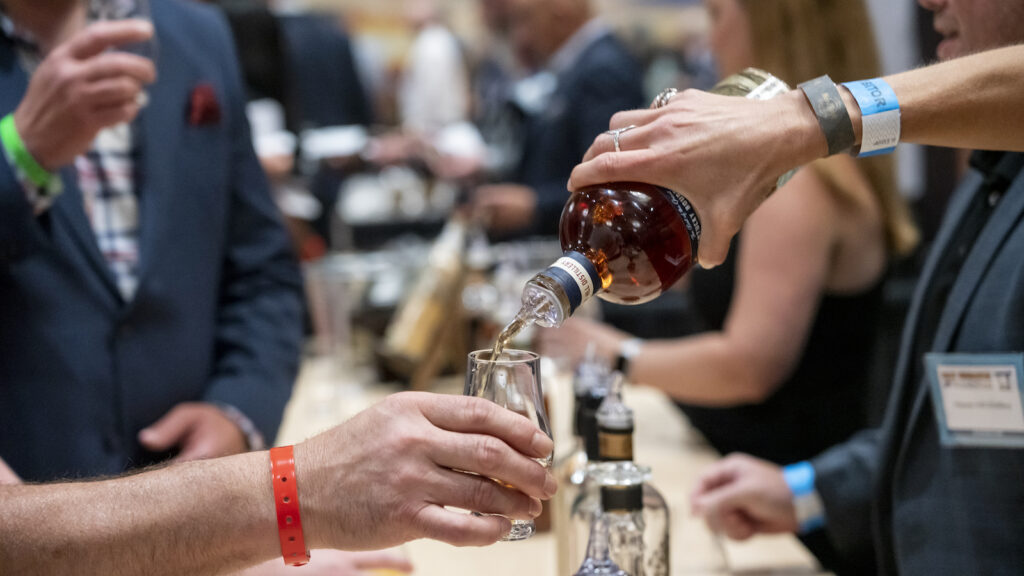 Hundreds of whiskies were poured throughout the course of the evening.

Matt Lenser, who was attending his fourth WhiskyFest, was likewise keen on the scotches, particularly the Mortlach 20 and 16 year olds. Prior to tasting, he had developed a plan for his palate. “I love how many rare or expensive whiskies there are here, and I enjoyed getting to try them, particularly the good, sherried scotch,” he said. “My strategy was to drink whisky first, then smoke later.”

Over at the Tabacalera cigar booth, head of product capability Rafael Nodal was excited to be back on the floor once more, and offered up a pairing suggestion of his own. “This Aging Room Maduro cigar is special, as it has tobacco from all four regions of Nicaragua,” he explained. “I’d pair it with a bourbon; tobacco very well-aged needs a bourbon that’s very complex, with a lot of flavor.” Plenty of aged bourbons were available on the floor, including Blade and Bow 22 year old, Widow Jane Decadence, and Heaven Hill 7 year old bottled in bond.

While there were plenty of big-name whiskies throughout the ballroom, craft distillers were also well represented at the evening’s festivities. From Ohio, Middle West Spirits poured five whiskeys from its portfolio, including a slew of limited releases; Chicago’s FEW Spirits was also there, as were Virginia Distillery Co., Indiana’s Hard Truth Distilling, and Texas-based Belfour Spirits. The latter is newer to WhiskyFest, and master distiller Dayn Belfour was thrilled at the chance to share his whiskeys with the crowd at the distillery’s first WhiskyFest. “Everyone is very curious about who we are, and who my family is,” he said. “They’re loving how dessert-like, velvety, and easy to drink the whiskey is. These are all brand new whiskeys, and once people try them, they’re drinking them right up.” Belfour was pouring its Pecan Finished bourbon, as well as a Small Batch bourbon and a rye.

WhiskyFest will resume in the fall, when it returns to San Francisco and New York, and also adds Las Vegas as a new venue. Tickets are available here.