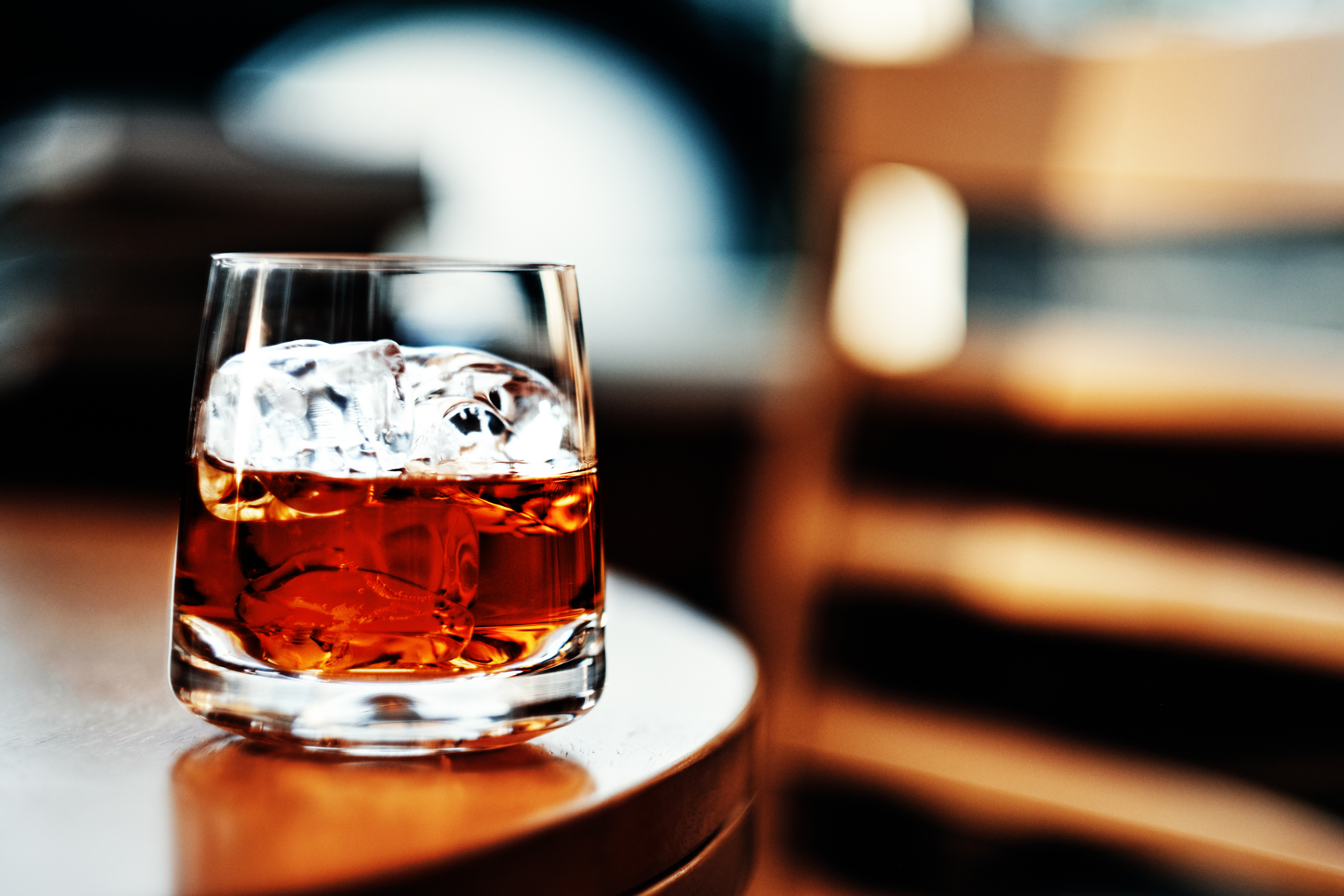 New bourbon, scotch, and other whiskies are rolling out now. (Photo by iStock/lucentius)

There’s a whole lot of new bourbon coming your way—in a few years, that is. Diageo announced yesterday that it plans to construct a massive new distillery in Kentucky to produce Bulleit and several other American whiskeys, potentially including new brands, although construction will take a couple of years at least.

In the meantime, there are plenty of new bourbons and other whiskies to fill your glass right now. Booker’s is rolling out its fourth release for 2018, “Kitchen Table,” as well as a special 30th anniversary bourbon. While Booker’s 2018-04 retails for $70-$80 and is available in its usual, limited-but-not-crazy-limited amounts, Booker’s 30th Anniversary will cost $200 and be much more limited.

Also very limited: Wyoming Whiskey’s Barrel Strength bourbon, which is coming out for the second time. Just 50 bottles are available at $199 apiece.

Barrell Craft Spirits has unveiled Dovetail, a blend of whiskey and bourbon sourced from Indiana and Tennessee and finished in Cabernet Sauvignon, rum, and port casks. The limited-edition whiskey costs $90.

Stranahan’s has released its 21st batch of Snowflake, dubbed Mount Elbert. As usual for this annual expression, the whiskey ($100) sold out within hours of its release at the Denver distillery. Nevertheless, if you ever get a chance to taste it, see below for full details about the blend.

Independent bottler Cask 88 has released four new single-cask single malts from Bladnoch, Bunnahabhain, Caol Ila, and Highland Park. The whiskies vary in age, ABV, and price, but each was finished in a quarter cask. They’re available online at the company’s website.

Finally, Kavalan has unveiled two special-edition single malts that celebrate the 10th anniversary of the distillery’s first whisky release. Each of the whiskies was matured for seven years in a first-growth Bordeaux cask: one from the Margaux AOC, and one from Pauillac. Currently available only in Taiwan, the whiskies should become more widely distributed in 2019. 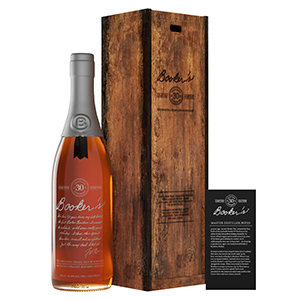 This special edition of Booker’s bourbon celebrates the brand’s 30th anniversary. This whiskey is a combination of 70% 9 year old and and 30% 16 year old bourbon, selected by master distiller and Booker Noe’s son, Fred. As always, the bourbon is uncut and unfiltered. The bottle for this Booker’s—which is more limited than usual—includes special silver wax, and it’s packaged in a box made from old Beam rickhouses. 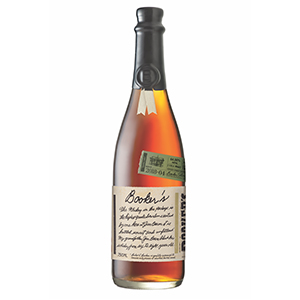 The final Booker’s release for 2018 is named for one of Booker Noe’s favorite places to spend time—his kitchen table. The bourbon was aged for 6 years, 8 months, and 7 days, and is bottled, as always, unfiltered and at barrel proof.

Booker’s is a perennial favorite around here, consistently garnering 90-plus scores. The 25th anniversary batch is one of our highest-scoring bourbons ever, at 96 points. We’re excited to taste this 30th anniversary expression, and we’ll be sure to tell you what we think. 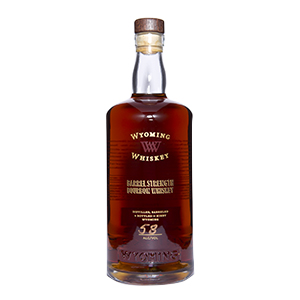 The second Barrel Strength bourbon from Wyoming Whiskey, this whiskey comes from barrel #3242. Just 50 bottles will be available for purchase.

The last time Wyoming released its Barrel Strength bourbon, the whiskey received a score of 92 points in the Buying Guide. There are only 50 bottles of this release available, not even enough for Whisky Advocate to receive a sample, so we’ll all have to trust that this bourbon measures up to the previous release. If you get your hands on a bottle, let us know what you think! 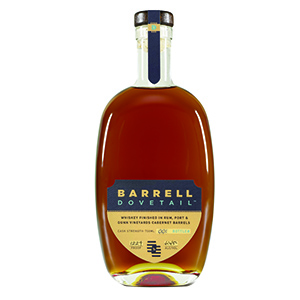 A limited-edition release from Barrell Craft Spirits, this is a blend of two whiskeys:

Barrell’s philosophy of blending is to create intentionally unique flavors in each of its products. No two batches of its bourbon, for example, are alike. Apparently, it took a year for this blend to come together. There will be more batches of Dovetail in the future, each sure to be totally different. 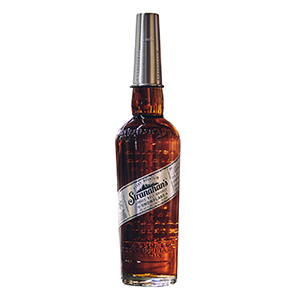 Named for Colorado’s highest summit, Mount Elbert, this is a blend of Stranahan’s whiskeys that initially aged for two years in new charred oak casks and then were transferred to a variety of finishing casks, including Syrah, Muscat, Merlot, old vine Zinfandel, port, madeira, chocolate stout, and rum casks. The finishing periods varied from cask to cask. Master distiller Rob Dietrich selected and blended the casks to create the final whiskey.

Each year, Stranahan’s creates a unique limited-edition Snowflake single malt, releasing it on the first Saturday in December to a line of hundreds of fans who have lined up for hours, and sometimes days, in the cold—all for a chance to buy the whiskey. So if you’re hoping to get your hands on a bottle of this year’s release, it’s too late, unless you happen to know someone who got one and is willing to trade. (Remember, buying whiskey from an unlicensed individual is illegal.) But there’s always next year… 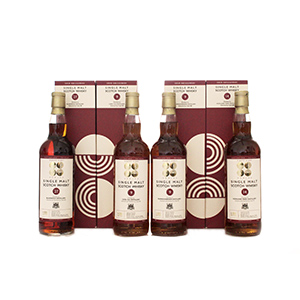 Quarter casks hold about 50 liters of liquid; each of these quarter casks yielded 88 bottles, poetically enough given the company’s name. The whiskies won’t be sold at retail, but can be purchased online through Cask 88’s website or at Whisky Foundation. Note that the bottles are 700 ml., not the 750-ml. size that’s typical for the U.S. 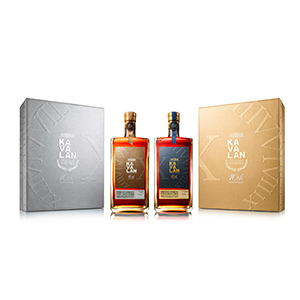 Taiwan’s Kavalan Distillery has created two special single malts in honor of the 10th anniversary of its first whisky release, each fully matured for seven years in first-growth Bordeaux wine casks from the Margaux and Pauillac AOCs.

While Kavalan isn’t able to name the wineries that provided the casks for these single malts, the distillery does note that they from are first-growth (otherwise known as premier cru) châteaux in Bordeaux. There are only five of these, making educated guesses fairly simple: Lafite-Rothschild, Mouton-Rothschild, and Latour in Pauillac, Margaux in Margaux, and Haut-Brion on Pessac-Léognan.

If you want to learn more about first-growths, Wine Spectator has a great explanation.