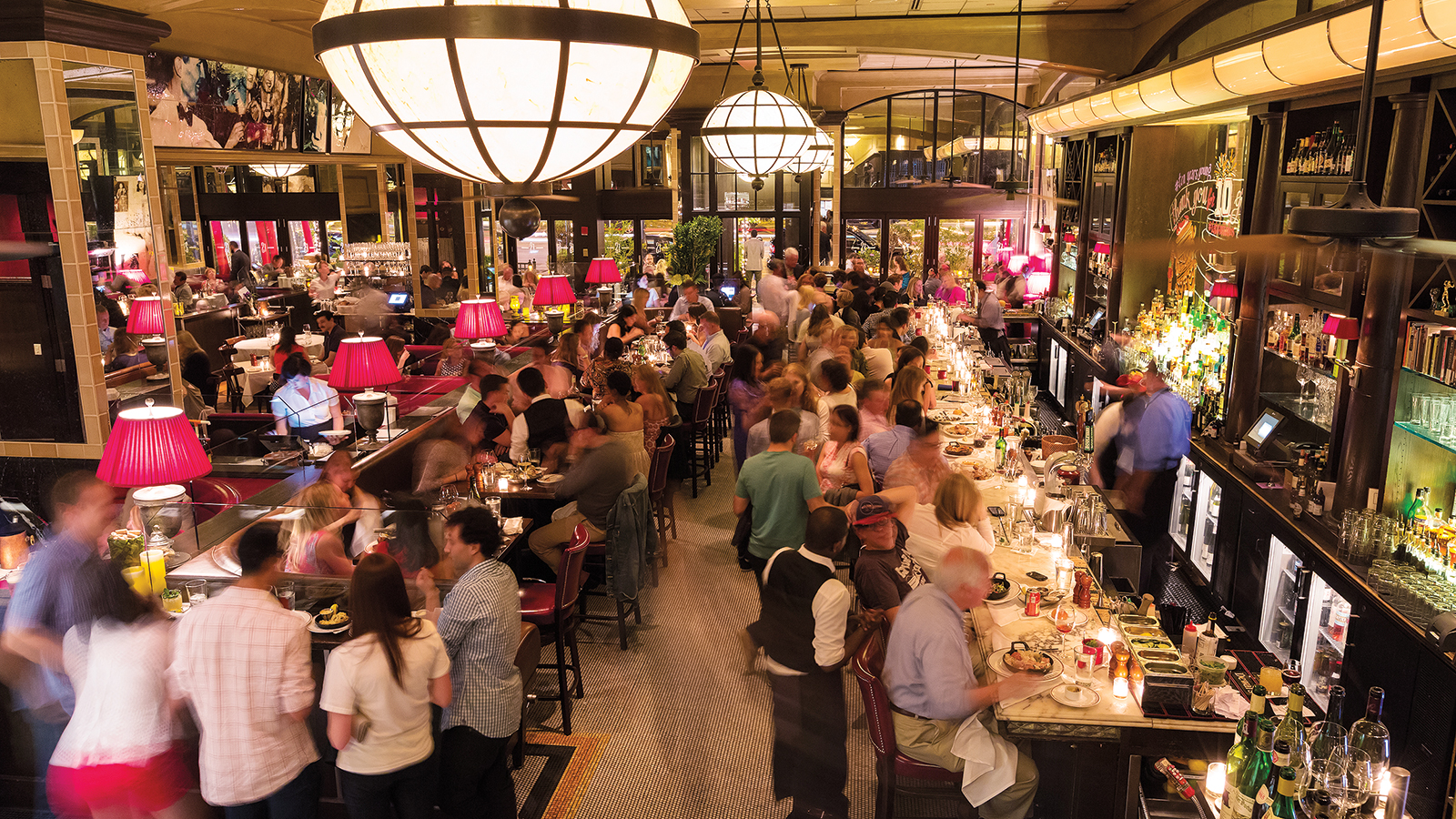 Constructed in the mid-1800s, the vast waterside building that houses Boston Harbor Distillery is a marvel in its own right, but your real reason to visit is to taste the 100% malted barley whiskey, a cocoa-tinged affair, and the exquisite whiskey-based coffee liqueur that they’re turning out on their 150-gallon still that, coincidentally, has a serial number of 1776.

Make Boston Harbor Distillery your first visit on your two-day spree through this small but lively capital city, whose history reaches far beyond the Freedom Trail. While George Washington was making rye whiskey at his Mount Vernon estate after his presidency, Colonial Bostonians were cranking out vast amounts of rum. Although the city has fallen into line with all the contemporary trends, boasting its share of whiskey bars and cocktail dens, it’s a city that is ferociously true to itself, refusing to budge when it comes to putting its past on display.

A short cab ride from Boston Harbor Distillery is one of the strongest bastions of old-school Boston. The Eire Pub is a landmark in the Dorchester section of the city. The décor proudly boasts of former President Reagan’s 1983 visit. John Stenson, the owner and son of the founder, has been coming to unlock the place nearly every day since 1978. It features a giant horseshoe bar where construction workers, politicians, and plenty of other sorts rub elbows and haphazardly buy rounds for one another. Settle in with a shot of Powers and a Guinness chaser and fortify yourself with lunch, like an unfussy, unembellished roast beef sandwich. The only thing embellished here are the stories told from the barstools. 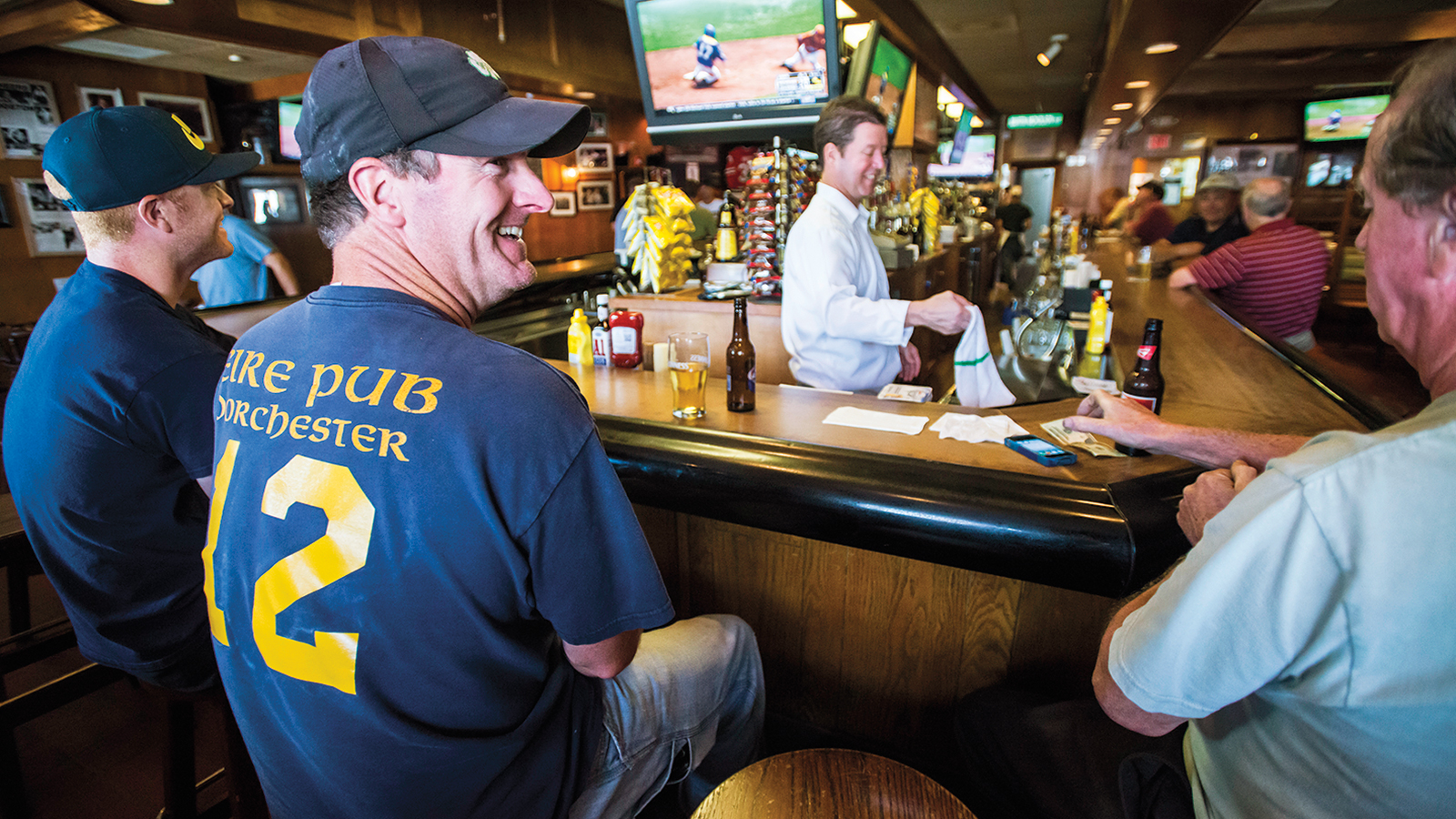 The Eire is about a fifteen-minute walk from the Red Line subway, which will shoot you straight over to Central Square, a hipster-dense section of neighboring Cambridge. There’s plenty of trendy bars, but pass them all and head right to The Plough and Stars, where your local history lesson continues. It’s a modest pub with Christmas lights, shepherd’s pie, live local bands, and a plaque on the wall calling out the bar’s importance in Irish whiskey history. See, in the 1970s, John Teeling, an Irish ex-pat studying down the street at Harvard, met fellow countryman Willie McCarter, an MIT student. They hung out here as they hatched a plan to buy Locke’s, a shuttered Irish distillery, revive it, and call it Cooley. Order some Connemara in their honor.

Hop back on the Red Line and go three quick stops to Park Street. A few blocks up from Boston Common, downtown Boston’s central park, is the Omni Parker House. This longest continuously running hotel in the U.S. hosted readings by Charles Dickens and employed a teenage Malcolm X. The Last Hurrah, located in the Omni Parker House, has all the classic Brahman trimmings: tacky carpeting, leather couches, a magnificent wooden backbar, and a dish of warm nuts for every bar guest. They stock several hundred whiskies from around the world and offer half-ounce pours for very archaic prices. Bring your ‘whiskies to try list’ and do some sampling!

Hungry? Stroll along the Common for a few blocks to Yvonne’s. The grandiose supper club pays homage to Locke-Ober, the august institution that occupied the space from 1875 through 2012 and was a regular hangout for JFK and plenty of other politerati. You’ll want to sit in the lounge, where shelves of old books line the walls. If that’s not a setting for a whiskey drink—one in academic Boston, to boot—then there never was one. Order a Ward 8, the whiskey drink that famously originated in these confines, then settle in for a dinner of nouveau Middle Eastern food that seems designed to be a stick in the eye to stuffy Brahman fare. Try the chicken and quinoa meatballs or seared halloumi.

Boston is a veritable petri dish of boutique hotels, particularly super-hip ones like the Revere Hotel, a posh, minimalist LA-chic affair a few blocks from Boston Common. Since it’s not baseball season, it’s safe to stay at a hotel in the Fenway neighborhood. The Hotel Commonwealth is a fine choice. Here you can finish off with a nightcap at the hotel’s Eastern Standard, a sweeping, lively new-world brasserie where the bar staff cranks out world-class cocktails on an unbelievable scale. They do the classics flawlessly, but you might opt for one of their originals, like the Rockhorse Park (bourbon, Campari, salted cucumber, and ginger beer), a drink of vibrant complexity. A late-night menu of modern bistro favorites gets scrawled on the mirror behind the bar just before midnight. 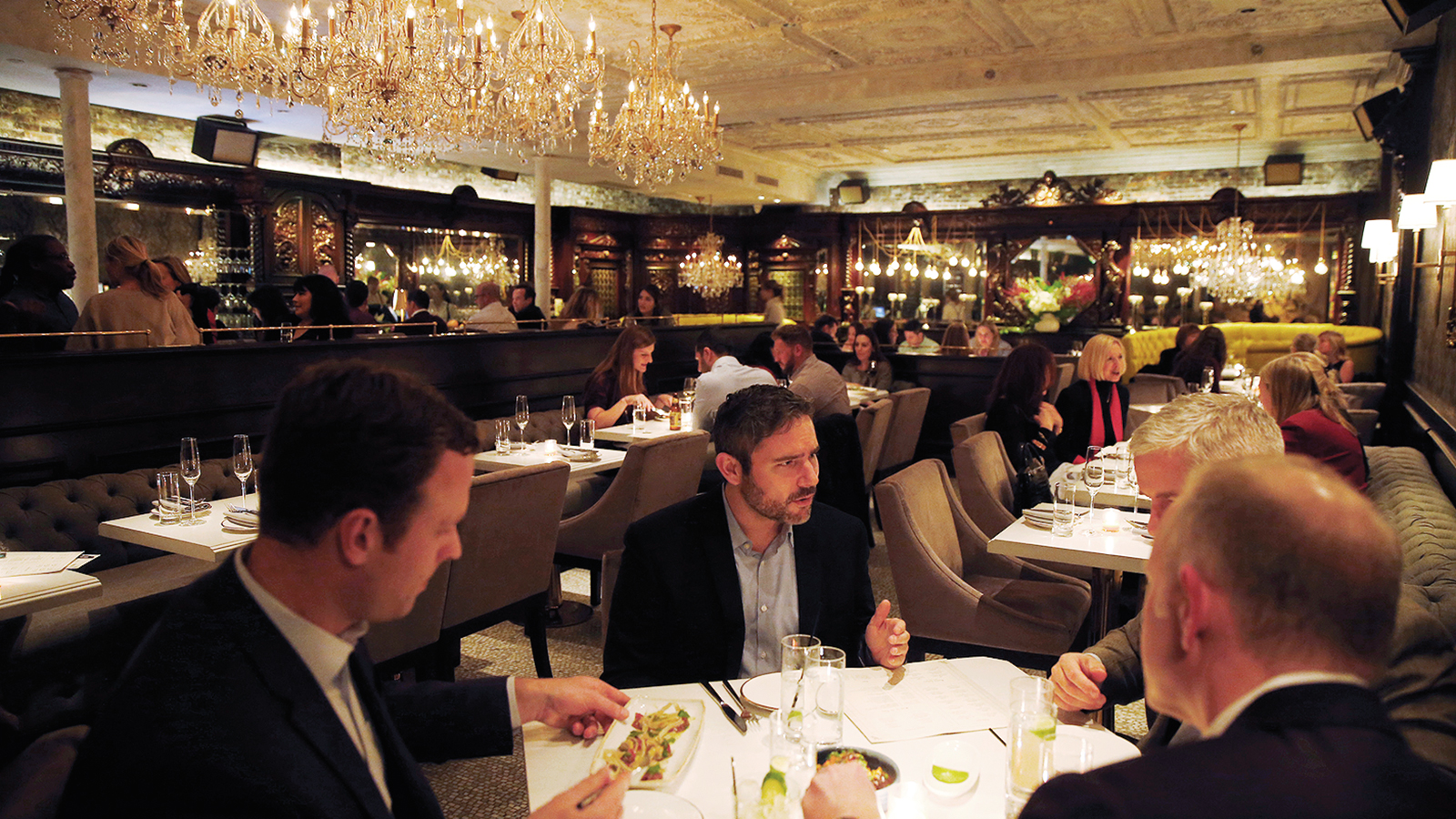 You can order cocktails at Eastern Standard starting at 8 a.m., but yesterday was a long day, so head down when you’re good and ready. Fortify yourself with breakfast, then set out for Federal Wine and Spirits, a stone’s toss off the Freedom Trail. You’ll be stunned by how such a narrow sliver of a shop stocks such a vast whisky selection, including a few rarities. Manager and committed whisky fanatic Joe Howell regularly has many bottles opened for tasting.

No trip to Boston is complete without a jaunt to Southie, the old Irish neighborhood made famous by mob kingpin Whitey Bulger and Hollywood. Unfortunately, most of Whitey’s hangouts are condos now, but in one of the last remaining semi-industrial stretches of real estate is GrandTen Distilling. In a nice nod to Southie’s past, they collaborated on a blend with an Irish distiller that they sell under their own label. They’re also producing their own small batch whiskeys. Try them in a cocktail at their house bar. The playful hangout opens at 5 p.m. Foosball anyone?

In keeping with the Irish theme (certainly not a challenge in this town), it behooves you to wander to J.J. Foley’s, about a 20-minute walk over a bridge to the South End. Opened in 1909, it’s said to be the oldest family-run Irish pub in the U.S. The mahogany is grand and weathered, the memorabilia on the walls is a history lesson in Boston politics and police strikes, and the bartenders wear crisp, white button-down shirts. Jerry Foley, grandson of the eponymous founder, Jeremiah J. Foley, is on-site most nights.

When you’re ready to go back to the future, return to the Fenway neighborhood for dinner at Hojoko, The Verb Hotel’s lively Japanese restaurant. It offers a different nostalgic stripe: Boston’s old-school rock scene. The vibe is Japanese kitsch meets punk, and the food is creative sushi and small bites. What could a whisky lover find here to pair with, say, the duck and foie gras potstickers, you ask? Only a Naruhito—Akashi White Oak Japanese whisky cold-infused with foie gras, mixed with Cocchi Americano and Bénédictine. Sounds like a new history is being written. 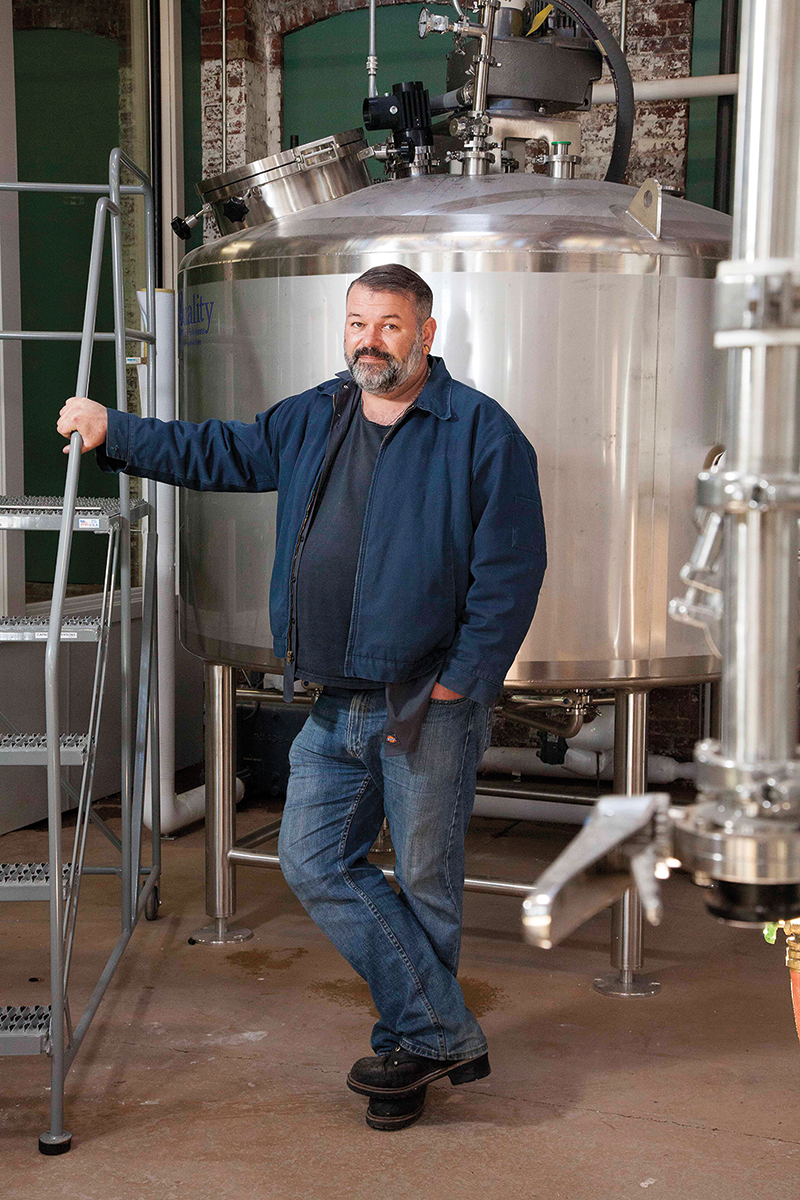