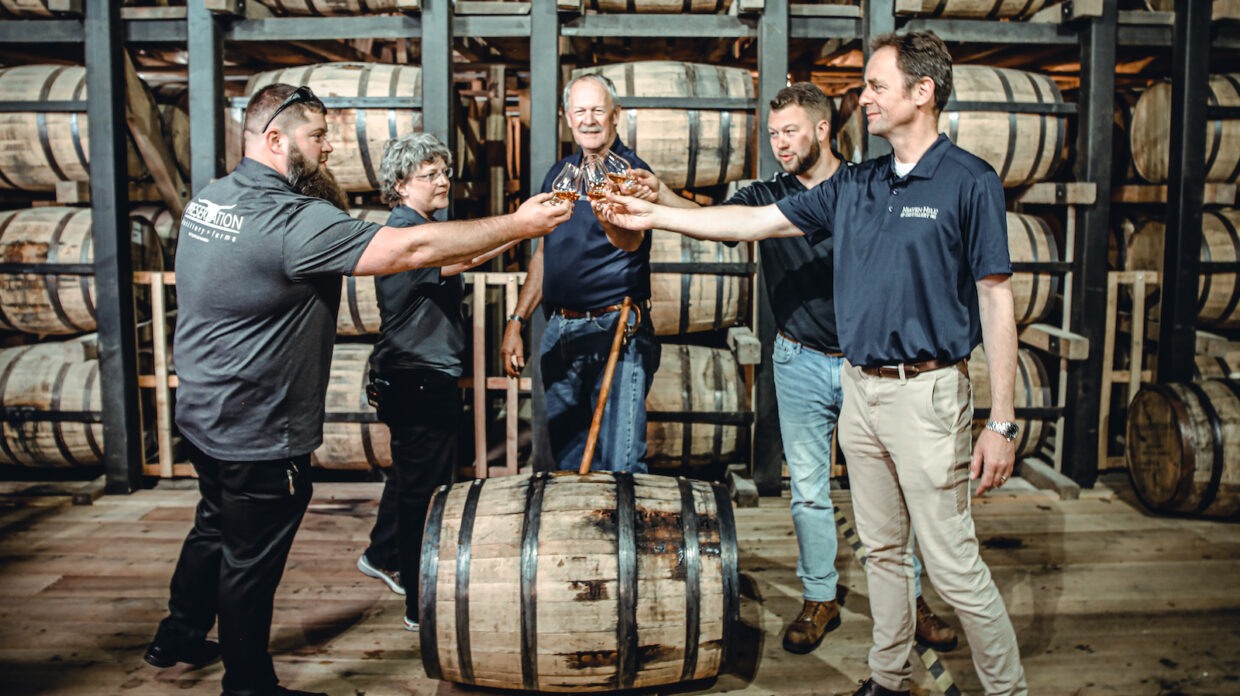 Kentucky distillers are known for camaraderie, sharing special bottles and helping each other out when in need. In many cases, their relationships run deeper than simply being colleagues or even good friends; Fred Noe, master distiller at James B. Beam Distilling Co., has said that he has regarded Wild Turkey master distiller Jimmy Russell as a father figure, especially in the years since his own dad, Booker, passed away. But rarely do bourbon makers come together on whiskey releases—after all, they’re competitors when bottles hit the shelf.

A new project centered in Bardstown, Kentucky is taking a significant step toward collaboration, however. The 12.25-square-mile town of around 12,000 people boasts 11 distilleries or distillery experiences within about 16 miles of its central Court Square, and five of them are joining together to create the Bardstown Collection, a lineup of special releases benefiting the community. Each distillery will launch a limited-edition bourbon in September, National Bourbon Heritage Month, for sale only at its visitor center.

“We always call ourselves the ‘Bourbon Capital of the World’ but have never done anything to truly plant our flag,” says Dan Callaway, vice president of hospitality and product development at Bardstown Bourbon Co. “Everyone we’ve talked to, from the distillery side, never thought that this would happen. … [But] we’re at this time of coming together and unifying.” He notes that the project isn’t meant to exclude other Kentucky producers, but rather give visitors an opportunity to focus on one distinct pocket of Bourbon Country. “We want [visitors] to come down and celebrate this part of the bourbon community.”

Freddie Noe, eighth-generation distiller at James B. Beam Distilling Co., jumped at the chance to participate. “I was excited by this project given my family has lived in the heart of Bardstown since 1905,” he says. Drawing on his skills as a blender, he’s selected two barrels to combine for Beam’s special release, each showcasing distinct, complementary profiles—one full of vanilla, toffee, and tobacco, the other full of dried stone fruit and floral notes.

Bourbon’s most notable multi-distillery collaboration was released in 2013. Called Master Distillers’ Unity, it featured a blend of bourbons from Buffalo Trace, Four Roses, Heaven Hill, James B. Beam Distilling Co., Maker’s Mark, Wild Turkey, and Woodford Reserve and was created to raise money for the Parker Beam Promise of Hope Fund, a non-profit that supports the ALS Association. Just two bottles were released for sale at auction, though the liquid was also poured at WhiskyFest New York 2013. Though each bourbon in the Bardstown Collection will be different (see below), all will share the same packaging, which celebrates the history and community of Bardstown. And, as with Master Distillers’ Unity, all proceeds from the bourbons’ sale will be donated—in this case, the distillers will make a unified donation to the community of Bardstown to support local causes and promote tourism in the area. 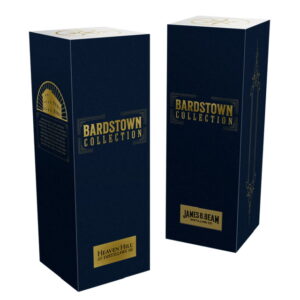 The Bardstown Collection debuts this September and will return with new whiskeys from participating distilleries each year. The roster of partners will grow too: Maker’s Mark and Four Roses have already signed on for 2022. Details of this year’s releases are still being finalized, but many producers have shared information already.

The Bardstown Collection 2021: Details on Each Bourbon

Bardstown Bourbon Co.
Led by master distiller Steve Nally, the distillery will offer a single-barrel version of its Discovery Series blend—achieved by finishing the custom blend in a second, new charred oak barrel. It will be proofed to around 60.5% ABV and priced at $200.

Heaven Hill Distillery
Master distiller Conor O’Driscoll is still tasting through potential barrels but confirms that this offering will be distilled from Heaven Hill’s standard bourbon mashbill and at least 8 years old. It will be bottled at over 50% ABV, with the price expected to land between $150 and $250.

James B. Beam Distilling Co.
Eighth-generation distiller Freddie Noe has selected a pair of barrels: one from the Clermont distillery’s Warehouse D, filled on April 28, 2004 and the other from Warehouse L, filled on Sept. 28, 2005. Final pricing and proof are TBD, though Noe expects it to be at least 54% ABV, if not higher.