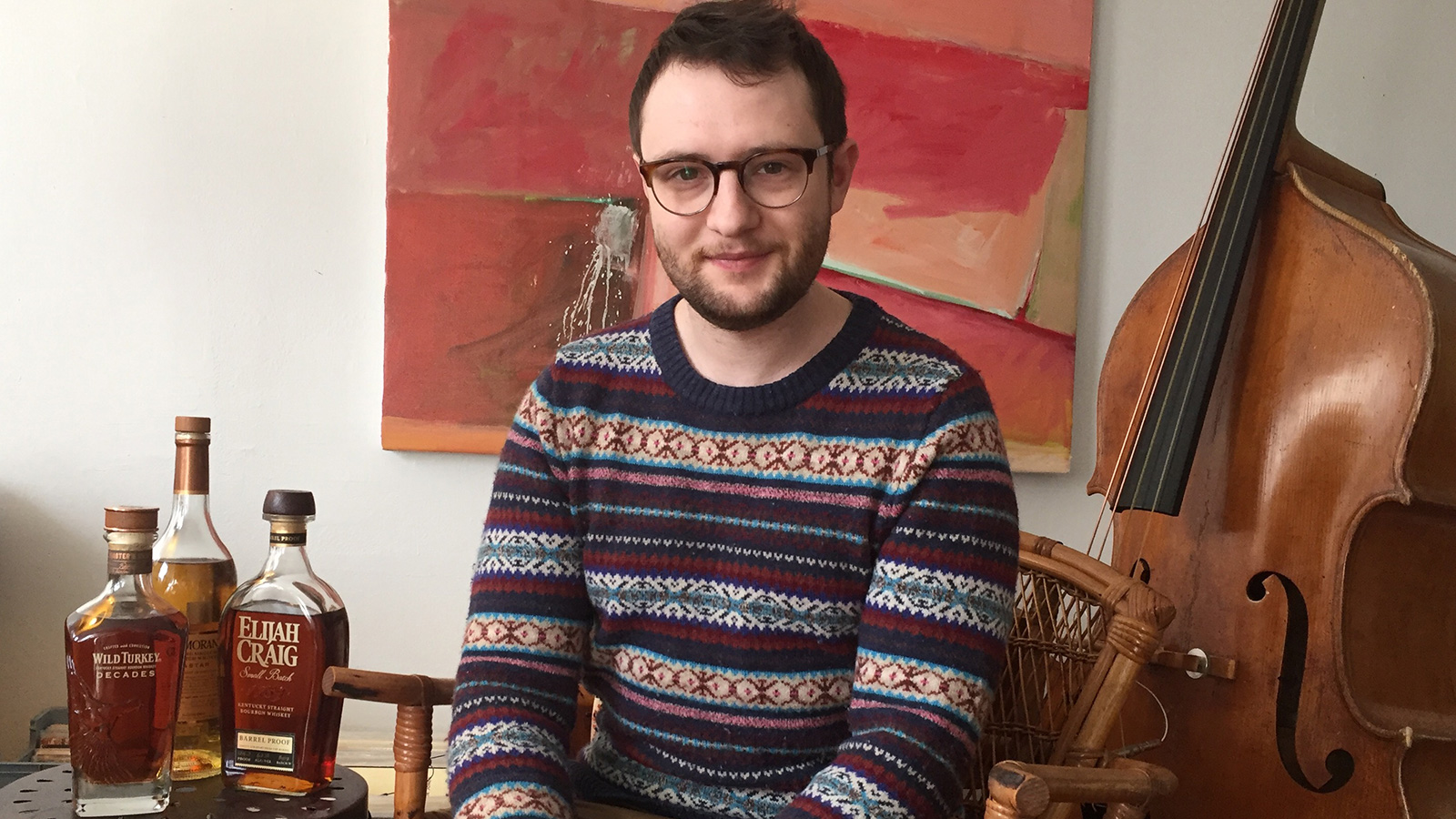 Myles Sloniker doesn't often have the budget to buy expensive whisky, so winning the Top 20 sweepstakes was a great surprise.

Myles Sloniker was looking for a nice bottle of scotch when he entered the Whisky Advocate Top 20 sweepstakes. A freelance musician who plays upright bass, Sloniker, 25, of Brooklyn, New York says that he entered casually, only after perusing WhiskyAdvocate.com for a recommendation. “I’ll either have a lot of money to spend on stuff like that, or [need to be] saving because it’s such a random feast or famine kind of lifestyle,” he says. “I had just finished up a successful tour, so I was looking for a nice bottle of scotch.”

Though he says he typically gravitates toward peatier scotch brands like Ardbeg and Laphroaig, Sloniker ended up winning only unpeated whiskies, Whisky Advocate’s top three of 2017: Elijah Craig Barrel Proof Batch B517, Glenmorangie Astar 2017 edition, and Wild Turkey Master’s Keep Decades. After receiving the prize, Sloniker sampled the whiskies with his girlfriend and roommate. “The most important thing about having any kind of nice whisky or nice anything is to be able to share it with your friends,” he says, though he plans to savor what remains.

Despite admitting to not thinking too deeply about a whisky’s palate and flavor profile previously, Sloniker says he enjoys the vanilla flavor and rich color of the Elijah Craig, and is impressed by the complexity and woodiness of the Master’s Keep Decades. “I’m definitely always going to be sharing them, but I think [I’ll be] pretty selective—especially when I have a musician’s salary,” he notes. “I don’t get to buy a lot of nice whiskies. I do have a bottle of Laphroaig Four Oak that I picked up in Budapest when I was on tour there that I haven’t opened yet. I’m definitely saving these for special occasions. Getting some extra points with my girlfriend’s dad—that never hurts.”