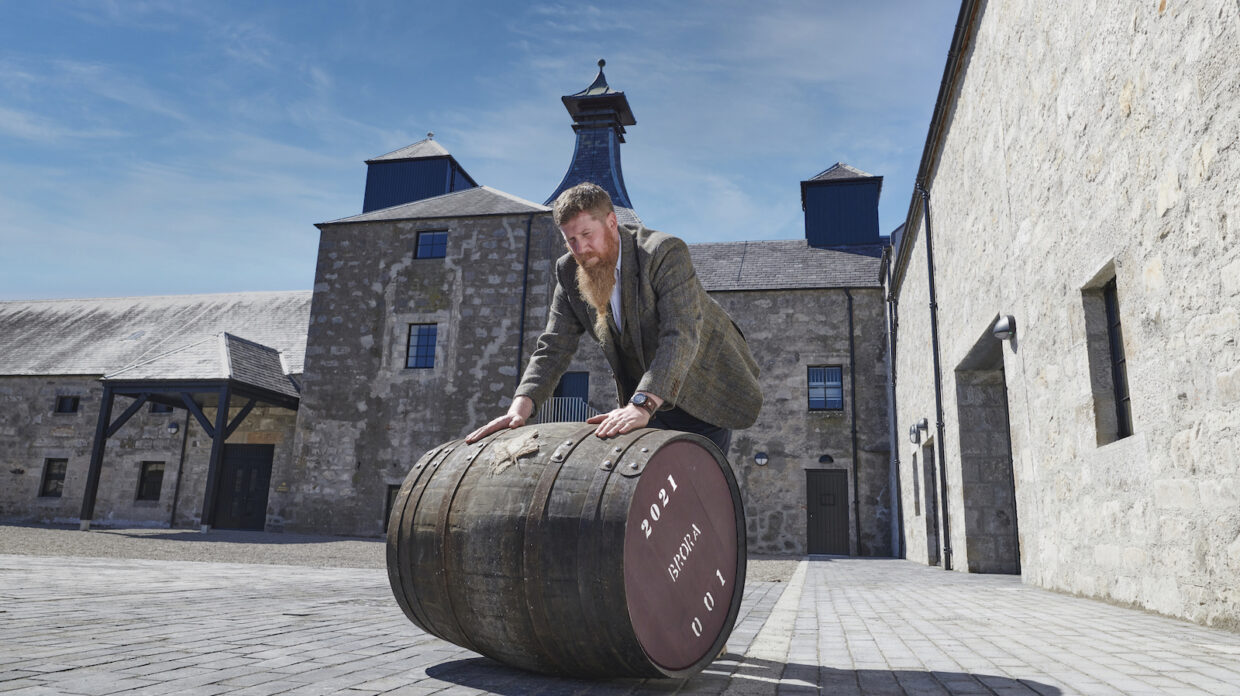 With six taps of a golden hammer, Brora’s master distiller Stewart Bowman sealed the bung on cask 001—the first cask of Brora whisky to be laid down in more than 38 years. The iconic Brora Distillery in the Scottish Highlands reopened last week, ending a long silence that began with its shuttering in 1983. At a ceremony to mark the occasion, master blenders Jim Beveridge and Craig Wilson looked on as Diageo archivist Jo McKerchar recorded cask 001 in the distillery’s ledger—on the same page as
the records from Brora’s last working day.

The distillery’s buildings are now once again alive with warmth and light, and filled with the aromas of a working Scottish malt producer. With the endangered Scottish wildcat as its emblem, Brora has tradition at its heart: it’s equipped with a rake and gear mash tun, the two original copper pot stills refurbished by hand, and their corresponding worm tubs. The restoration team scoured the stillmens’ records, appraised samples of remaining stocks, and gathered oral histories from former distillery workers to deliver continuity in regard to the distinctive waxiness, earthiness, and smoke that characterized the whiskeys of Brora’s glory years. The peated malt is being sourced from Glen Ord Maltings again, as was done in the old days. “It will be Brora, like it was then,” promises Beveridge.

Brora’s reputation as a single malt whisky is a relatively modern phenomenon. It has gathered momentum over the past 25 years, bolstered by its silent distillery status, to become a highly cherished collectible commanding robust prices at auction. The distillery was founded on an estate farm in 1819, and was known as Clynelish for much of its history. Under the eventual ownership of Distillers Company Ltd. (DCL), in 1969 it was renamed Brora, while the Clynelish name was transferred to a new, larger facility right next door. Brora kept chugging along, supplying DCL’s blending houses with smoky-style malt whisky for the company’s major blended brands, notably Buchanan’s and Dewar’s. Then came the difficult years for scotch whisky in the early 1980s, which led to many distillery closures across Scotland. DCL decided to concentrate production at the more modern, larger Clynelish rather than preserve a small operation like Brora, whose stills went cold on March 17, 1983. Although Brora had endured various periods of closure during the 20th century, none would compare to the 1983–2021 stretch, which equaled nearly 14,000 days of lost production. 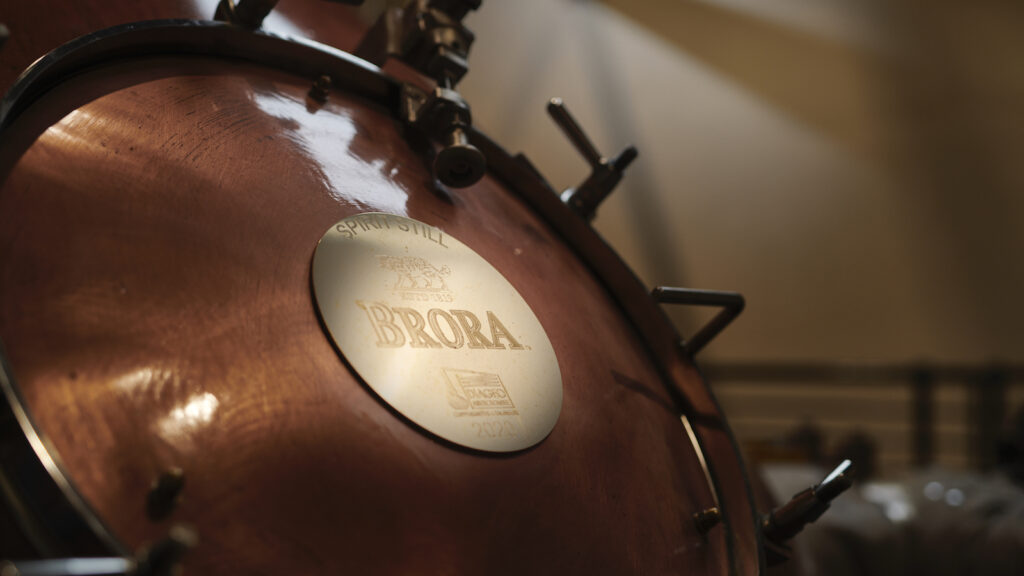 To coincide with the restoration, this month Diageo released Brora Triptych, a set of three 500 ml bottles representing the defining 20th century Brora vintages (see below). Diageo has valued the 300 available sets of Brora Triptych at £9 million ($12.7m), and they are priced at £30,000 each (around $41,265).

Don’t expect Cask 001 to be bottled for many years, but Diageo will release a Brora Distillery-exclusive bottling and welcome a small number of visitors (by reservation only) starting in July. Diageo has confirmed that further stocks remain for future limited editions.

Brora’s reopening marks the culmination of a three-year restoration project that is part of a $50 million investment to reopen both Brora and the Islay distillery Port Ellen, Diageo’s two most famous ghost distilleries.

Together, these incredible liquids are a time capsule of Brora’s history and symbolize a remarkable effort in restoring a scotch whisky icon.

Timeless Original is a Brora 38 year old 1982, 47.5% in refill American oak, showcasing that famous waxiness against lower peating levels, with aromas of vanilla cream, soft fruits, mango, sherbet, and dry grass and a creamy mouthfeel with subtle smoke, intense fruitiness, and a degree of waxiness.

Age of Peat, a Brora 43 year old 1977, 48.6% drawn from American and European oak refill casks, is a heavily peated expression with the smokiest nose of the set, delivering notes of honeyed stone fruit, church candles, dunnage, a touch of oils and lingering phenolic smoke.

Elusive Legacy, the oldest official release, is a Brora 48 year old 1972, 42.8% composed from five refill American and European oak casks. This is an incredibly complex, layered whisky that benefits from a drop or two of water and plenty of patience. Here, the smoke is more balanced than the 1977, and this heavier, earthy, oily dram boasts notes of lanolin cream, Spanish cedar humidor, and dried morels, with a mouth-coating buttery palate of baked stone fruits, charcoal sticks, and citrus with clove and peppery spices.