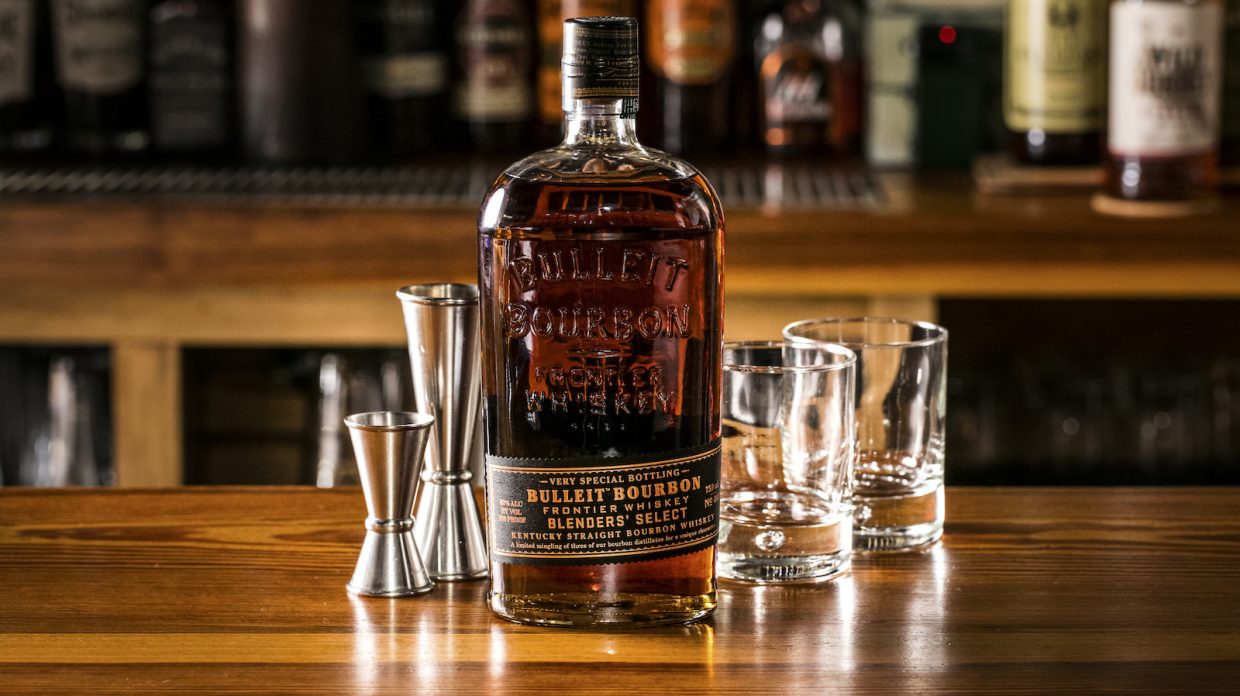 Woodford Reserve is rolling out its special Kentucky Derby bottle ($50 for 1 liter) ahead of the big race on May 2. The label features a watercolor by Louisville artist and former Atlanta Braves baseball player Richard Sullivan that depicts horses racing toward the finish line at Churchill Downs.

Bulleit has unveiled Blenders’ Select No. 001, the first in a series of planned limited-edition releases crafted by the distillery’s blending team; this one was created by Eboni Major. The straight bourbon is $50, available in limited amounts.

Johnnie Walker has reintroduced Jane Walker as a new blended malt, rather than simply repackaging Johnnie Walker Black with a special label. The limited-edition whisky is $38 and available nationwide.

Redbreast has added a 27 year old single pot still whiskey to its permanent range. It’s available in 23 markets for $500.

India’s Paul John Distillery has debuted Nirvana, intended to introduce new drinkers to Indian single malt. The whisky is $30 and will be permanently available in several states.

The latest batch of Booker’s is hitting shelves. “Granny’s Batch” is, like all releases, limited edition, with a recommended price of $90.

Barrell is rolling out Batch 023 of its bourbon. The whiskey is available in limited amounts for $90. 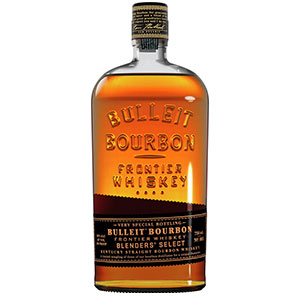 The first of many planned releases in the Blenders’ Select series, which will allow Bulleit’s blending team to innovate new flavor profiles, this straight bourbon was created by blender Eboni Major. It combines three of the ten bourbon recipes Bulleit uses.

Major launched Bulleit Blenders’ Select No. 001 at an event in New York City earlier this week, detailing the two mashbills and five yeast strains that Bulleit uses at its Shelbyville, Kentucky distillery. Sound familiar? Four Roses also has ten recipes—comprising two mashbills and five yeast strains—that it uses for its different bourbons. Though Bulleit’s parent company, Diageo, won’t publicly confirm it, it’s an open secret that Four Roses supplied whiskey for Bulleit for several years, although that stopped when demand for its own bourbons picked up.

Naturally, Bulleit Distilling Co. in Shelbyville, where all of the brand’s bourbon is now being distilled, would want to reproduce as closely as possible the type of whiskey it was getting from Four Roses. While mashbills are easy enough to replicate (Bulleit is using 1% more rye than Four Roses in its two mashbills), it’s not clear whether Bulleit was able to get the same strains of yeast used by Four Roses, although it would be fairly simple to find variants that yield similar flavors through fermentation.

One major difference between the Shelbyville producer and Four Roses, however, is that Bulleit ages its bourbon on pallets—with the barrel standing on end, packed in closely to other barrels—rather than traditional racks, where barrels are stored on their sides with a good amount of room between them. Some bourbon distillers claim that palletized warehousing doesn’t make a difference in the resulting flavor, but others disagree.

In any case, it’s not possible to perfectly mimic another distillery’s whiskey, no matter how many variables are controlled. We’re several years away from tasting any of the mature output of Bulleit’s Shelbyville distillery, but if you’re a patient person, sock away a bottle of today’s bourbon and then do a taste-test in 10 years’ time. And report back to us on the results! 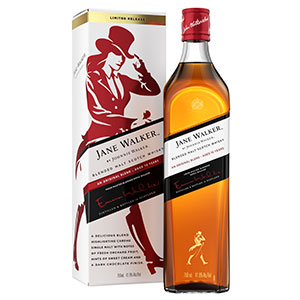 This blended malt is a limited-edition part of the Johnnie Walker lineup, created by master blender Emma Walker (no relation), and bearing her signature on the bottle. It includes Cardhu and Clynelish single malts, among others, all aged at least 10 years.

The Jane Walker that was released two years ago—which caused a stir among whisky fans who saw it as pandering to women—was not a new whisky; rather, it was the Johnnie Walker Black blend with a special-edition label showing a striding woman in place of the famous striding man. This new whisky is a truly novel blend, consisting entirely of single malt whiskies, similar to Johnnie Walker Green Label. 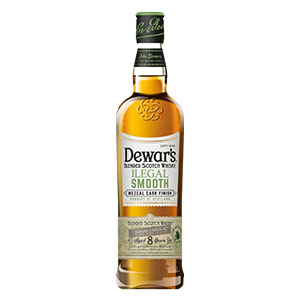 This is a blend of 8 year old malt and grain whiskies that’s been finished in Ilegal mezcal casks.

Less than a year ago, the UK amended the Scotch Whisky Technical File to offer more clarity on the cask types that are allowed for maturing scotch. The update meant that scotch producers could now use, for example, tequila and mezcal casks. And thus we have this Dewar’s, the first blended scotch with mezcal cask maturation—although surely not the last. It’s not the first mezcal-finished whisky ever, though; Irish whiskey brand J.J. Corry released the tequila and mezcal cask-finished The Battalion last year, and a handful of other distillers have experimented with the barrels as well. 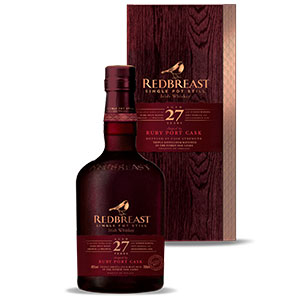 Single pot still is Ireland’s most unique whiskey style, and this release marks one of the oldest ever. While each year’s batch is available in limited quantities, Redbreast 27 year old will return annually. 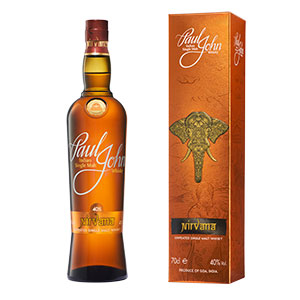 Made at Paul John Distillery in Goa, India, this single malt was distilled from six-row barley and matured in bourbon casks.

With a low ABV and low price, it’s clear that Paul John intends this whisky to be an introduction to its range, whose other bottlings are at 46% ABV or higher. It’s a great idea. Indian single malt is high-quality and flavorful, and has established itself as a distinct style in the canon of single malt whiskies around the world. By creating an expression that’s lower-priced, Paul John is opening a door for more whisky lovers to try out Indian whisky. So if you’ve been hesitating, now’s your chance to take a leap without too much upfront investment. Give it a try, and tell us what you think! 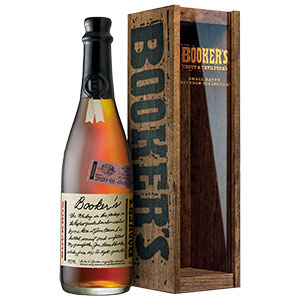 The first batch of Booker’s for 2020 is named for Margaret Beam Noe, the youngest child of Jim Beam and Booker Noe’s mother, known as Granny Noe to the rest of the family. It’s through her that the Beam genes were passed down, as none of Jim Beam’s other offspring had children of their own.

Fans of Booker’s don’t need to be told that it’s one of the best barrel-proof bourbons around, no matter which batch you buy. Just look at the scores! 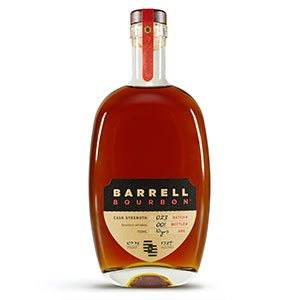 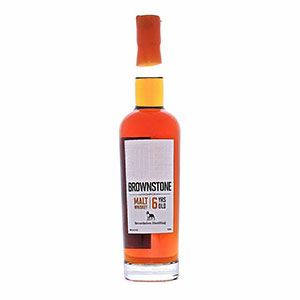 Made at Breuckelen Distillery in Brooklyn, New York, this whiskey was double pot-distilled from New York-grown barley that was malted at Valley Malt in Hadley, Mass. It aged for six years in 53-gallon, new charred oak barrels.

Add another one to the growing list of American single malts. Apparently Breuckelen has also been maturing some of its single malt in used casks, which naturally yield some flavor differences. If and when that liquid is released, it would be interesting to do a side-by-side comparison.