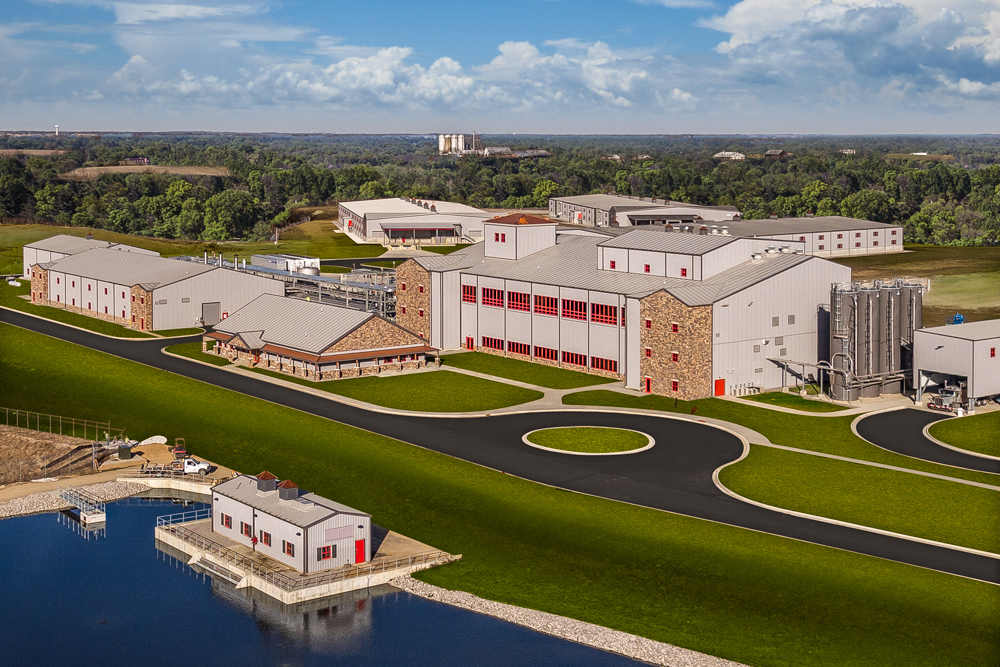 The new Bulleit Distillery in Shelbyville, Ky. (Photo by ProofMediaMix.com)

Thirty years after Tom Bulleit started the brand, Bulleit whiskey finally has a home of its own. Bulleit—which has sourced from numerous distilleries to supply its bourbon and rye labels over the years, including Four Roses and MGP—opened its distillery in Shelbyville, Kentucky yesterday with an official ribbon cutting ceremony attended by executives from parent company Diageo, Kentucky state senator Paul Hornback and other local politicians, Kentucky Distillers’ Association president Eric Gregory, and of course, Tom himself.

Construction on the $115 million distillery began in 2014, and it started production in February. It has a current annual capacity of 1.8 million proof gallons, though the ability to expand has been built in to the facility’s modular design. It’s sited on 300 acres with four warehouses, each with a 55,000-barrel capacity. The distillery has an industrial solar array which will power all on-site mobile equipment.

Bulleit distillery isn’t currently open to the public, although the company has stated its hope to “someday open a Visitor Experience and we are exploring the possibilities of that endeavor with the state.” Meanwhile, people can visit the existing Bulleit Frontier Whiskey Experience, which is part of the Kentucky Bourbon Trail and located at the former Stitzel-Weller distillery in Louisville.