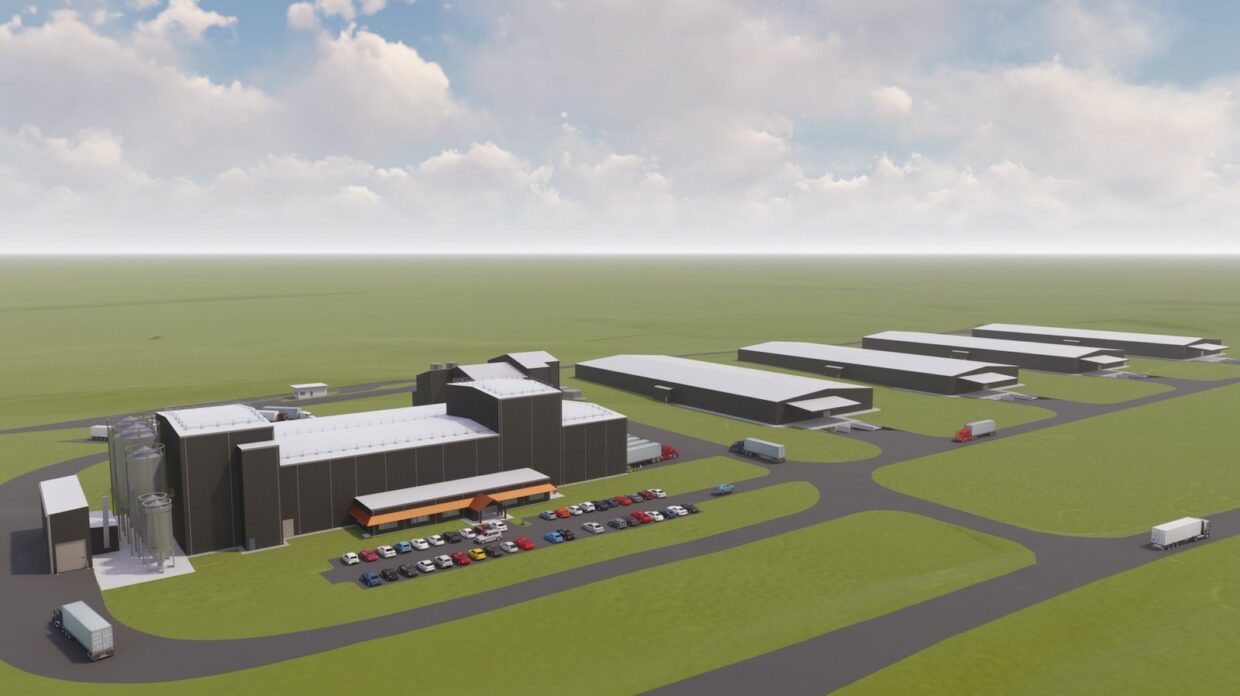 The new Bulleit distillery in Lebanon, Kentucky, shown here in a rendering, will be entirely carbon neutral and use renewable energy.

Though the COVID-19 pandemic has taken a toll on the world and left many whisky companies unsure of their future, spirits giant Diageo is forging ahead with construction of a new distillery in Lebanon, Kentucky. Whisky Advocate first reported plans of this mega-distillery—which will make Bulleit and other whiskeys that have yet to be announced—in 2018, the year after the Bulleit Distilling Co. opened in Shelbyville, Kentucky. More details on the new endeavor have just emerged, including a first for Diageo: This distillery will be entirely carbon neutral and powered by renewable energy.

Diageo doesn’t do things on a small scale, and this new distillery is set to be massive, among the largest carbon neutral distilleries in the country. It will boast a capacity of 10 million proof gallons per year—which is equivalent to well over 45 million bottles—and 12 warehouses, a spokesperson for Diageo tells Whisky Advocate.

Diageo has been committed to addressing climate change for years and is currently carrying out a company-wide plan for increased sustainability and climate responsibility. The sprawling carbon neutrality plan for the Lebanon distillery includes using electrode boilers rather than ones powered by fossil fuels; using only electric vehicles on-site; minimizing water consumption; reusing and recycling materials to reduce waste; and sourcing renewable electricity. No fossil fuels will be used for whiskey production.

While the distillery will be equipped to produce a variety of whiskeys, the plan is to lead with distilling Bulleit bourbon. Bulleit rye will continue to be distilled at MGP and blended by Bulleit’s blending team—led by Andrew MacKay and Eboni Major—for the time being. Diageo’s other bourbons include Blade and Bow and I.W. Harper, among others, but the company is keeping mum about whether these or new brands will be distilled at the Lebanon plant.

The distillery will not feature visitor facilities, but Bulleit fans still have plenty of opportunities to explore the whiskey when in Kentucky; both The Bulleit Distilling Co. in Shelbyville and the Stitzel-Weller Distillery in Louisville offer visitor experiences. Both are set to reopen July 3 with limited capacity after being closed due to COVID-19 concerns.

The Lebanon distillery is on track to begin making whiskey in the first half of 2021, employing 30 full-time workers. In a time where many businesses have been forced to slow down—or worse, shut down—with this mammoth endeavor, Diageo seems to be speeding up.