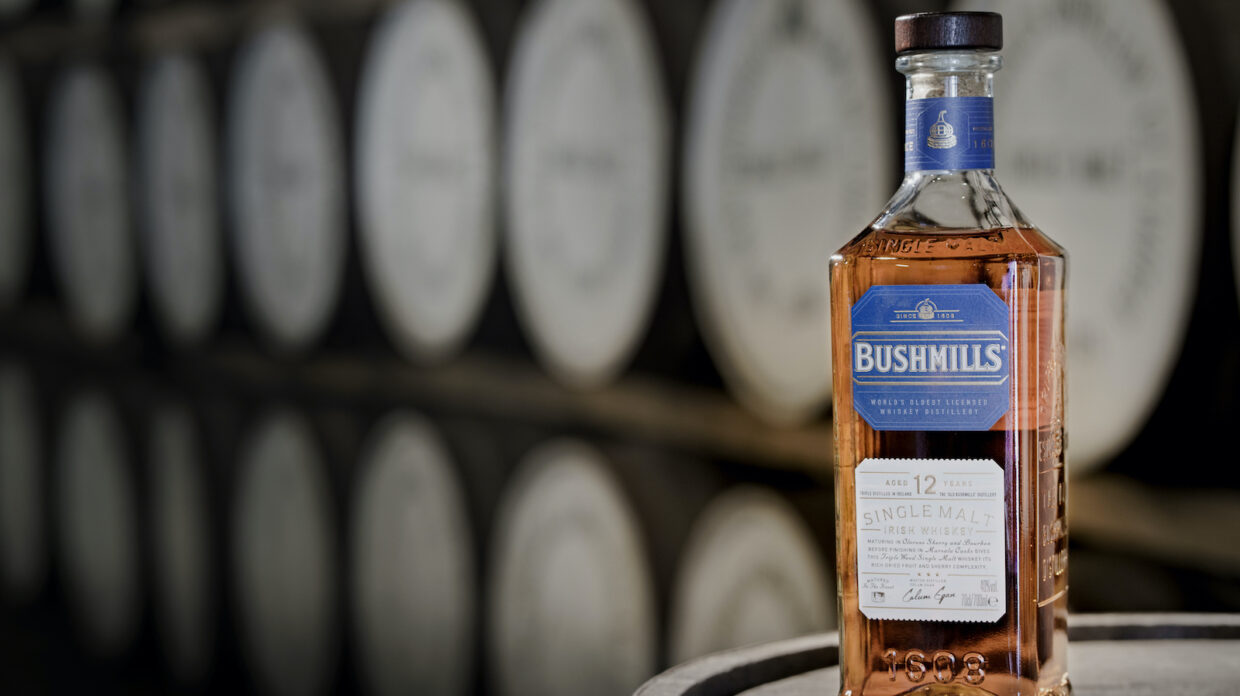 The Winter 2021 issue of Whisky Advocate is on the newsstands now, and features our Top 20 Whiskies of the Year list, in addition to over 115 whisky reviews and a wealth of stories to savor. As we move into a new year, the new releases are starting to arrive. Bushmills has a new age-stated single malt, and Orphan Barrel is rolling out another release of Muckety-Muck. Yellowstone has unveiled a special anniversary edition, while Westland also marks a bit of history with the final release of its circus-themed Westland Peat Week bottling, concluding an eight-year run. Read on for full details. 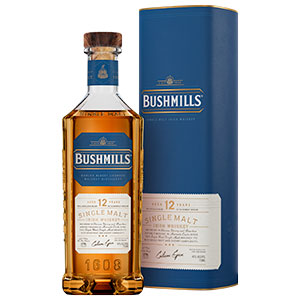 While this whiskey shares similarities with other  Bushmills releases—made from 100% unpeated malted barley and triple distilled in copper pot stills—it separates itself from the pack by marrying two 12 year old whiskeys, one aged in oloroso sherry butts and one in bourbon barrels, and then finishing the blend in marsala wine casks from Sicily.

This is not only the newest permanent addition to Bushmills’ single malt range (which also includes 10, 16, and 21 year old whiskeys), but it’s also the debut of a packaging redesign for the single malts that includes a new decanter-style bottle, and more details about the whiskey on the front label. 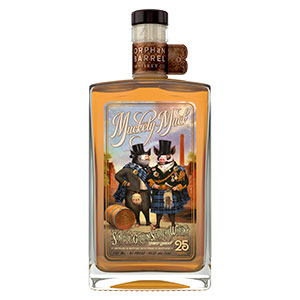 This whisky was distilled at the once-mighty Port Dundas Distillery in the city of Glasgow, which was built in 1811 and grew to become the largest distillery in Scotland. Port Dundas was closed and demolished by owner Diageo in 2011, and not a trace of it remains. But the whisky lives on—aged elsewhere by Diageo in Scotland, albeit in limited quantities. This whisky spent 25 years aging in bourbon casks.

This is Orphan Barrel’s second bottling of Muckety-Muck; it follows on the heels of a 24 year old released in 2020. Muckety-Muck is so named for the piggery that once operated on-site at Port Dundas 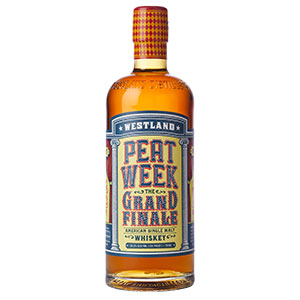 With a label dubbing it The Grand Finale, this is the eighth and final bottling of Westland Peat Week, the special release with festive, circus-themed labeling that marks the distillery’s Peat Week celebration each January. Starting in 2023, Westland will celebrate Peat Week with its new Solum American single malt. Solum uses peat sourced locally in Washington state, in line with Westland’s aim to focus on local provenance. (The Westland Peat Week expressions have all been made from Scottish peated barley.) As the last in the Westland Peat Week series, and with only 212 bottles available, this one will be highly collectible.

While it’s sad to see Westland Peat Week disappear, we’re looking forward to future expressions of Solum. On another bright note, this year marks the return of in-person Peat Week celebrating at Westland’s distillery in Seattle, which kicks off on January 25. Tickets for the Peat Week Symposium on January 25 and the cocktail class on January 27 are already sold out. 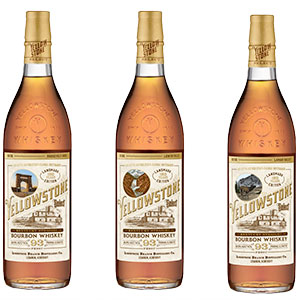 This release celebrates Yellowstone whiskey’s 150th anniversary. It features six editions—with each label featuring a scenic attraction in Yellowstone National Park, the place that inspired the bourbon’s name. That list of six attractions includes Lower Yellowstone Falls, Old Faithful, Grand Prismatic Spring, Minerva Terrace, Roosevelt Arch, and Lamar Valley. A donation of $1.50 for each bottle sold will be made to the National Parks Conservation Association, up to a total of $30,000.

Yellowstone bourbon has a long and distinguished history dating back to the mid-19th century, and in the 1960s it became Kentucky’s largest selling bourbon. During bourbon’s depressed years in the late 20th century, Yellowstone went through a variety of owners before finally ending up with St. Louis-based Luxco, which today is part of MGP. In 2010, seventh generation Beam family members Stephen and James Beam Jr. founded Limestone Branch Distillery in Lebanon, Kentucky, aiming to restore Yellowstone to its former glory. Stephen and James teamed up with Luxco, which still owns rights to the brand, and Luxco acquired a 50% stake in their venture. Limestone Branch also owns Minor Case rye and Bowling & Burch gin. Yellowstone, which is a sourced whiskey, is the flagship. The Beams have succeeded admirably in their mission with Yellowstone, which consistently scores ratings of 90+ ratings from Whisky Advocate’s tasting panel and has become one of bourbon’s true gems. 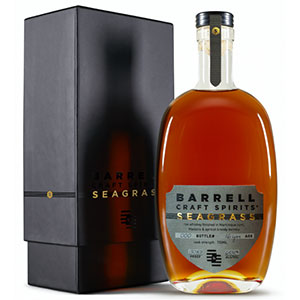 Barrell Craft Spirits returns with a new addition to its Gray Label series. Launched in 2018, the Grey Label series is comprised of older whiskeys, aged at least 15 years. This Seagrass expression is a 100% Canadian rye that has been aged 16 years and finished separately in Martinique Rhum, Madeira, and Apricot Brandy barrels before reaching its final blend.

Barrell Seagrass, an inventive cask-finished whiskey, scored an 88 in our Fall 2021 Buying Guide, and the most recently reviewed Grey Label scored a 93 in our Summer 2021 issue. 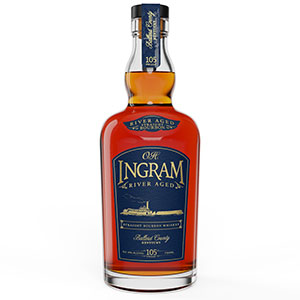 Orrin Henry Ingram founded the Empire Lumber Company in the 19th century, shipping lumber down the Mississippi and Chippewa Rivers. His enterprise evolved into a barge-centered shipping company that remains an industry leader today. In 2015, fifth-generation descendant Hank Ingram launched Nashville-based Brown Water Spirits and established a whiskey aging operation on the Mississippi River in Ballard County, Kentucky, in tribute to the family’s history of working the river. The company’s first release, Ingram River Aged straight whiskey, was introduced in late 2020. It was followed by another straight whiskey, then the flagship bourbon with its mid-rye mashbill, and now this new straight bourbon.The whiskey is sourced from MGP. 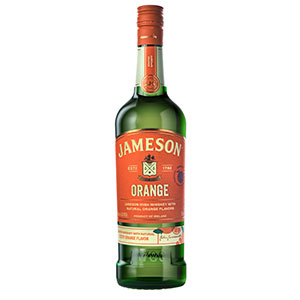 Flavored expressions from Irish whiskey labels are rare, and are more frequently seen in the American whiskey space. Last year, Jim Beam introduced Jim Beam Orange, at 32.5% ABV and priced at $16, with the like-minded idea of serving it as a chilled shot or Highball. American craft whiskey distillers have produced some interesting flavored whiskeys, with noteworthy expressions from FEW Spirits, Eastside Distilling, Leopold Bros., and Traverse City Whiskey Co.