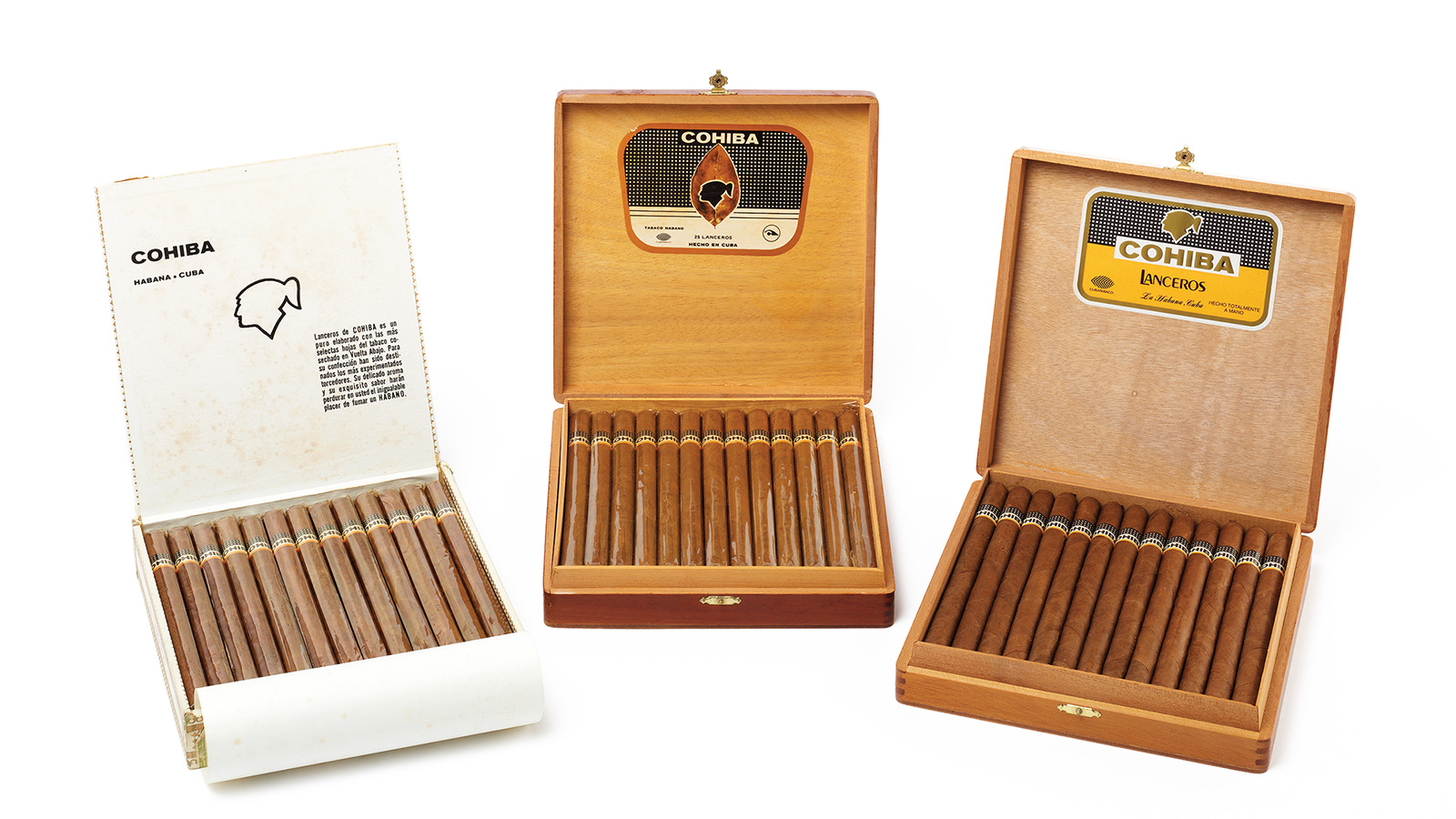 Cuban Cohibas from the '80s and '90s are highly sought after by collectors. (Photo by Jeff Harris)

What comes to mind when you hear the word auction? Art? Wine, no doubt. Fine and rare whiskies for sure, but how about cigars?

Much the way whisky lovers are willing to bid five figures on Prohibition-era bottles, cigar connoisseurs are equally passionate about their pre-Castro Cubans. There’s a dedicated market for vintage cigars—and it’s strong. At auction, boxes of cigars that predate Castro’s revolution usually command thousands of dollars.

Like wine and whisky, cigars can appreciate in value and improve with age. Maturity tends to transform the tobacco’s acidic qualities into something nutty and sweet in a way that only aging can. This makes them valuable to collectors and enthusiasts. However, vintage cigars can also be an academic window into the past and provide the smoker a snapshot of history through period tobaccos. Old cigars are often made from seed varietals no longer cultivated, so it should come as no surprise that a serious cigar hobbyist would have no problem paying thousands for the opportunity to taste these retired tobaccos.

Cuban Cohibas from the 1980s and ’90s, for example, are covered in dark, oily Corojo wrapper leaves. Though Cuba shelved the Corojo seed long ago due to low yields and susceptibility to disease, aficionados regard this leaf as the gold standard of flavor and complexity. Because of Corojo’s inherent savory richness and sublime sweetness, the tobacco aged beautifully—and collectors will pay handsomely for such an experience.

A full box of 25 Cohiba Lanceros made in 1988 recently sold at a London auction for £4,000 (about $5,150). This is a prime example of a marquee cigar draped in the coveted Corojo wrapper. Cohibas from the ’80s and early ’90s also tend to score quite high in Cigar Aficionado’s Connoisseur’s Corner. A Cohiba Esplendido from 1991 recently scored 97 points, as did a Lancero from 1982.

Cuban Dunhills and Cuban Davidoffs are considered pure platinum in the world of cigar collectibles. They’ve long been discontinued and only become more valuable each year. Like scotches from shuttered distilleries, Dunhills and Davidoffs are normally the star lots of any cigar auction.

This particular auction was held by C.Gars Ltd in the UK. If you can’t make it over the pond, not to worry; online bidding is welcome and they hold auctions a few times a year.

As French wines tend to dominate the top auctions, so do Cuban cigars, but a few non-Cuban brands make it to the auction block as well, primarily Dominican Fuente Fuente OpusX cigars and special humidors from Nicaraguan producer Padrón Cigars Inc.

One of the biggest questions you hear regarding vintage cigars is, “Can you still smoke them?” The answer has a few variables. If the cigars have been kept at steady temperature and humidity for most of their existence, a 30 or 40 year old cigar can still be full of life and offer a very satisfying experience.

Keep in mind that some cigars can age out. Smokes that were mild to begin with are not going to give you much flavor 50 years later, especially if they weren’t stored properly. When past their prime, cigars tend to taste dusty, papery, and even, at times, like nothing at all. That doesn’t mean that they’re worthless. It just means that they’re more valuable to collect than they are to smoke, but unless you’re an investor where’s the enjoyment in that? The real thrill, though far from cheap, comes from pairing the right aged whisky with the perfect aged cigar.