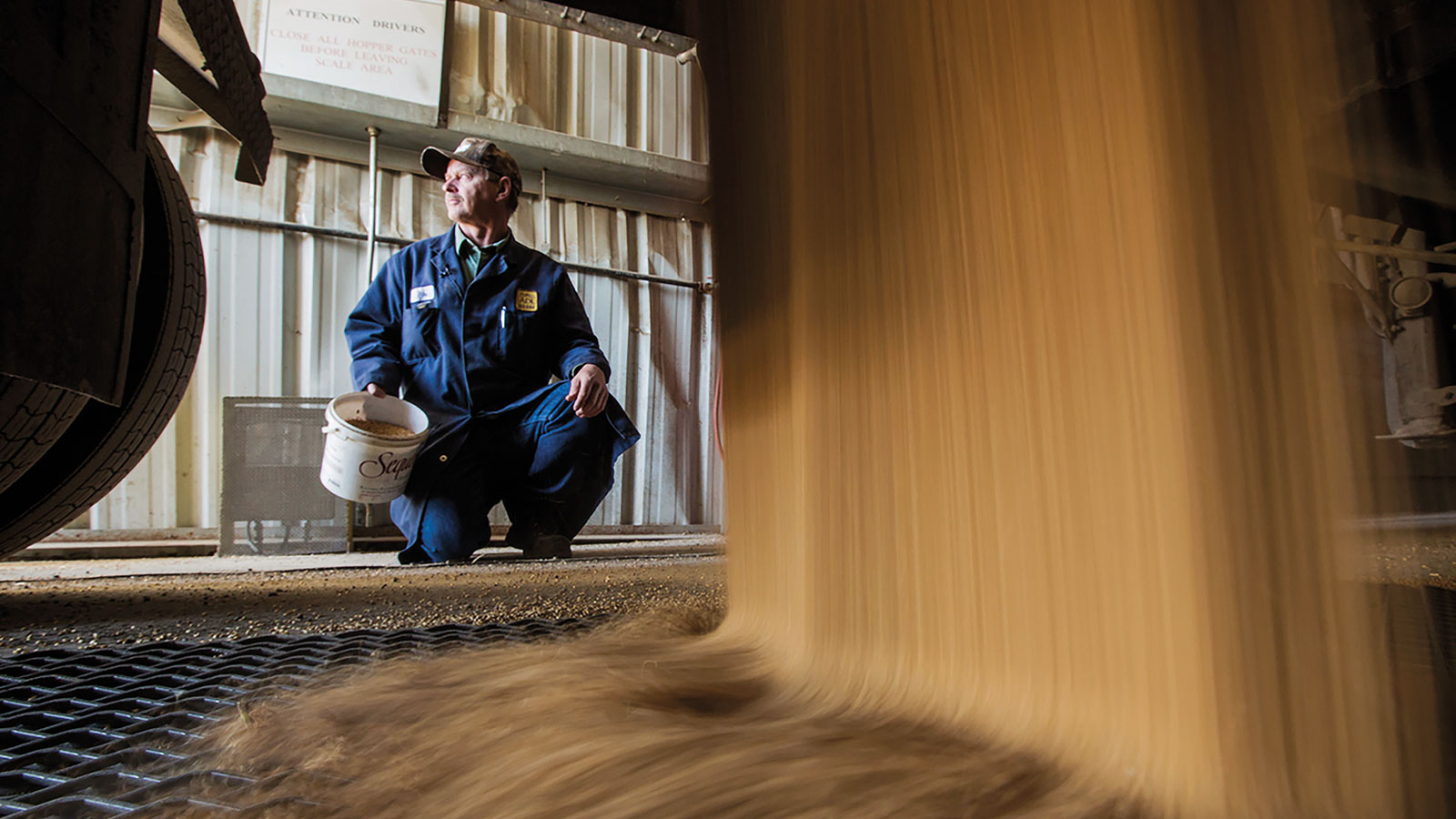 Grain is unloaded at Alberta Distillers in Canada. (Photo by Chris Bolin)

When the U.S. declared Prohibition, Canada’s largest market suddenly dried up, creating serious financial difficulties for most of Canada’s distilleries. Moreover, much of the whisky reaching the U.S. was Scotch and Irish whisky imported to Canada for resale to U.S.-based bootleggers.

Unlike their American counterparts, Canadian whisky makers generally do not use mashbills. Rather, each grain type—corn, rye, wheat—is milled, mashed, fermented, distilled, and aged separately, and only then mingled together as mature whisky. Like all things Canadian, there are exceptions: Canadian Club and Black Velvet distill their spirits separately, but then mingle these spirits before maturing them, rather than after.

Regardless of grain type, Canadian distillers generally make two whisky streams, which they combine after maturation. This is similar to how blended scotch is made. One stream (the “base whisky,” generally the largest component of the blend) is distilled to a high ABV percentage, almost as high as neutral spirits, and then matured in used barrels, creating a spirit that is very light and delicate in flavor. This is one source of the “elegance” of Canadian whisky. The second stream is referred to as the “flavoring whisky.” In order to emphasize yeast and grain-derived notes and wood, the whisky is distilled to a lower ABV level and is usually matured in new virgin oak barrels or in a mix of new and used barrels, which is why it contributes so much to Canadian whisky’s flavor, even if it is often the minor component of the blend.

The addition of non-whisky flavoring is also allowed in Canadian whisky. It’s the so-called “9.09 percent rule.” Such flavoring, if used at all, must be spirit that has matured for at least 2 years in wood, or wine.

With occasional exceptions, each Canadian whisky, just like single malt scotch, is the product of an individual distillery and thus best described as “single distillery whisky.”