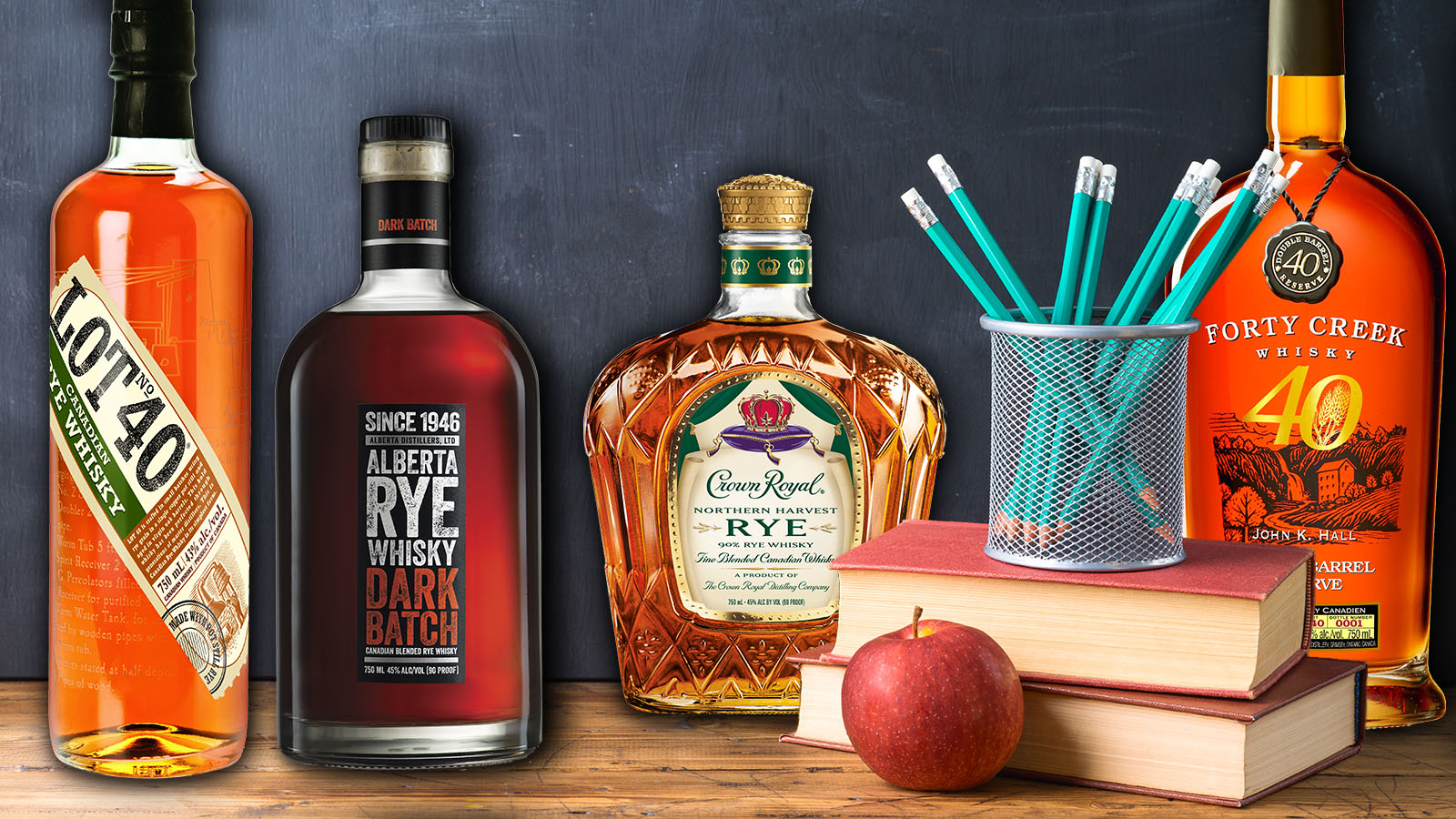 Many connoisseurs of scotch, bourbon, or Irish whiskey are total beginners when it comes to Canadian whisky. The northern country’s long distilling tradition is often overlooked—and rarely appreciated—in favor of buzzier offerings from Kentucky or Japan. Drinkers who aren’t in the know may see the entire category as consisting of only Canadian Club and Crown Royal—light, blended, “smooth” products that hold little interest in today’s explosively diverse whisky world.

But while Canada has often kept its best bottles to itself, the country is also stepping up its exports, sending out splendid whiskies to international shelves. Many are ryes, while others feature rye as the flavoring whisky in a blend. (Learn more about Canada’s tradition of blending flavoring and base whiskies in our Instant Expert guide.) And best of all, they’re very fairly priced.

Canadian Whisky 101: Start Your Education With These Whiskies

Crown Royal Northern Harvest Rye—91 points, $26
If the famed blend in a purple sack has turned you off of Canadian whisky, you need to explore further. This well-regarded blend features 95% rye as the flavoring whisky, along with base whiskies. It’s fruity on the nose, with apples, peaches, and some floral notes. The palate is peppery and resiny, rounded out by caramel. The finish is long and slightly tannic, with just a hint of orange peel.

Forty Creek Double Barrel Reserve—91 points, $47
A good bridge to the category for bourbon drinkers, this blend of rye, barley, and corn whiskies is finished for up to two years in ex-bourbon barrels. Heavy bourbon notes of vanilla on the nose lead into a palate that is mellow and creamy. There is plenty of caramel, toffee, and baking spices, and a little nuttiness. The finish is syrupy and smooth, with a bit of black pepper.

Lot No. 40—94 points, $40
This 100% single pot still rye is full-bodied despite its relatively low proof of 43% ABV—a delicious introduction to the Canadian rye category, boasting quintessential notes of earth and asphalt at the start, leading into a palate that’s just a little fruity. There’s a ton of complex spice, including cardamom, white pepper, coriander, and anise. A slightly woody finish makes this whisky great for sipping neat or in cocktails.

Alberta Rye Dark Batch—87 points, $30
Taking advantage of the fact that Canadian whisky can legally be comprised of 9.09% other aged spirits or wine (really!), this unusual whisky includes 8% bourbon and 1% oloroso sherry. These additions aren’t a gimmick, or way to cut costs, but rather give the blend a rich, dessert-like profile. Dark dried fruits (raisins, prunes, dates) are at the forefront, with bits of chocolate and coffee as well. So close to being cloying, the leather and tobacco notes help reel things in and maintain balance.

Pike Creek Rum Finish—90 points, $30
A good chance to see how experimental Canadian whisky can be these days, this 10 year old corn-heavy blend—with a flavoring rye whisky component amped up higher than normal—is finished in rum barrels. Earthy and fruity on the nose, the body is oily and mouth-coating. There are heavy rum notes, of course—mainly raisins, tropical fruits, and vanilla. Lacking a bit in complexity, it remains eminently drinkable and enjoyable nonetheless.