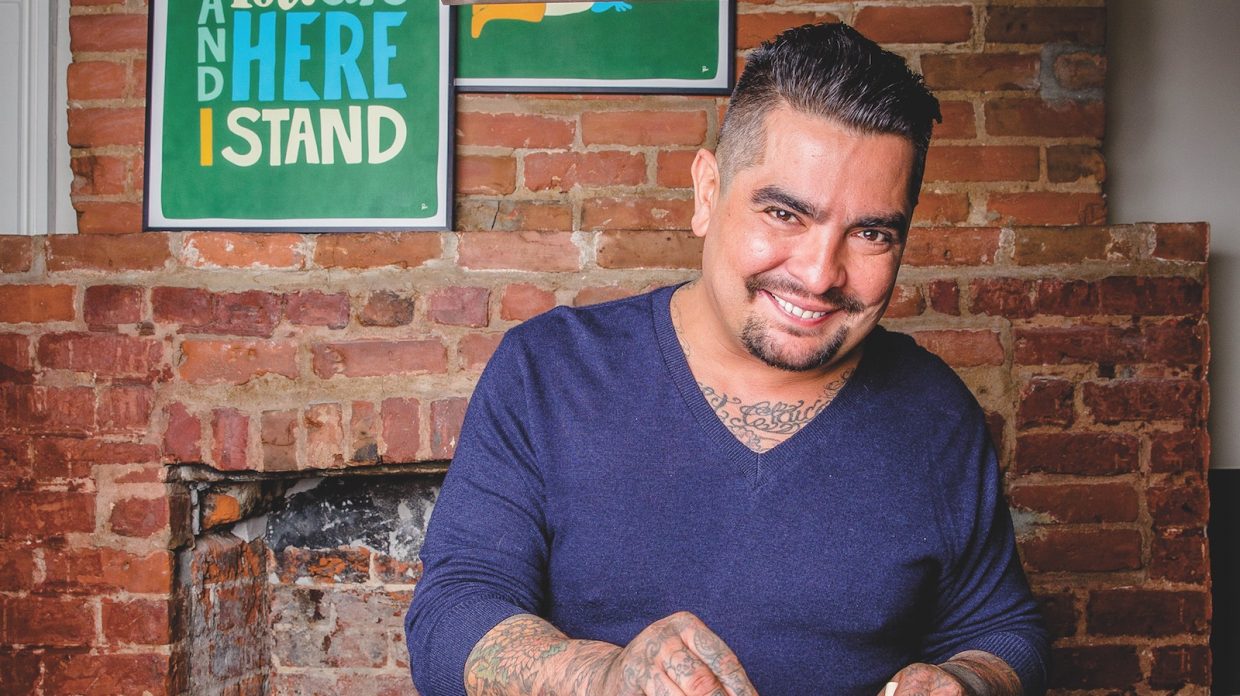 As a restaurateur, Aarón Sánchez knows a thing or two about playing host. (Photo by Gabrielle Geiselman )

The pinnacle of being a great host includes enjoying yourself as a guest, according to Aarón Sánchez, a judge on FOX’s “MasterChef” and chef and owner of Johnny Sánchez in New Orleans. “A great host visits with everybody,” says Sánchez. “Spend time with the people you’ve invited.” At a dinner party in New York City’s Lower East Side, Sánchez spends as much time outside the kitchen as possible, frequently emerging to share photos and stories of his French bulldog, Moose.

We spoke with the celebrity chef about the art of effortless entertaining, from building a guest list to cooking with whisky. “We live in New Orleans,” the MasterChef judge says, “so we’re kind of professionals at throwing parties.”

Invite friends from different circles, adding new faces to an otherwise familiar crowd. “It’s good to have an artist and a chef next to a financial banker. That really makes for an interesting time,” Sánchez says. Sometimes a theme or dress code can be a great equalizer, like when he threw a Christmas pajama party. “Try to take people that are professional seriously when they’re dressed in onesies!”

Sánchez recommends hiring a few servers or a bartender to lessen your burden as host. You can also delegate duties to a well-qualified guest, like relinquishing playlist control to your pal who guest DJs on the weekends. “The big part of having a great shindig is to let people express themselves and have a good time.”

When pairing, Sánchez suggests bites that don’t buckle. “Have food that can stand up to the whisky and to your spirits and not be overshadowed,” he says, suggesting hearty braised short rib empanadas or duck breast poppers. You can also achieve this by using whisky in glazes, marinades, and cures that will highlight “that beautiful smokiness and that beautiful earthiness that whisky inherently has.”

With his memoir “Where I Come From: Life Lessons From a Latino Chef” released in 2019, Sánchez knows how to regale a group with a good story, and it’s part of what draws him to whisky. “I just love old Westerns and I love the idea of a corn-based whiskey…some cowboy having a shot. I just love that whole romance,” he says. Give some thought to how you connect with a particular dram that will help relate your passion for whisky. “I think other than tequila, whisky is the number one-consumed beverage for Mexicans. We love whisky. My dad, that was his jam. He was a whisky guy all day long.” Sánchez, however, favors bourbon to his father’s scotch.