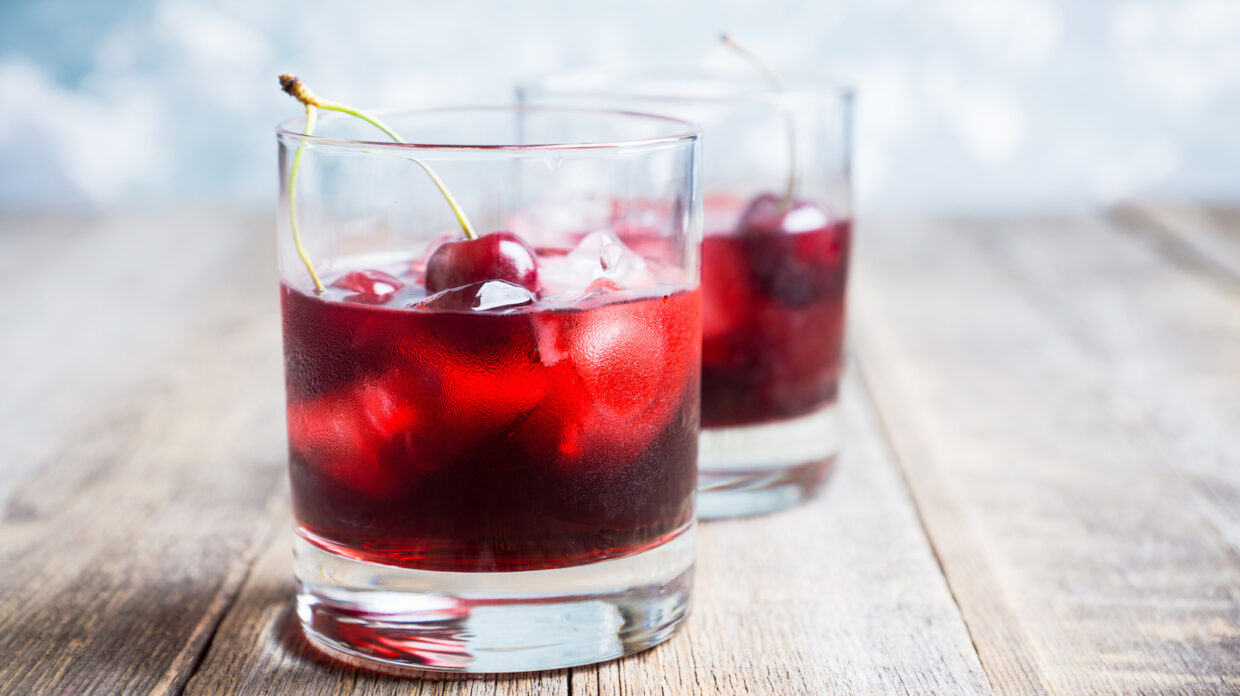 While flavored whiskeys are often looked at askance by drinks connoisseurs, there is nothing inherently wrong with them. Sure, many of them on the market are purely that—“flavored,” with artificial ingredients and sugars that can make them taste cloying and synthetic. That’s not the case in a sub-category of flavored whiskeys that is emerging—ones infused with real cherries—from an epicenter in Michigan.

“We’re a whiskey company based in the cherry capital of the world,” says Chris Fredrickson, co-founder and distiller at Traverse City Whiskey Co. in Traverse City. “And that, combined with our family history in cherry farming—my father is a third-generation cherry farmer—made it an obvious first extension for us.”

He suspects people enjoy these new cherry whiskeys because they’re lower proof (often in the 35% to 40% ABV range) and extremely approachable. Many drinkers find them a refreshing option on ice and likewise great for adding a fun twist to classic cocktails. All the better when these cocktails are garnished with spirit-preserved cocktail cherries, which several distilleries also produce. 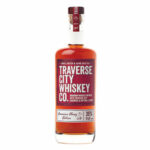 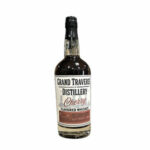 —$40, local or seelbachs.com
Local Montmorency cherry juice is blended with Grand Traverse bourbon. As merely 3% cherry juice is part of the final blend, just a hint of cherry flavor appears on the palate, making this stellar for Manhattans and Boulevardiers. 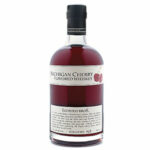 —$33, Colorado only
It’s not so odd that this Denver-based distillery has a Michigan-style cherry whiskey—it initially began operations in Ann Arbor. Montmorency cherries from Michigan are juiced and then blended with Leopold’s small-batch whiskey before resting in used bourbon barrels. 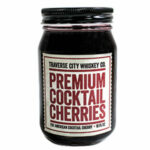 —$16
Northern Michigan Balaton cherries and their natural juice are boiled with Traverse City straight bourbon before jarring. All the alcohol burns off in the cooking process, making the fruits ideal for a Bourbon Smash or ice cream sundaes. 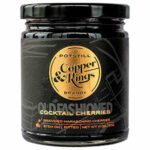 —$12
Bordeaux-style maraschino cherries are marinated in Copper & Kings American brandy. These meaty cherries are perfect for anything from Old Fashioneds and Manhattans to a dessert topping. 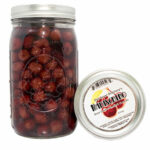 —$12, tasting room only
Fresh Wisconsin cherries are cured in Old Sugar Distillery’s Cane & Abe Small Barrel rum before being cooked and jarred with a blend of sugars and spices. Try them in Wisconsin Brandy Old Fashioneds and Whiskey Sours.

How to Make Your Own Cocktail Cherries

From Steven Grasse, author of “Colonial Spirits: A Toast to Our Drunken History”

Combine 1½ cups whiskey and sugar in a 1-quart jar with a tight-fitting lid. Seal the jar and shake to combine. Add remaining whiskey, cherries, and vanilla bean. Seal and shake.

Strain the mixture through a fine-mesh sieve lined with cheesecloth or a coffee filter. Discard the solids.

Store in a tightly sealed jar or bottle and use within 2 months.